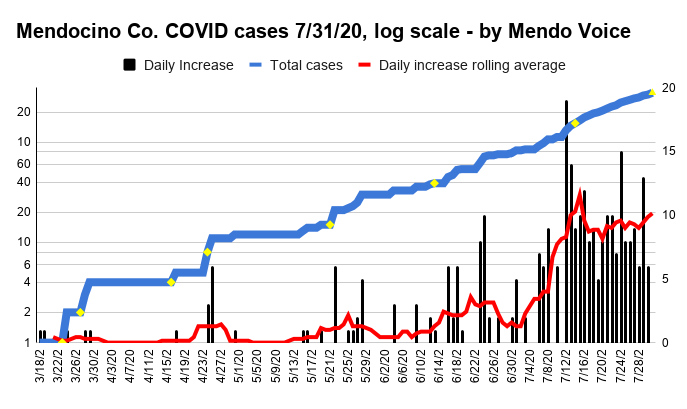 This graph shows total case count as a blue line plotted against the left vertical axis, in a log scale. The yellow times show the intervals at which the case count has double (actually halved, moving backwards from today). On the right vertical axis we see daily increases as bars, as well as a 7 day rolling average of increases as the red line.

There are now a total of 29 COVID cases associated with the facility.