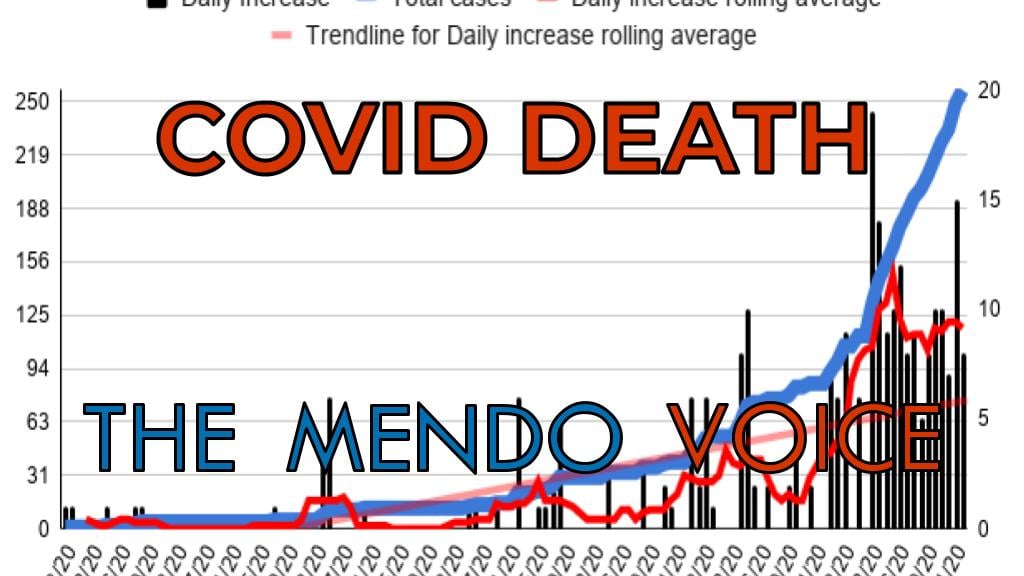 COVID TESTING & VACCINE INFO: For more information on COVID-19 vaccines, testing, and masking, contact the Mendocino County Public Health COVID19 Call Center at (707) 472-2759 or visit their website here. You can read our ongoing coverage of the pandemic here, and find the current county COVID-19 data here.

MENDOCINO Co., 8/24/21 — Mendocino County Public Health announced another death from COVID-19 today, an 88-year old woman from Covelo who was unvaccinated. The county has announced a total of two deaths in the last two days and five deaths from the virus since Monday, August 16, including the youngest person to die in Mendocino County so far, a 41-year old woman from Willits. An additional 67 positive cases were also announced by public health today, and there are 18 people hospitalized and eight people in the intensive care unit.

According to today’s dashboard, there have been 183 cases of COVID-19 reported out of 48,044 vaccinated people in Mendocino County, putting the average vaccine efficacy rate locally at over 99.6%.

You can read our most recent coverage of COVID-19 in our August 23 article, including an update on hospitalizations, vaccines, schools and more, or read all our previous pandemic reporting here.

Here’s the announcement from public health:

An 88 year old Covelo woman has been confirmed as Mendocino County’s 59th death. At this  time Public Health asks all Mendocino County residents to exercise caution when placing  themselves in situations that could expose them to COVID-19, especially considering the new  more infectious Delta variant. Mendocino County Public Health asks that you follow all CDC and  CDPH guidance’s at this time. Vaccination, masking and social distancing remain the best  options for combating the COVID-19 Virus.

The individual in question was not vaccinated.