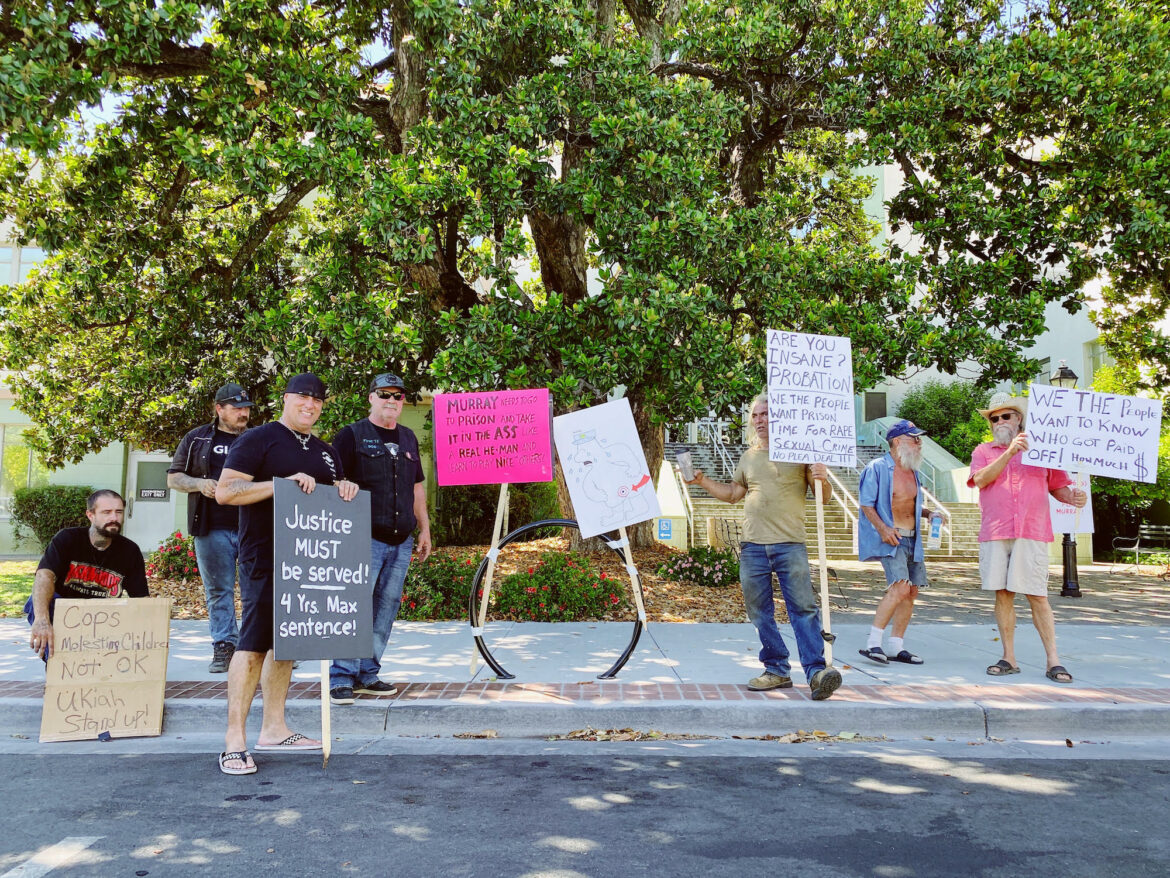 UKIAH, 8/24/22 — This morning Mendocino County Superior Court Judge Ann Moorman canceled a controversial sentencing hearing for ex-Ukiah Police Department Sgt. Kevin Murray one day after a protest against Murray’s plea deal outside the courthouse. Murray was initially charged with multiple sexual assaults as well as gun and drug violations, but over roughly 20 months his attorneys pleaded those charges down to one felony for dissuading a witness and one misdameanor for false imprisonment.

The deal allowed Murray to dodge mandatory registration as a sex offender. The minimum sentence stipulated in Murray’s plea is 16 months in state prison, but defense attorneys wrote in a pre-sentencing memorandum that their agreement with the court does not involve jail time. The case continues to generate ongoing public outcry.

Murray’s sentencing was scheduled for 2:30 p.m. this afternoon, but Mendocino County Superior Court Judge Ann Moorman filed an order this morning vacating that hearing and postponing it to a future date, which has yet to be determined. This is atypical in criminal cases, where hearings are generally rescheduled in open court. Moorman’s reasons were not explained in her order to the court, and it is currently unclear when or how the case will proceed.

The Voice reached out for more information from District Attorney David Eyster around 10:45 a.m. and will update this story if additional details are made available.

Previously: our early coverage of Kevin Murray and the Ukiah Police Department.