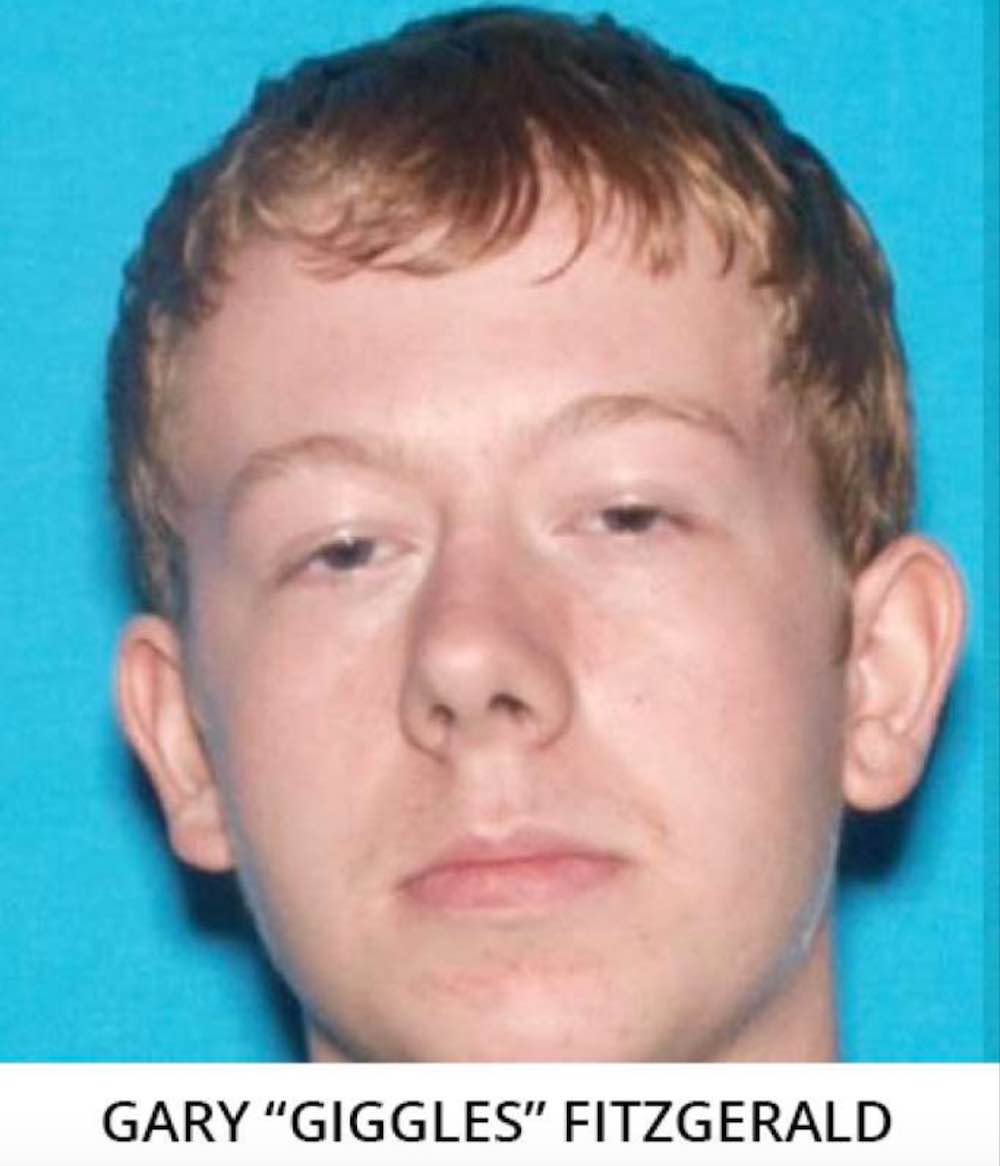 Gary "Giggles" Lynn Fitzgerald was arrested November 25 in Ukiah for the murder of Jeff Settler. Photo from MCSO. 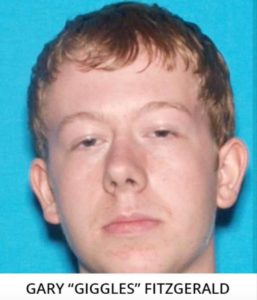 Gary “Giggles” Lynn Fitzgerald was arrested November 25 in Ukiah for the murder of Jeff Settler. Photo from MCSO.

MCSO has issued a press release about Fitzgerald’s arrest. The release also states that after making contact with suspect Amanda Wiest, she and her four year old are no longer considered suspects in the homicide, but are now considered victims of a kidnapping. See the full update here.

Lt. Shannon Barney said this morning that suspect Amanda Weist has been cleared of suspicion, and that Fitzgerald turned himself in to MCSO, in an interview with the Lost Coast Outpost.

MENDOCINO Co., Nov. 25, 2016 — Mendocino County Sheriff’s deputies arrested Gary Lynn Fitzgerald in Ukiah on November 25, for felony murder. He is the second suspect taken into custody in the homicide of Jeff Settler, which took place in the early morning of November 11 outside Laytonville. Fitzgerald was booked at 5pm on felony murder charges, his bail was set at $650,000.

Fitzgerald, who was also known as “Giggles,” is a 5’11, 23 year old white male with an Arcata address, according to the Mendocino County Sheriff’s booking log, although he was previously described as being from Roanoke, Illinois. The MCSO has not yet issued a statement on the arrest and no further information is currently available. A photo did not accompany the booking logs; the one shown here was released previously.

The previous suspect arrested, Zachary Ryan Wuester, 24, of Haskell New Jersey, was convinced to turn himself in Willits on November 14. Wuester was also held on murder charges with a $650,000 bail.

Law enforcement officers are still seeking several other people in connection to the murder, including Gary “Cricket” Blank III, Jesse Wells, Michael Kane, Frederick “Freddy” Gaestel and Amanda Weist. Additional there is another man known as “Richie” that has not been identified yet. He is described as “a black male adult, approximately 25 years of age, thought to possibly be from the San Diego area.”

Wuester is alleged to have murdered Jeffrey Settler in the early morning of Friday, Nov. 11, in connection with a marijuana robbery. Wuester had been hired by Settler to work as a trimmer. Wuester and the other suspects then fled.

Settler’s, who was described as “a peaceful and loving man,” was buried by his family and friends at the Laytonville cemetery this week. Originally from Lubbock, Texas, he had lived in Laytonville for over 15 years. He is survived by his mother and father, Gregory Quinn Settler and Deborah Jean Settler, his partner Ashley and his children, as well as siblings Douglas Quinn Settler, Misty Dawn Settler, Bradley Quinn Settler & Robin Jean Settler, many nieces, nephews and a grandniece.

On Facebook, his father thanked “Mendocino County Sheriff’s Deputies and all those involved in Gary’s arrest.” A fund for the family has been set up here.

The photographs of the remaining suspects can be found here. For previous articles on this developing situation check here, here and here.