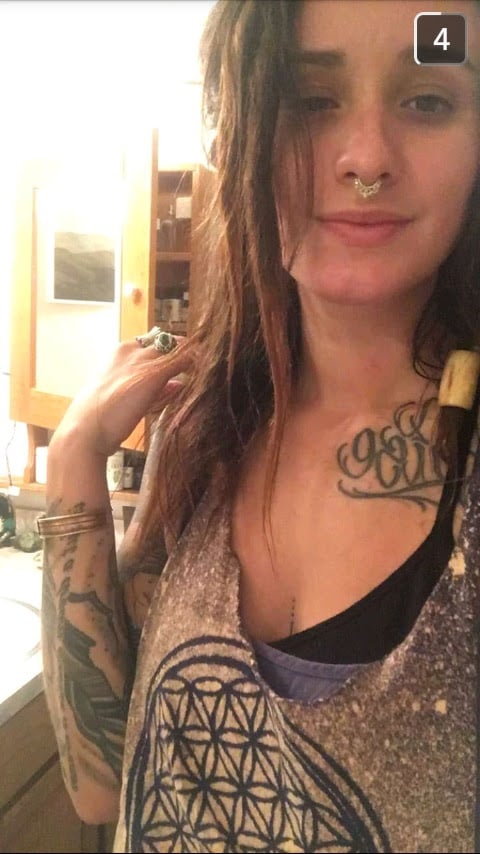 MENDOCINO Co., Nov. 28 — The Mendocino County Sheriff’s Office has released a statement on the arrest of Gary Fitzgerald, a suspect in the murder of Jeffrey Settler. Notably, the release reclassifies Amanda Wiest from a suspect, to a victim. She was previously sought in connection with the murder, but the MCSO now believes that she and a four year old child were kidnapped as part of the murder.

According to the statement, Fitzgerald turned himself in on the evening of Wednesday, Nov. 23, 2016.

Other suspects remain at large, if you have any information you are urged to call the Mendocino County Sheriff’s Office Investigative Services Unit at 707-463-4111 or the Sheriff’s Office Tip Line at 707-234-2100.

The press release email included copies of previous press releases, we have edited those out for clarity. They can be read in our previous coverage, here, and here.

During this investigation the Mendocino County Sheriff’s Detective Unit was able to contact and interview Amanda Wiest,  a 26 year old female, from Fairfax Virginia, who had previously been listed as a possible suspect in this case. At the conclusion of that interview Wiests’ status has been changed from suspect to victim of a kidnapping along with a four year old child.  Charges of kidnapping with be forwarded to the District Attorney’s Office for review in addition to the charges of homicide and robbery against the suspects in this case.

On 11/14/16 at 9:25 PM, Mendocino County Sheriff’s Detectives contacted Zachary Ryan Wuester, 24, of Haskell New Jersey in the 100 block of East Commercial Street in Willits and arrested him without incident on an arrest warrant for 187 PC (murder) and 211 PC (robbery). The Mendocino County Sheriff’s Office had been contacted by a Deputy United States Marshal who had been in contact with Wuester and convinced Wuester to surrender himself to authorities.

Wuester was booked in the Mendocino County Jail for a Mendocino County Superior Court arrest warrant alleging murder and robbery. His bail was set at $650,000.  Wuester was also found to have felony warrants out of New Jersey and Virginia, both of which were narcotic related offenses.  The out of state warrants have a “no bail” status.

This investigation is ongoing and the Mendocino County Detectives are looking to locate and interview Gary “Cricket” Blank III, Gary “Giggles” Fitzgerald, Jesse Wells, Michael Kane, Frederick “Freddy” Gaestel and Amanda Weist.  There is one additional suspect that has not yet been identified.  This person is only known as “Richie”, a black male adult, approximately 25 years of age, thought to possibly be from the San Diego area.

The Sheriff’s Office will not be releasing the cause of death of the victim at this time.  All press information will be released in the form of updated press releases to protect the integrity of the investigation.

Any persons with information about this incident, or the current whereabouts of the named suspects are encouraged to contact the Mendocino County Sheriff’s Office Investigative Services Unit at 707-463-4111 or the Sheriff’s Office Tip Line at 707-234-2100.

The property was a rural parcel approximately 5 miles from Highway 101, on a dirt road that traveled in a westerly direction.

Deputies responded to the scene confirming there was a male adult who was obviously deceased as a result of what appeared to be a violent assault.

During the investigation it was determined the deceased male adult, Jeffrey Quinn Settler, was operating a commercial marijuana growing operation on the property.

In the early morning hours of 11-11-2016 (Thursday), multiple subjects who had been recently employed by Settler as marijuana trimmers returned to the property in the middle of the night with the intent to commit robbery of processed marijuana.

The investigation has revealed the subjects knew the marijuana was stored in the same structure where Settler slept and the subjects violently assaulted him during the robbery, causing his death.

One of the vehicles is believed to be a blue 2017 Volkswagen Golf 4-door sedan displaying Virginia license plate number VHR5611.

Sheriff’s Detectives have obtained a murder/robbery felony arrest warrant for Zachary Wuester, who was identified as being one of the subjects involved in this case.

A statewide Be-On-The-Look-Out (BOLO) was disseminated for all the subjects and Sheriff’s Detectives will be seeking arrest warrants on the remaining subjects in the near future.

The investigation has shown no evidence or inference that the marijuana growing operation was for medical purposes and Sheriff’s Detectives believe it was solely for the purpose of commercial gain.