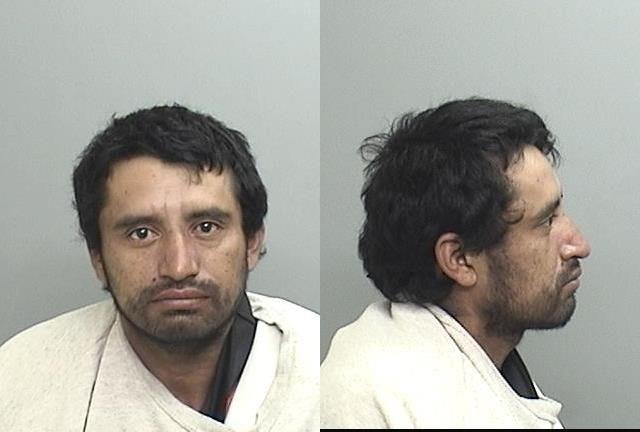 MENDOCINO Co., 12/24/21 — The driver arrested for his role in a fatal crash Tuesday evening in the Ukiah area has been charged with gross vehicular manslaughter while driving under the influence and driving without a license, according to a criminal complaint prosecutors filed Thursday.

Ezekial Guzman, a 35-year-old resident of Ukiah, was arrested by the California Highway Patrol (CHP) at the scene of a head-on collision on Talmage Road just east of Hastings Road — right near the edge of Ukiah city limits. Investigators allege Guzman was driving east around 6:45 p.m. when he drifted into westbound traffic and struck another vehicle head-on.

The front passenger of Guzman’s vehicle died at the scene. Guzman and a passenger in the backseat suffered moderate injuries. None of them were wearing seatbelts. The decedent has been identified by prosecutors in court documents, but The Mendocino Voice is temporarily withholding that individual’s name pending confirmed notification of next-of-kin. The victim’s age and city of residence have not yet been released by the Mendocino County Sheriff’s Office (MCSO) coroner’s division.

CHP officers identified the driver of the other vehicle as a 38-year-old man from Potter Valley. He also suffered moderate injuries, but was wearing his seatbelt, and is expected to survive.

Guzman was treated for his injuries before being booked into jail around 3:30 p.m. Wednesday. He remains in custody on $250,000 bail. Public records indicate that at the time of Tuesday’s crash Guzman was on probation for a misdemeanor DUI conviction in 2020 in which he pleaded no contest to charges of driving without a license and driving with a blood-alcohol content in excess of 0.15%. Guzman was also charged with hit-and-run in that case, but that charge was ultimately dismissed. Guzman is scheduled to appear before Judge Keith Faulder for arraignment on new charges in Mendocino County Superior Court around 9 a.m. Monday, Dec. 27.