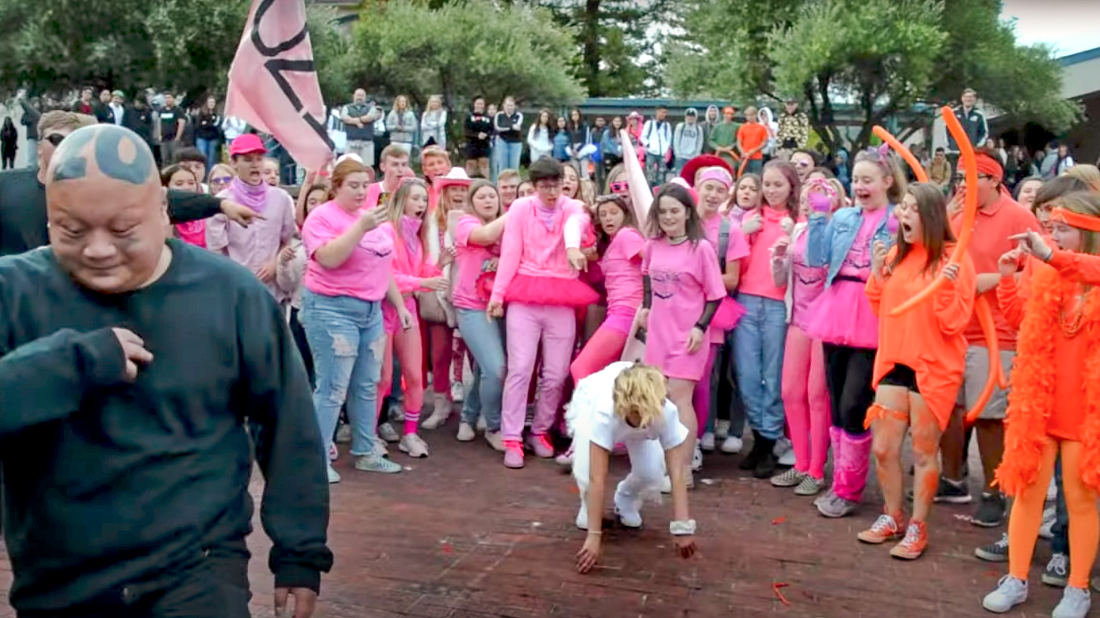 MENDOCINO Co., 7/21/20 — “We would all rather go back to school, but understand if we can’t,” said Emma Dolan, senior at Ukiah High School.

For Ukiah High students, August 17, the start of the school year, was to be a special date — the end of an interminable quarantine, which lasted all spring and summer. A sweet release after five of the longest, most socially isolated months of their lives. The chance to finally see their friends and classmates again. Incoming seniors, especially, still hoped that they could have experiences such as homecoming and senior prom.

Michael Leggett is the senior class president and runs track and cross country. “I look forward to the last experiences of high school, like senior prom and homecoming; but more than anything I’m just excited to have another final year of enjoying school and having fun,” he said.

But last week, Governor Newsom announced that schools in counties on the monitoring list would remain closed, and Mendocino Public Health Officer Dr. Noemi Doohan recommended that schools begin the year online. On Friday, the Ukiah Unified school board convened in a special meeting and voted to begin school online, what they call distance learning. At that point, the reality had sunk in that the five months of isolation might continue into the fall and beyond.

“I just hope that the extracurriculars kids like can still happen, so we can have a way of self-expression,” said Meka Shibata, an incoming sophomore. Meka wrestles and sings in a choir. Both activities have been cancelled because of the pandemic.

While students understand the potential risk, by and large most students interviewed said that they would rather be in school in person two days a week and following social distancing and health precautions, than spend another semester in their homes.

“I’d be disappointed if school went online,” said Payton O’Ferral, president of the sophomore class, right before the board voted on their decision, “but for the safety of students I’m willing to try.”

Just last Monday, the plan was still for Ukiah Unified schools to reopen in-person. The Board had voted to follow a hybrid model, with half the student body at school on Monday and Tuesday and the other half on Thursday and Friday. The decision to open up schools was met with, in the words of Doug Shald, communications director for Ukiah Unified, opinions that were “all across the board” from people who were all “very passionate.” On Facebook, backlash, outrage, and confusion at the decision seemed to overwhelm positive reactions.

Then coronavirus cases in Mendocino County spiked nearly 50 cases in five days, and Dr. Doohan recommended that schools in the county remain closed. On Friday, at the same time the school board met in a special meeting to reverse the decision they had made on Monday and decided to begin the year online. The same day Gov. Newsom ordered in his press conference that most schools in California would begin online.

“Obviously I feel kind of sad,” said Diya Patel, who was previously interviewed for her award winning photo in this article. “I’m going to be a senior but probably am not going to have regular experiences, such as homecoming, which is kind of disappointing, but it is what it is.”

“I had a hard time because it’s not the same as sitting in a classroom and asking questions. Teachers are not as engaging online, and it’s not a great learning environment.”

Lindsay’s grades actually improved during the online half of the spring semester. However, she still felt like her classes were more difficult online. “My grades improved, but that was mostly because teachers gave us more opportunities to raise our grades. I mainly felt like it was harder for me to learn the material.”

“It was tough to stay away from people, and online learning made it harder for me to understand concepts,” said Meka.

Diya Patel was also critical of online learning, “When we did online learning last semester, I didn’t really comprehend the material and just tried to get it done.”

“I think it depends how well you can deal with tech and how good you are with it,” said Anthony Baroza, a recent graduate who did his last two months of high school online.

Despite all wishing they could return to school, students were not all confident that the school could keep everyone safe and in line and completely mitigate risk.

“I don’t think that everyone will follow the rules. Some people will not because they don’t want to,” said Diya Patel regarding the feasibility of the hybrid option. “I’m not so sure it’s going to work out, I think it’s going to be really hard.”

Recent grad Baroza, who organized his own outdoor graduation, explained that on the one hand, “You can’t tell teenagers no — they’ll find a way to spend time with their friends.” On the other hand, he still believed that the school “would be capable of pulling it off.”

Anthony works at the Summer Safari camp in Ukiah, where he’s a counselor for a “pod” of ten 5 to 7 year-olds. “If the kids look at something, we have to disinfect it,” he joked. He thinks that if they can minimize risk of infections with kids, the schools should be able to do the same with older teenagers. However, he also recognizes that it would be much more difficult to mitigate risk indoors.

“There’s going to be danger, but I think the school can minimize it and keep everyone in check and doing what they have to do,” said Lindsay.

“The school board is definitely looking at students as a mature group and trusting us to be careful and wear masks and do our best to return as soon as possible,” said Emma Dolan, incoming senior and president of the Associated Student Body.

One thought on “Students express dismay at new year of distance learning; we asked them what they think”