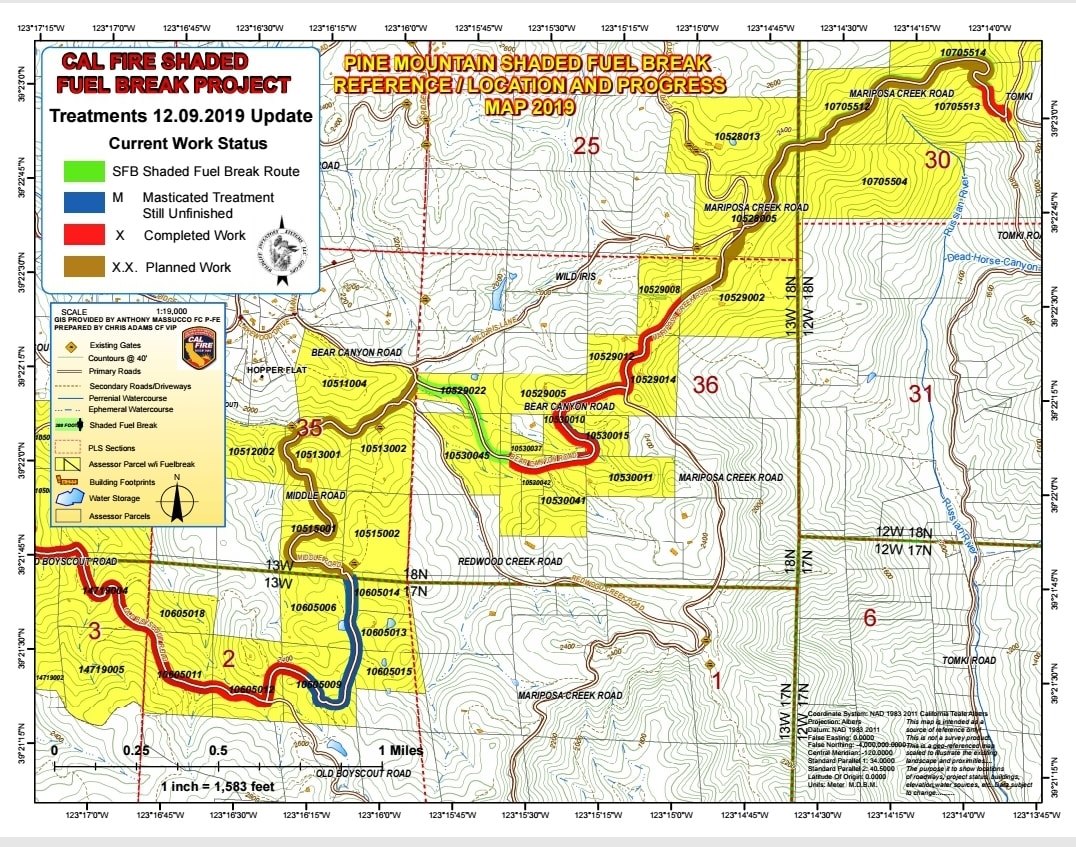 MENDOCINO Co., 12/9/19 — Cal Fire is conducting prescribed burns around the Ukiah valley and around Pine Mountain this month, as part of Governor Gavin Newsom’s 35 priority fuel reduction projects, which include both the Ukiah Valley and the Willits-Brooktrails area. Most recently brush was burned in the Pine Mountain area.

Smoke and fire may be visible in the Ukiah area at different locations around the valley from 10 a.m to 5 p.m. daily, and over 26,500 acres will be burned during these projects.

The U.S. National Forest Service is also conducting prescribed burns in several different districts in the Mendocino National Forest, including Upper Lake, during this month.

The Cal Fire projects in the Ukiah Valley and Willits area are designe specifically to target high risk and high priority areas to reduce fuels in proximity to residential areas, since it is particularly in the urban-wildland interface regions of the state that wildfires present the greatest danger.

“In its full scope the 26,541 acre Ukiah Fuels Reduction Project protects approximately 39,195 residences in the Ukiah area. The project will include areas South of Lake Mendocino, the communities of El Dorado, Vichy Springs, Talmage, the Western Ukiah hills, the Turtle Creek drainage, Ukiah Valley and the base of Cow Mountain,” said Cal Fire press release.

Here’s more information about the fuel reduction project from when it was first announced, and read the full report on Cal Fire’s site. Cal Fire has been undertaking aspects of the project since earlier this year, and now that winter weather has arrived, the agency has resumed prescribed burns in a number of areas.

You can find additional details from the Cal Fire Mendocino unit in the full press release included below. There also also maps of the designated burn areas for the Ukiah valley and Pine Mountain, below.