UPDATE 5/30/17: The MCSO has put out a press release on this incident, for the full story follow the link:

Police are searching for suspects in Laytonville weed theft

UPDATE 9:10pm: Information from sources in the area are reporting that the law enforcement activity was likely due to an attempted robbery or trespassing at what has been called a compliant cannabis farm, but this has not been confirmed. Mendocino County Sheriff’s Office has been contacted for additional information but they have not yet responded — it is a holiday.

UPDATE: 2:40pm: We’ve received some new info on the developing situation near Rattlesnake Summit, north of Laytonville, where scanner traffic has indicated that there maybe be several armed subjects, and police have responded. (Scroll down for the original post)

Via Kym Kemp of Redheaded Blackbelt, David Jeffreys, a RHB reader states that he passed through the area at about 1:40pm, and spotted a few clusters of law enforcement cars. He reports that, “The pull out on the Northbound side of the 101 just north of the hunt ranch entrance had to CHP and two Sheriff’s.”

Jeffreys was also kind and insightful enough to send a long an image of a Google map with the locations pinned.

This area is about 7.25 miles north of Laytonville: 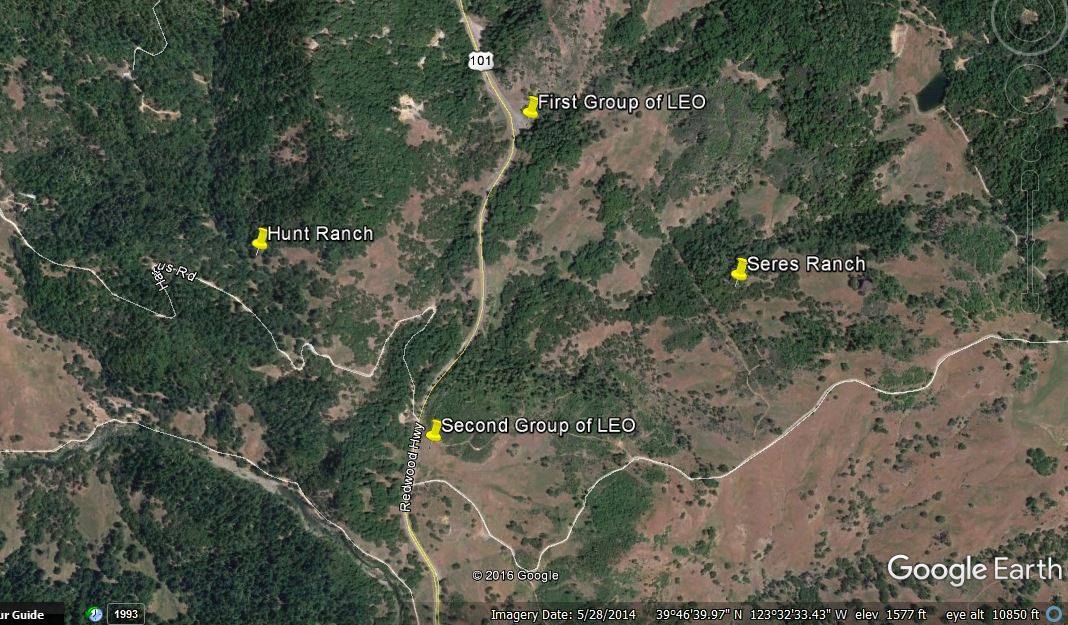 Courtesy of David Jeffreys, a map of the area where scanner traffic has indicate there are armed subjects.

MENDOCINO Co., 5/29/17 — According to scanner chatter there are reports of multiple armed suspects near Rattlesnake summit, north of Laytonville. Sheriffs deputies and CHP have been dispatched as of about 12:30pm.

The quote from the scanner is: “Reports from S.O. of multiple subjects armed, holed up in the woods near rattlesnake summit.”

We’ll continue to update as the situation develops.

The following is from our colleagues at Mendocino Sports Plus:

3 thoughts on “Reports of multiple armed subjects north of Laytonville”