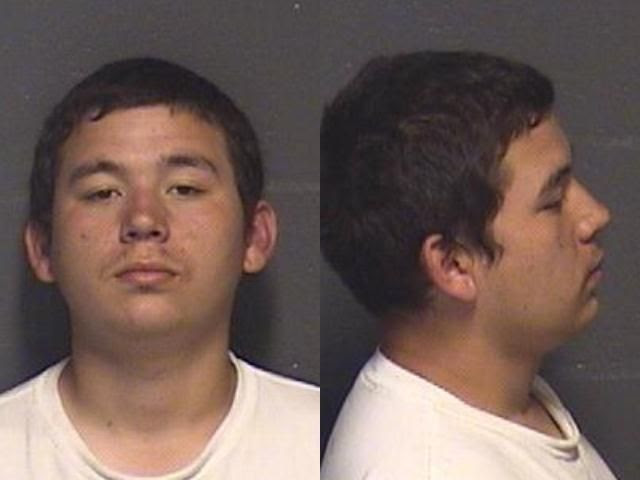 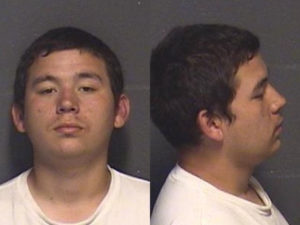 MENDOCINO Co., 5/27/17 — Alexander Coan, 20, has been charged with homicide in the killing of Jamie Shipman, 57, of Caspar. Coan is the son of Kelley Coan, 39, who had previously been the primary suspect, and has already been arrested and charged in the murder. Investigators had previously not had enough evidence to charge Alexander as well, however, developments in the investigation provided Mendocino County Sheriffs Office detectives with enough evidence to procure a warrant and arrest Coan, today at about 3:00pm. He had been staying in Comptche.

Both Coans, mother and son, are now being held in the murder. Shipman was killed on Tuesday, May 23. Kelley Coan was lived on the same property as Shipman, and allegedly an altercation between the two ended in Shipman being killed. The way in which she died is not clear, though neighbors heard gunshots, which prompted them to call the police.

Alexander Coan is being held on $500,000 bail, and his case is being referred to the Mendocino County District Attorney for prosecution.

**UPDATE #2, 5/27/2017**
On 5/27/2017 around 3:00 PM Mendocino County Sheriff’s Detectives, after conducting follow investigation related this case, responded to the 10800 Block of Docker Hill Road, in Comptche, where they believed suspect Alexander Coan, 20 years of age, might be staying.  Alexander Coan, shown in the below photograph from several years ago, is the son of suspect Kelley Coan and had been questioned on the day of the crime and released.  At the time Detectives did not believe there was enough evidence to identify him as a responsible party in the crime.The Mendocino County Sheriff’s Office will not be identifying what evidence was later discovered that led them to name Alexander as a suspect and to seek a warrant for his arrest.  The investigation has been ongoing since the day of the crime and Detectives now believe he was an active participant in the homicide.  The case is being forwarded to the Mendocino County District Attorney’s Office for prosecution.

Alexander was found to be staying on Docker Hill Road in Comptche.  He was contacted at that location and arrested on a warrant charging him with homicide (187 PC).  He will be booked into the Mendocino County Jail and will be held on $500,000 bail.

On 5/24/2017 around 5:15 PM the Mendocino County Sheriff’s Office was contacted by the San Joaquin County Sheriff’s Office and was advised that suspect Kelley Coan was in custody in that county.  Apparently the suspect facilitated her surrender in that county, after contacting a private attorney.  The suspect had been in possession of the victim’s vehicle which was also recovered in San Joaquin County.

Mendocino County Sheriff’s Detectives are currently enroute to San Joaquin County to conduct an interview of the suspect and to make arrangements to tow the victim’s vehicle back to Mendocino County to be processed for evidence.

The suspect has been booked into the San Joaquin County Jail on one count of homicide (187 PC) and is being held on a no bail status.

Around 11:12 AM a medical aid call was received from a resident, who lives south of the original caller, requesting and ambulance for a female who was down and injured.  Medical units and Sheriff’s Deputies responded where they located victim Jamie Shipman, 57 years of age, deceased.  The evidence located at the scene indicated Shipman was the victim of a homicide.  Sheriff’s Detectives, assisted by investigators of the Mendocino County District Attorney’s Office, responded and assumed the investigation.

Detectives learned the victim and her husband have lived on the property for several years as did the suspect, Kelley Coan, 39 years of age, and her son, 20 years of age.  The investigation revealed the Coan was upset with the victim and her husband about a dispute related to the property they all lived on.  The victim’s vehicle was missing from the scene.  Evidence at the scene led detectives to believe Coan was responsible for the homicide and a warrant is being sought at this time for her arrest on a charge of murder.

The victim’s vehicle is still outstanding and is described as a 2009 Chevrolet HHR, California license plate #6JWT270.  A photograph of the vehicle is attached below.

Kelley Coan, shown in the attached photograph from 2007, is also outstanding.  She is described as a white female adult, 5’06” tall, weighing approximately 140 pounds, with brown hair and hazel eyes.

The Sheriff’s Office is requesting anyone with information related to the whereabouts of the suspect, the victim’s vehicle, or pertinent information about this case to contact the Sheriff’s Dispatch Center at (707)463-4086 or the Sheriff’s Tip Line at (707)234-2100.