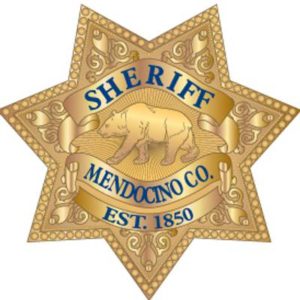 Mendocino County comes from a variety of sources, including state programs, federal grants, and local taxes. What ordinary citizens might imagine as one flow of money, is actually several streams that come together. And each one of these streams requires its own application process, and these applications processes can also give the ordinary Mendonesian a bit of a glimpse into the operation of the weed pulling system deployed.

One piece of this pie was revealed during the November 14 board of supervisors meeting, when a $215,000 application for a federal Department of Justice grant submitted by Sheriff Tom Allman for the County of Mendocino Marijuana Eradication Team (COMMET) was retroactively approved as part of the consent calendar, though CEO Carmel Angelo had signed off on an emergency application in August.

In the funding application Allman outlines the team’s main goals, and lists specific items the requested money will be used for, including overtime pay, storage and supplies, and the restoration of a Marijuana Overflight Marijuana Identification School which teaches law enforcement officers from around the country how to identify pot gardens from the air. The document also provides insight into the MCSO’s philosophy and approach to getting rid of cannabis and how it has shifted over time. For this funding cycle, COMMET’s stated objectives are to investigate butane honey oil (BHO) facilities, continue several ongoing investigations, and to work with Fish & Wildlife officials identifying illegal water diversions to cannabis gardens.

COMMET is staffed with personnel from the sheriff’s office, and its stated mission is to destroy trespass grows, and, more recently, BHO operations, identified by the sheriff in the funding application as a danger to public safety. The team works closely with the California Department of Fish and Wildlife, the Mendocino Major Crimes Task Force, the federal Drug Enforcement Administration (DEA), the state’s Campaign Against Marijuana Planting (CAMP), Homeland Security, US Forest Service, and the National Guard, as well as county’s air quality agency and the Mendocino Environmental Health Department.

Funding requests over $50,001 require approval by county supervisors, but the County CEO can make an exception for an urgency, as Allman notes in his Aug 9. letter to Mendocino County CEO Carmel Angelo. The letter cites county policy that allows the CEO to sign off on such applications if a time restriction limits the department from going to the board, and as long as that department takes the item to the supervisors at the next available meeting. Allman wrote the DOJ’s “Domestic Cannabis Eradication Program” had changed their funding cycle for 2016-2017, from a calendar year to a fiscal one, and that MCSO needed to stay in the running for program funds, although he wouldn’t know if any were awarded until after the funding cycle.

The final application was signed by Allman on August 16, along with Angelo, Deputy CEO Alan Flora, and a deputy of County Counsel Katharine Elliott. A supervisors’ meeting took place that day but there was no request from MCSO on the agenda.

According to the application, in 2016 COMMET seized 152,128 marijuana plants and seized $11,420, along with 1,537 lbs of processed marijuana from 62 sites. The agency made 38 arrests and seized 30 firearms, two vehicles, all from outdoor or light deprivation cannabis gardens. Only 5% of the raids were carried out on public lands, while 95% were on private property. Indoor grows accounted for 10% of the activity, while 90% of the grows were outdoor.

Allman writes that the number of plants seized increased in 2016 — although gardens had fewer plants than in previous years; some had several hundred plants, and some had multiple sites that were difficult to connect. Law enforcement officers continued to discover BHO operations, and noticed an increase in light dep greenhouses and a move from trespass grows to cultivation on privately owned properties. “In 2015 four out of the five homicides investigated by the Mendocino County Sheriff’s Office were related to marijuana cultivation related activities,” Allman states.

Last year, the California National Guard provided three days of reconnaissance overflight training, but this year, the sheriff says he would like to re-commence a two-week DEA-sponsored Marijuana Identification Overflight School at the Ukiah Municipal Airport. The sheriff’s office and the DEA first designed this program in 1989 to train law enforcement officers, including federal, state, and local agents, in aerial marijuana identification techniques. COMMET would then use the data gathered by the students in identifying sites to conduct raids throughout the following raid season.

COMMET staff currently consists of Sheriff Sergeant Bruce Smith and Deputy Sheriff Jeremy Mason, plus a reserve deputy during peak raid season and Deputy Sheriff Jeffrey Andrade, who is temporarily assigned from the patrol division for 3 – 4 months. Allman writes that in the last year, COMMET also used six part time Deputy Sheriffs from the detective unit, five special agents from the Major Crimes Task Force, along with additional deputies borrowed from the patrol and investigative units “during peak raid season.” Allman writes that, although more marijuana plants were cut down in 2016 than in 2015, this sharing of resources “was costly in overtime and diminished the typical operations of the patrol division and the investigative units.” COMMET also uses an unspecified number of 4×4 vehicles, all terrain vehicles, a dump truck, and an industrial chipper. Undersheriff Randy Johnson, who administered the revised 9.31 cannabis cultivation program this year, is listed as the Agency Training Coordinator.

Allman states in his application for the Domestic Cannabis Eradication/Suppression Program (DCE/SP) funds that last year, when COMMET received only $60,000 from the program and there was no training school, the size and number of trespass grows increased significantly. He goes on, “Due to the sheer number of trespass grow sites, COMMET has had a limited time to focus on small ranch grows.” But he does not mention other factors that could have caused a growth, such as the continuing green rush, or the fact that legalization was widely expected and did in fact pass.

In the grant Allman elaborates on how COMMET approaches cannabis raids in Mendocino County, stating the county’s well-known reputation as a cultivation region has caused a “new gold rush” that is straining law enforcement resources. Writing that “misinformation” about medical cannabis laws contribute to the county’s situation, Allman says Mendocino has two kinds of cultivators — those on large trespass grows on public lands or private, mostly timber, lands, and those who are openly growing on private property “under the guise of growing it for medical purposes,” with less than 200 plants.

The sheriff says that the county has a problem with “Crime Families” from outside the area who recruit undocumented migrant workers who are armed and told to attack under deadly threat from their employers — though he does not elaborate on who these crime families might be. Allman added that over time these cultivators have moved their operations to private lands that they rent or own, and that past pressure from COMMET “has forced some of the original marijuana cultivations to build elaborate indoor growing operations.”

9 thoughts on “Sheriff requests $215,000 from feds for flight school, to cut down marijuana ”