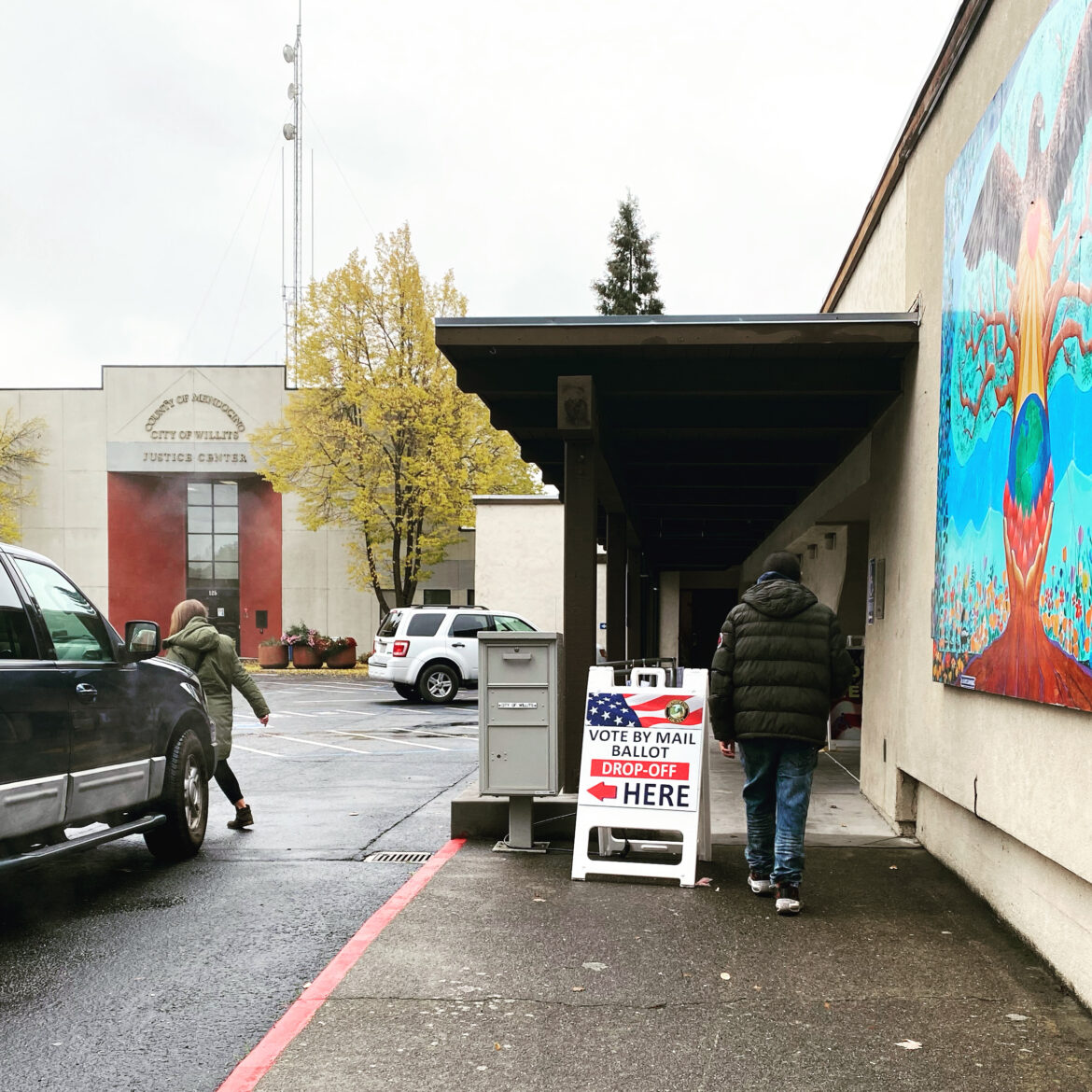 Voters outside the Willits Community Center on November 8, 2022/Kate Maxwell for The Mendocino Voice

MENDOCINO Co., 11/8/22 — Election Day in Mendocino County is under way, and polling stations will be open until 8 p.m. this evening for you to drop off a vote-by-mail ballot or vote in person. Ballots can also be dropped off at polling stations around the county, or put in the mail — more information about those locations here.

The first round of results should be available at 8 p.m., which will include a count of ballots that were submitted prior to election day — we’ll be keeping you updated throughout this evening.

In Willits, inclement winter weather this morning, along with a power outage that took out over 2,000 customers, resulted in slow attendance at the polls initially, but caused no delays in opening the polling station at the Willits Community Center. At 1:30 p.m. a steady stream of voters were dropping off ballots at the ballot box in the parking lot, as well as coming into the building to drop off sealed envelopes or to fill out ballots.

“We only had about five people this morning, but it really picked up around noon,” one poll worker remarked, pointing out that most of the people had simply dropped off their completed ballots in the polling center. She added that although much of Willits had lost power, the polling station had been well-lit since opening at 7 a.m., and she’d only heard about the outage from voters.

The Veterans Memorial Building, one of five polling places in Fort Bragg, had seen a good amount of foot traffic by afternoon on Election Day. Poll workers there said traffic had been “very steady” throughout the day, with highest concentrations between 7 a.m. and 9 a.m., as well as at lunchtime.

Initial results are expected to be posted on the county website at 8 p.m., and we’ll also update this article as results come in this evening; check back for further updates and find our complete Election 2022 coverage here.