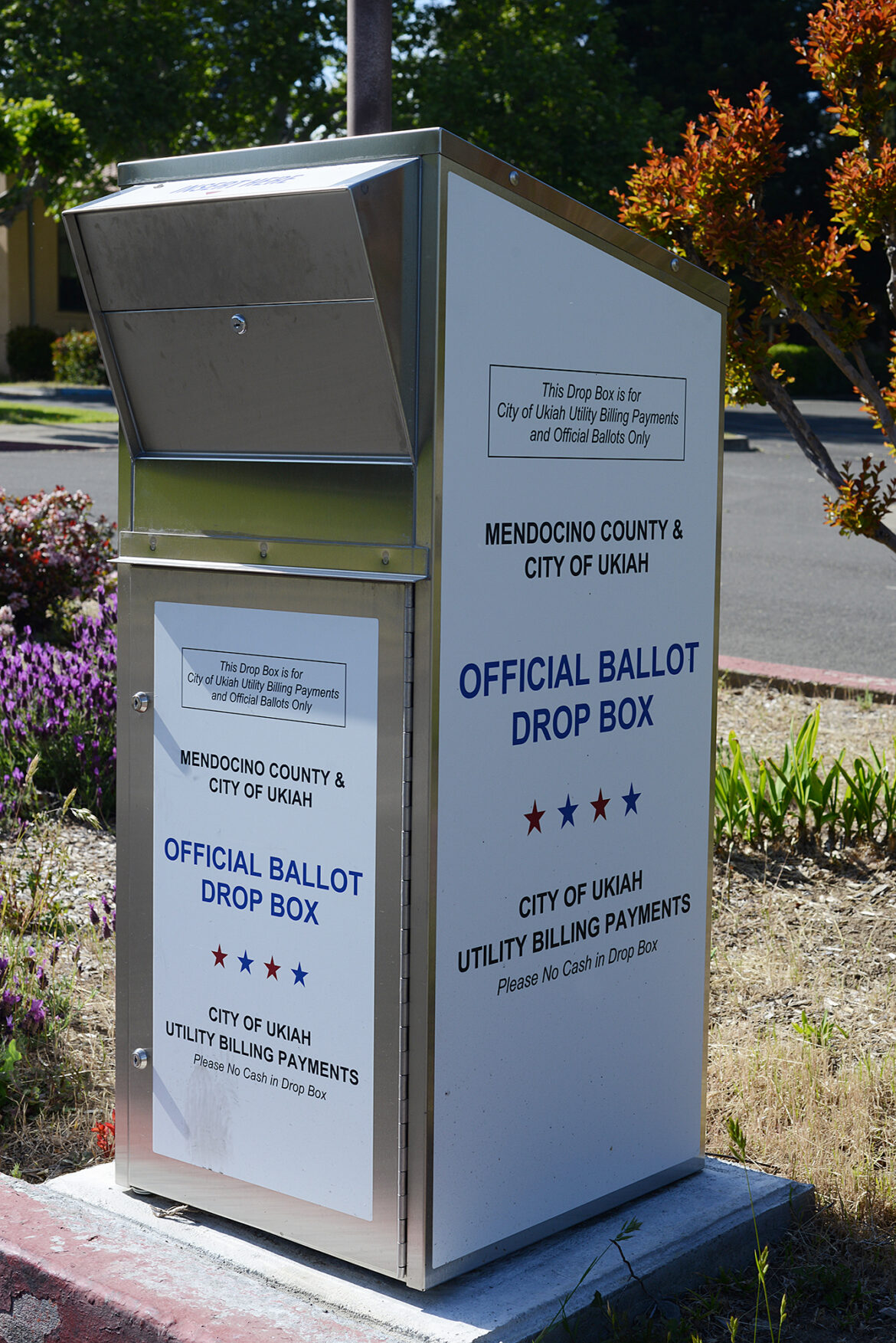 MENDOCINO Co., 11/14/22 — There are still more than 17,000 ballots being counted in Mendocino County in contested city council elections, registrar Katrina Bartolomie said Friday in a press release. Publication of the final results is expected to take at least another week. Mail-in ballots postmarked by Nov. 8 will be counted if received by Tuesday.

Vote tallies have not been updated since Nov. 9, but at that time 12,597 votes had been counted out of 52,366 registered voters — meaning a voter turnout of roughly 24% . Bartolomie said she expects to release additional data by Thanksgiving.

As of November 11, there were 17,080 local ballots that remain to be counted — including roughly 2,700 in the Ukiah City Council race alone. Councilmember-elect Susan Sher is leading the field with 854 votes, and incumbent Mari Rodin is currently in second place with 790 and incumbent Juan Orozco up next with 748 votes. Only three candidates can win, however, and Mayor Jim Brown is trailing Orozco by just a few dozen ballots with 710 votes. With thousands of ballots still uncounted, those results could shift significantly.

In the race for three open four-year seats on the Fort Bragg City Council, Jason Godeke is leading with 560 votes. Marcia Rafanan has 381 and Michelle Roberts with 301. With roughly 1,200 uncounted ballots, Godeke’s 179-vote lead is not guaranteed to last. Incumbent Lindy Peters appears to have secured a two-year term of office, as challenger Alberto Aldaco informally dropped out of the race.

In the small coastal city of Point Arena, Barbara Burkey is leading Anna Marie Ely-Dobbins 59 to 54. That narrow five-vote lead could easily evaporate with an estimated 64 uncounted ballots.

The competitive Mendocino Coast Health Care District saw five candidates file for three open seats. James Jade Tippett is in the lead with 2,381 votes. Lee Finney is coming in second with 1,774, and Dawnmarie Risley-Childs is in third with 1,755. Susan K. Savage is currently fourth, with 1,604. Those are narrow margins, however, with an estimated 4,450 ballots still being processed.

Bartolomie said in a statement that Mendocino County has updated the ballot count within two weeks of polling day for every election in the last four years, and the election office will update its results in a similar fashion this time around. Under California law, the county has 30 days to finalize the count and certify the results.