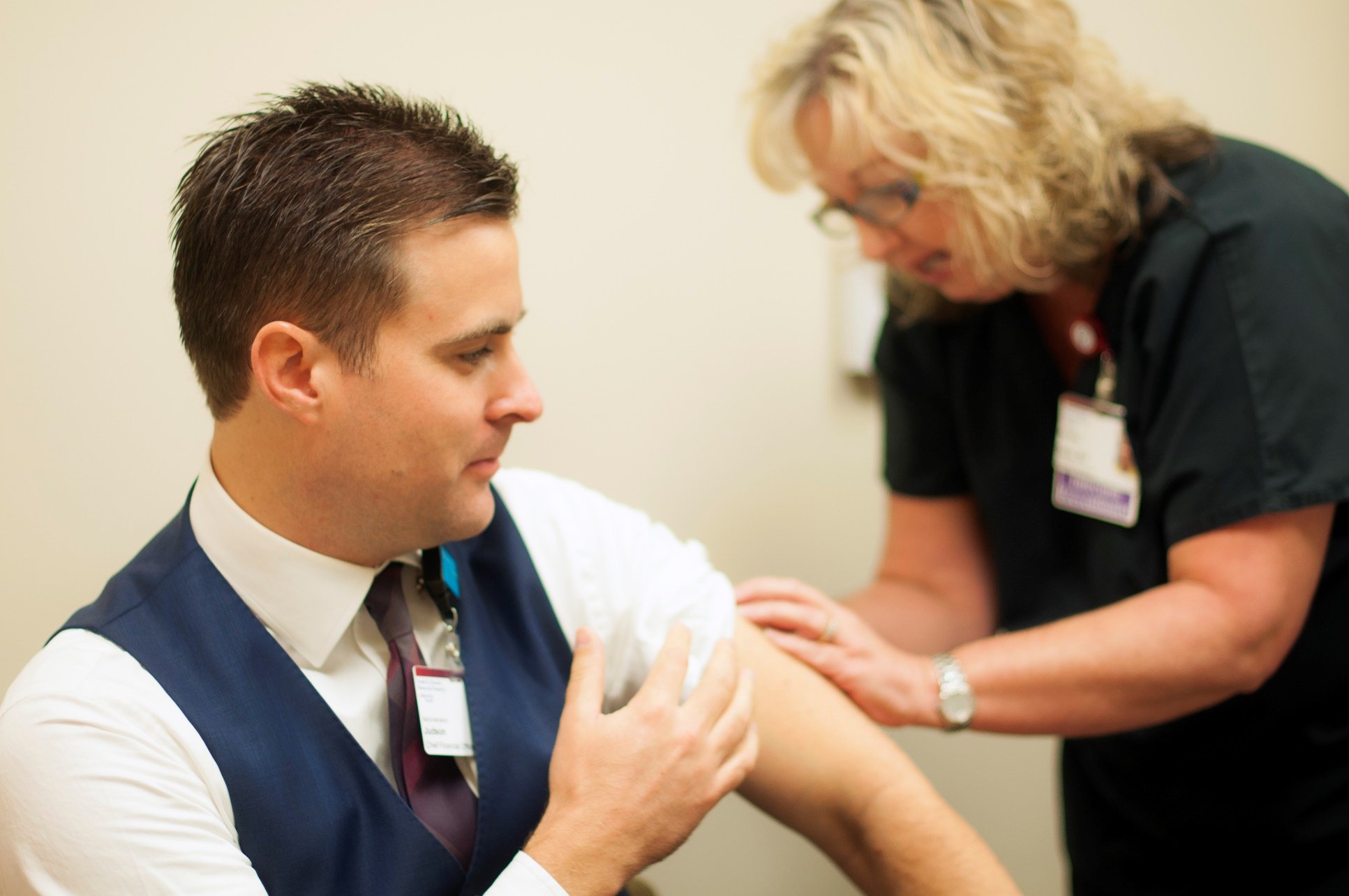 Our awareness of viral illnesses has become heightened in recent years due to COVID which is now considered to be endemic. I think it is interesting to consider another endemic viral respiratory illness that has been with us for centuries, influenza.

The flu season varies from year to year, both in terms of timing and severity. During our summer months in the Northern America and Europe, the Southern Hemisphere is having winter. So, Australia and New Zealand experience their flu season in May through September while in the US the flu season typically starts around late October and goes through March. As the influenza virus flips from hemisphere to hemisphere each year, the northern season effects the upcoming southern one and visa versa. Thus, we look to New Zealand and Australia to help us predict what our next flu season will look like.  This includes not only how many cases we can expect, but also which strains of flu will be dominant. The flu vaccines each year are varied to reflect which strains are expected to predominate based on these observations.

The severity of each flu season ebbs and flows in a somewhat erratic pattern. According to the World Health Organization, the number of deaths due to influenza during the past two decades have ranged from 290,000 per year globally to 650,000 in peak years. According to the CDC, over the past ten years we saw a seasonal low in 2011-12 and a peak in 2017-18 (our flu seasons are referred to in double years because winter and thus the flu season spans the two). In the low season of 2011-12 there were an estimated 9,300,000 Americans who got the flu, resulting in 140,000 hospitalizations and 12,600 deaths.  Compared to the peak season of 2017-18, when 45,000,000 Americans came down with the flu, resulting in 810,000 hospitalizations and 61,000 deaths.  It is also interesting to compare the economic burden experienced as a result. According to an article published in the British Medical Journal, the economic impact in the United States for those two seasons was $11 billion in 2011-12 versus $90 billion in 2017-18.  These estimates include not only the costs of visits to doctor’s offices, prescriptions, and hospitalizations, but also lost earnings and lost national productivity due to workers being out sick.

These numbers help us understand why the flu shot is important, but why do we have to get a new shot each year? There are three reasons for this.  First, our own immunity to influenza fades after about 6 months. This is true if we got the flu itself or if we simply got the vaccine.  Of course, we are seeing something similar happen with COVID, both in terms of immunity from getting COVID and from the vaccines. The immunity starts to fade in about 3 months and drops down significantly after 6 months.  The second reason we need a new flu shot each year is that there are many different strains of influenza.  These strains are competing with each other, just like we see with COVID, but that competition is more dynamic. So, each year, there tends to be a different set of strains requiring different combinations in the flu shot for that year.

The third reason that we need a new flu shot each year is because the influenza virus has developed an active mechanism to mutate as it replicates in our cells. One could think of this as the virus intentionally mutating as a strategy to avoid our immune defenses.  Usually mutations occur randomly, but influenza has developed a way of mixing up its genes to create new versions. While coronaviruses, like the one that causes COVID, have a relatively high mutation rate when compared to many other viruses, coronavirus mutations are more random, or “accidental”. Influenza’s mutation rate is one of the highest of all viruses and has developed as an effective evolutionary strategy. So, our vaccine preparations must take this into account as well. The effectiveness of the flu shot ranges from 40% to 60% each year as a result. This is why the COVID vaccines effectiveness, which runs as high as 94%, is so remarkable.

So, what is going on this year with the flu? There has been a lot of speculation in the news media that we may be up for a major flu season. Let’s look to what happened in Australia.  Their average number of influenza deaths is around 200 to 400 per year. During their 2017 flu season which corresponded with our peak 2017-18 mentioned earlier, Australia had 1,200 deaths. This seemingly low number compared to the US deaths of 61,000 is due to Australia’s smaller population of 26 million versus the US population of 350 million. Keeping the Australian average of 200 to 400 deaths per year in mind, in 2020 they had only 36 deaths and in 2021 a remarkable zero deaths. Those years, of course, correspond with the COVID pandemic and mandates designed to reduce spread of COVID.  These results are a very strong testimony to the effectiveness of masking and social distancing in preventing spread of respiratory viruses. Like most other countries, the Australian population has largely abandoned masking and has gone back to “life as usual” as much as possible. Not surprisingly, the number of influenza deaths this season rose to 305.  However, this is not a peak, but instead is well within that country’s average range. This data is from the Australian government’s Department of Health and Aging website.

Two things were unusual about this year’s flu season in Australia, though. First, it started two months earlier than expected. The US flu season has also now begun about two early.  Thus, we are currently fully in the flu season. The other thing that was unusual is perhaps more important. It seemed to have a more serious effect on children below the age of 9. This has led the CDC and the American College of Pediatricians to recommend that parents get their children vaccinated with the flu shot.  The flu shot is approved for children 6 months of age and older.

The predominant strain this year is H1N1. That is the same strain that caused the 1918 Influenza Epidemic and has periodically revisited us. For example, the “swine flu” outbreaks in 1976 and 2009 were both H1N1. This may partially explain some of the unusual aspects of this flu season. However, if Australia’s experience this year is an accurate predictor of what to expect this winter in the US, then we should see something more like an average flu season and not a dramatic peak like 2017-18. Of course, Mark Twain said it best, “It is difficult to make predictions, especially about the future.”

Dr. Miller is a practicing hospitalist and the Chief of Staff at Adventist Health Mendocino Coast hospital in Ft. Bragg, California.  The views shared in this weekly column are those of the author and do not necessarily represent those of the publisher or of Adventist Health.