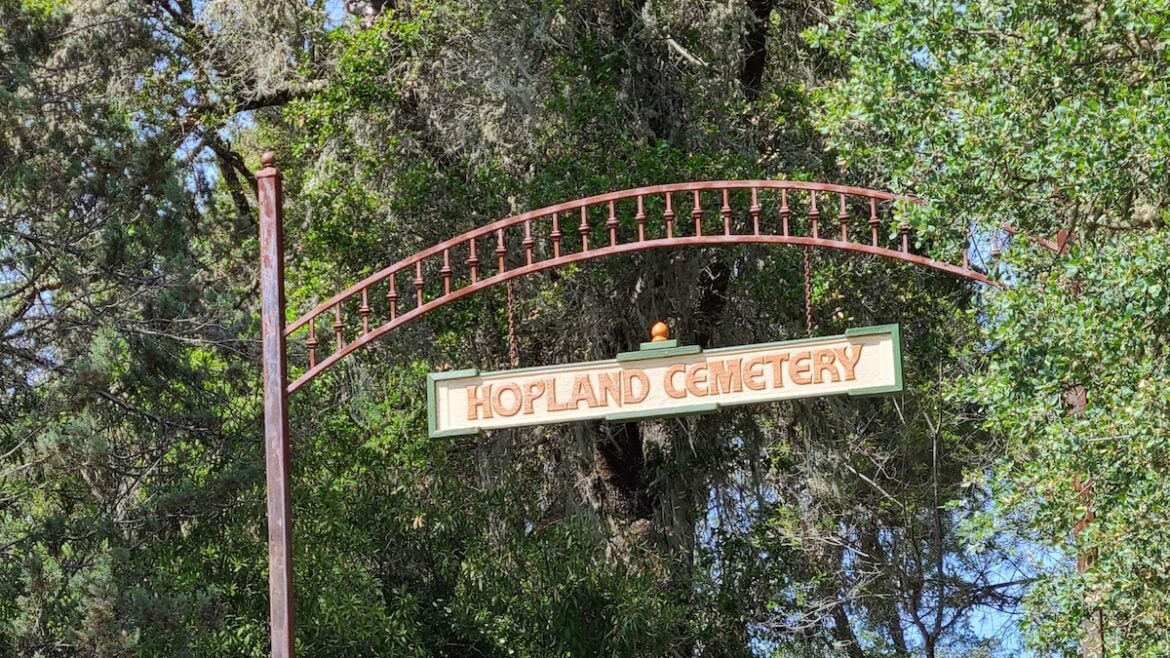 Photo: Trustees of the Hopland Cemetery

HOPLAND, CA 8/12/22 — The little town everyone drives through, just past the green bridge on Highway 101, may not seem like much, but at one time it was the site of the largest hop farm in the United States (at least that’s what the tourist brochures said), and Duncan Springs resort was a booming business, along with a hotel and railstation back in the 1880s when Sanel became “Hop-Land.” Before all that, it was the land of Fernando Feliz, a cattleman with a Spanish land grant of over 17,000 acres and over 10,000 head of cattle grazing in its golden hills. And before that, it was the site of a large Pomo village, Apple Tree Village, boasting up to possibly 1500 indigenous inhabitants at one point, living along the Russian River with land routes from Lakeport along Parsons Creek all the way to the Coast.

In 1883, the Catholic clergy built a church and a school along what is now approximately east of the 12000 block of Old River Road, and with that church was a cemetery used until 1907 which gradually disappeared to ruin once the church moved to town. But the Feliz family cemetery was near the town of Old Hopland and as early as 1840, the Feliz family allowed this site to be used for local internments. This is now the Hopland Cemetery.

Flash forward to 2003 — there is a Grand Jury investigation of what is the Hopland Cemetery Special District, which went from having a balance of over $4,000 to a balance of -$4,000, resulting in a recommendation for criminal embezzlement charges over those running the cemetery at the time. Claims had been filed for work never done or even begun, sales of plots without proper legal paperwork, and there was no official records of burials. The plot map was “disappeared” and all seemed to lean towards the County turning the Hopland Cemetery over to the larger Russian River District, but Hoplanders resisted. The Hopland Cemetery was small and local Hoplanders tried to keep the site up as best they could, falling farther and farther behind on maintenance and preservation.

Step in Ted Williams in 2019, newly elected Supervisor of the 5th District which included Hopland and its Hopland Cemetery District. He asked Bob Keiffer (a multi-generational Hoplander whose family owned the largest hop farm, which included the hop barn behind the Hopland Tap, the large barn and farm houses just behind what is now the Thatcher Inn) to become a “Trustee” and to look for other Hoplanders to join him.

He found his first more-than-willing co-Trustee in Katharine Cole (myself), a longtime land owner along Old River Road with a penchant for history and cemeteries in particular. Not much later, her partner Yvonne Boyd, along with Nina Kaiser of Full Moon Ranch and Joan Norry of Old Hopland joined to complete the board of trustees for the first time in almost twenty years. By the end of the first year with a full board, achievements included completing insurance coverage, holding public meetings (via Zoom and at the Cemetery), reopening the post office box, creating a website and email (hoplandcemetery.org and [email protected]), a popular Facebook page to update the public, and the creation of legal documentation for interments, and required public access to board minutes. Sonoma State volunteer students created a GPS Map Link allowing “Find a Grave” to aid historical researchers as well as assisting family members looking for relatives. By the second year, over seven dead trees were removed and an agreement was reached with the Russian River (Ukiah) Cemetery District to use their professional groundsmen for burials.

There is plenty yet to be done — there is an ongoing need for volunteers to help maintain the cemetery (there are not enough County funds to hire employees), more trees needing to be removed, security improvements need to be continued, as well as the preservation of the historical headstones, and the continual fight to keep both wildlife and humans from harming this historic site. The Hopland Cemetery is also close to capacity, so burials in the future will be only for those who have family plots or have purchased plots by the end of 2023. In order to continue to preserve and maintain this beautiful historic cemetery, the Trustees are committed to creating a non-profit “Friends of the Hopland Cemetery,” which will allow them to raise additional funds through events and walking tours to protect the site. By the end of 2023, we hope to have mitigated most of the large expensive maintenance issues and begin a new chapter for this little “Boot Hill” in Hopland. For more information about the Hopland Cemetery, visit HoplandCemetery.org or email us at [email protected]