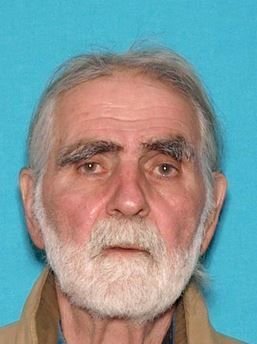 FORT BRAGG, 7/22/22 — Thomas Arrants was reported missing last night near his residence near the 24000 block of Highway 20, between the eighth and ninth mile markers. He has dementia and is considered medically fragile. The sheriff’s office reports 75 search and rescue personnel along with two dogs on scene with ATVs and other vehicles.

Drivers along Highway 20 should use caution.

According to the Mendocino County Sheriff’s Office on Facebook:

Anyone with information about Arrants should contact the Sheriff’s Office at 707-463-4083.