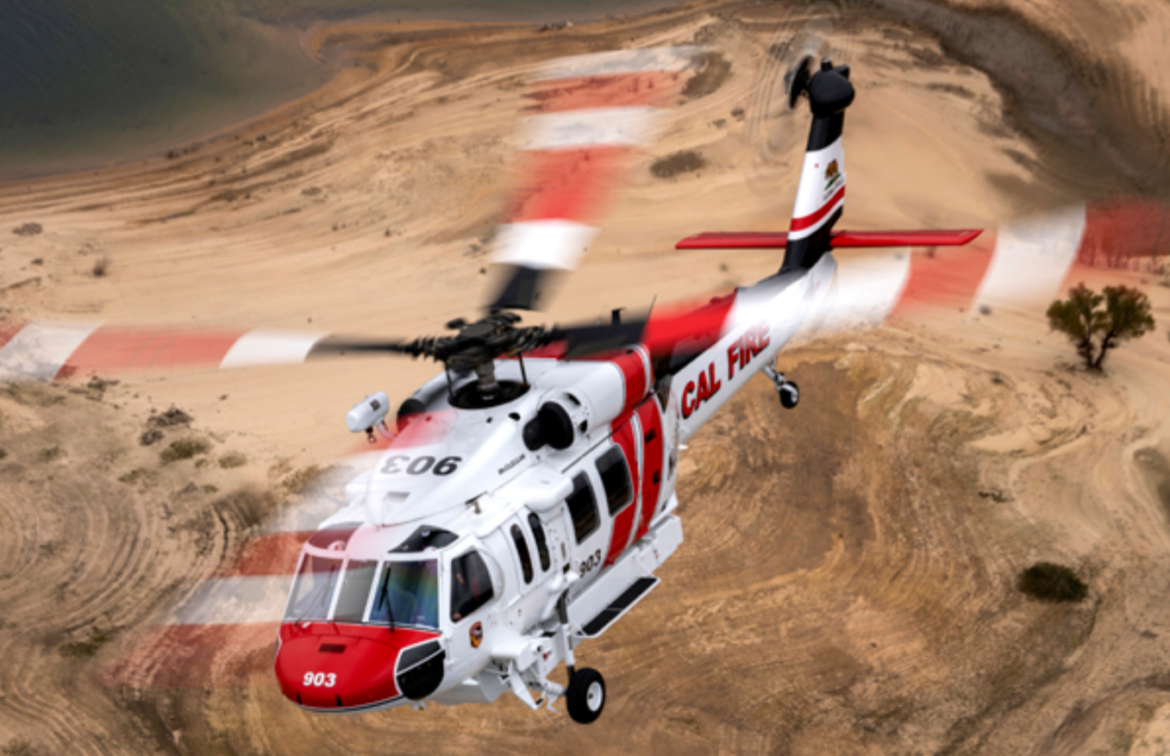 “If you look around, our forest is much much drier than it has been historically, so it doesn’t take much,” Kendall said. “If you look around the hills of Ukiah, you can see the grass is already turning brown and normally we don’t see that til late May, so we’re definitely ahead of schedule by at least a month.”

Cal Fire is getting ready for a long year as best they can. In addition to moving up the date on burn permits, Cal Fire is planning to have at least one fire engine in every fire station by May 16, and reach peak staffing levels for the year by May 30. There are open positions currently advertised for cooks, forestry assistants and communications operators; you can find more information here. The agency has also stationed additional firefighting aircraft across Northern California, including a Sikorsky Fire Hawk (similar to a military Blackhawk helicopter but customized for firefighting) that was added to Cal Fire Mendocino Unit’s arsenal of resources last summer.

Just like last year, county officials are preparing a “know your zone”  media campaign to help residents identify which evacuation zone they live in so they can be notified and evacuated effectively in the event of a disaster. This year, Cal Fire Mendocino is also adding to their communications staff in order to help get critical information out to the public and the press on a more timely basis — which has been a challenge in the past.

“I know with the arduous fire seasons, fires happen seven days a week, and we can’t have one employee working seven days a week,” Kendall said, referring to Cal Fire spokesperson Patricia Austin. “I know that Tricia does a really good job but she also needs some time off … so we’re working towards getting a second person.”

What can readers do to get ready?

As always, proper signage to help firefighters find addresses can make a critical difference in their ability to put a fire out before it destroys a structure — and reflective green address signs can be ordered from the Fire Safe Council for $20. Also, have a plan in place to keep watch on debris fires, with tools and a water supply already in place in case of escape.

“Just because it’s a burn day doesn’t mean it’s a good day to burn,” Kendall said. “If you have a large pile, you’ve got to have a plan. ‘What’s my day look like? Am I going to be able to devote my time to deal with this pile?’ If you can say yes to that, go ahead and gather your tools.”

Well95490.org, also known as Willits Economic LocaLization (WELL), sponsored a virtual meeting March 31 to provide information about other resources available to residents and homeowners featuring tips from firefighters, law enforcement and other local leaders. Chief Kendall was in attendance, as was his brother Sheriff Matthew Kendall. Brentt Blaser from the Mendocino County Office of Emergency Services (OES) stressed that we’re going into fire season amid a major drought, so get to know your neighbors and look out for each other.

“Your house may be okay, but if your neighbor’s house catches fire it’s going to catch your house on fire,” added Keith Ruttlidge with Sherwood Firewise Communities. “Get to know your neighbors, make the whole block fire safe.”

Improving conditions on neighboring properties can make a big difference. For qualifying seniors and people with disabilities, there are programs available to help with fuel reduction and defensible space. More information and an application for the 2022 Defensible Space Assistance Program is available here through Fire Safe Mendocino.