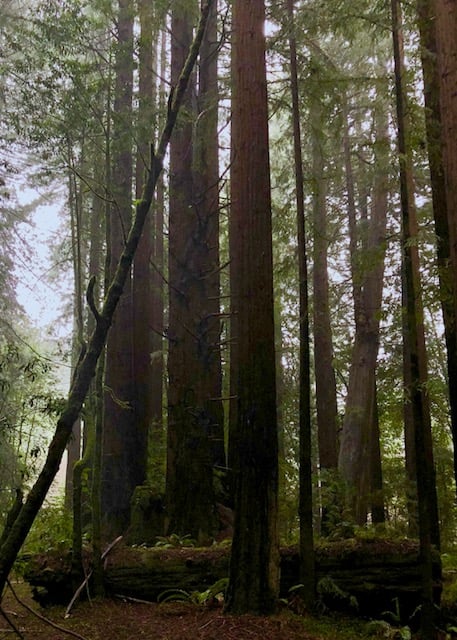 MENDOCINO Co., 9/17/21 — Many North Coast residents have their own memories of Judi Bari and Redwood Summer, and beginning this weekend, a new exhibit and series of events will open at the Mendocino County Museum in Willits highlighting her life and environmental activism. The exhibit will showcase materials from the museum’s archives along side those from private collections, including the car from the 1990 Oakland bombing involving Bari and organizing partner Darryl Cherney, and programming will include a series of events and workshops over the next month.

The exhibit opens Saturday, September 18 and will remain open until October 24. Here’s the announcement from the Mendocino County Museum, located at 400 East Commercial Street in Willits:

The Mendocino County Museum will exhibit artifacts from its permanent collection and the  private collection of Darryl Cherney that document the life of renowned activist Judi Bari.  The exhibit will reflect on Bari’s role in the 1990 Earth First! Redwood Summer movement, an organized effort to protect old growth redwood forests from logging. Judi Bari and her  longtime organizing partner Cherney were driving in a car when it exploded in Oakland on  May 24, 1990 on the cusp of their organizing work for the campaign known as Redwood  Summer. The Museum will feature the never-before-seen bombed car and key evidence  used in the trial. After the bombing, the community responded with an outpouring of  support for Judi’s legal defense. A quilt created as a fundraiser and a puppet used at a  victory party to celebrate the outcome of their lawsuit against the FBI, in 2002, will be on  display.

In conjunction with this exhibit, the Mendocino County Museum will host a series of programs and guest speakers organized by special guests Darryl Cherney and Alicia  Littletree Bales.

Alicia Littletree Bales joined the direct action group Earth First! in 1991 and Judi Bari  became her mentor on the front lines of the Albion Uprising in 1992. Alicia was a tree-sitter,  as well as coordinator of the mass mobilizations and nonstop nonviolent direct action  blockades of the movement to protect the ancient redwoods of Headwaters Forest. After  Judi’s untimely death from breast cancer in 1997, Alicia joined the legal team of Bari vs. the  FBI, and dedicated herself to winning the civil rights case against the FBI and Oakland  Police. She is the current program director at KZYX Mendocino County Public  Broadcasting, and the former President of the Board of Directors of the Mendocino  Environmental Center in Ukiah.

Darryl Cherney has been with the Earth First! movement for 35 years, has written scores  of topical songs, and was in the passenger seat of the car when the bomb exploded. He  was Judi’s co-plaintiff in their lawsuit against FBI agents and Oakland Police officers and  produced a feature documentary, Who Bombed Judi Bari?, on the subject. He resides in  Southern Humboldt County where he substitute teaches, hosts a show on KMUD-FM, continues to write songs, raises his daughter, and is the Executive Director of  Environmentally Sound Promotions, which is assisting in the curation of this exhibit.

Wednesday, October 20, 5:30-7:30 pm: The Day of The Car Bombing of Judi Bari— Firsthand Accounts with Darryl Cherney, Karen Pickett, and others.

Further details regarding the exhibit and program calendar to be announced, please check  our website for updates and additional information. www.mendocinocounty.org/museum