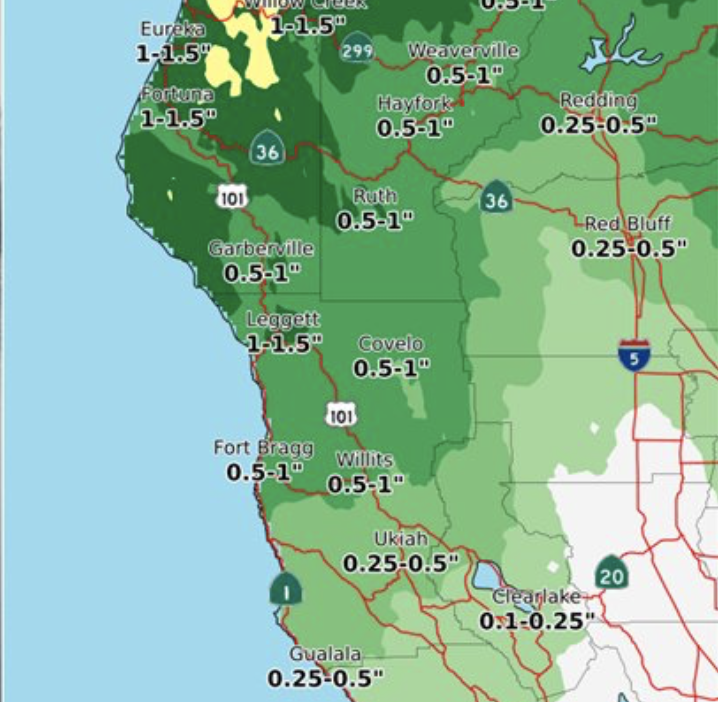 MENDOCINO Co., 9/17/21 — Much of Northern California remains at severe or extreme drought levels, but there may be some rain in the forecast for portions of the North Coast and Northern California this weekend, according to the National Weather Service (NWS). The amount of precipitation is unlikely to be enough to reduce wildfire risks, though there is likely to be a temperature shift and the weather event may at least provide some temporary enjoyment for residents. Dry days and warmer temperatures are expected to return next week.

The majority of the rain is forecast to occur on Saturday, although some continued precipitation may continue Sunday. As with the first rain after a long time, roads may be slick, and so drivers should take extra caution this weekend. Rainfall amounts will vary across the north coast, with heavier rain expected in the north, and then storm will move south over the course of the day.