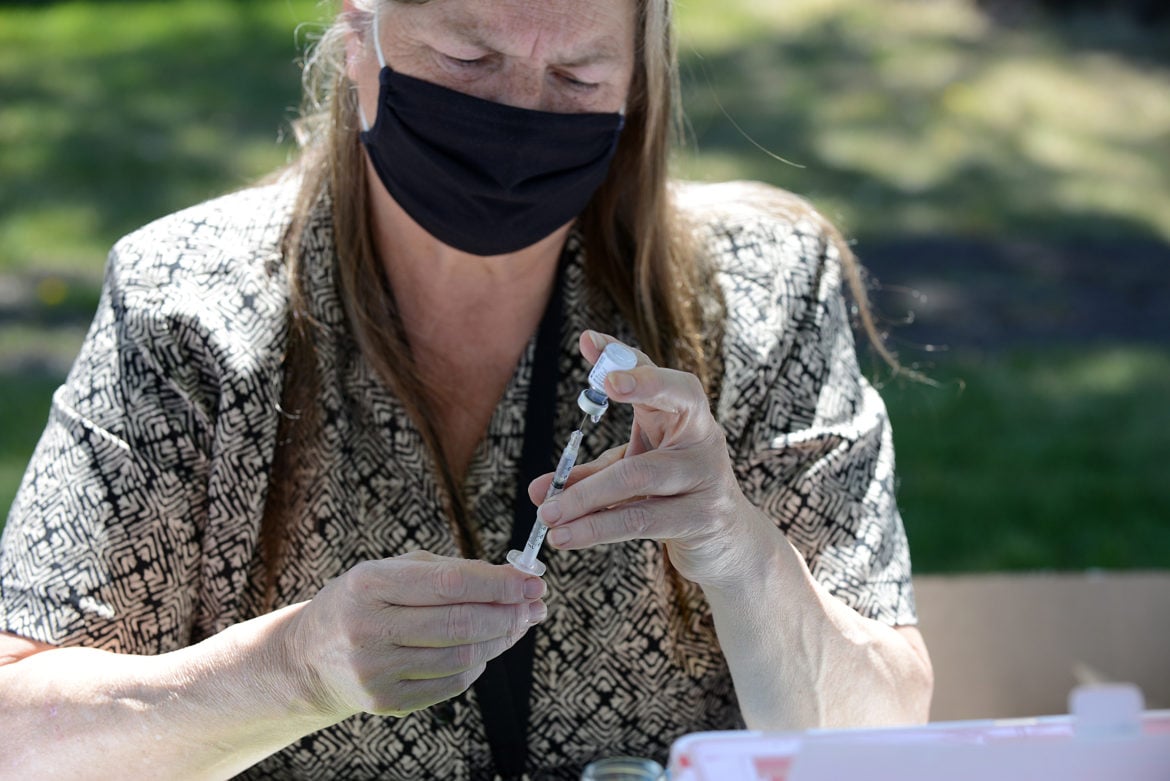 Editor’s note: The following is an op-ed. The opinions expressed in this letter are those of the writer, and do not necessarily reflect those of The Mendocino Voice. If you would like to submit a letter to the editor feel free to write to [email protected].

You may have heard Jonathan Swift’s famous quote: A lie can be half-way around the world while the truth is still lacing up its boots. Well, that is the story of how people began believing the lie that the mRNA COVID vaccines (Pfizer and Moderna) affect fertility.

In early December 2020, when the Pfizer/BioNTech vaccine was under review in Europe, two vaccine skeptics claimed the vaccine would damage the placenta and potentially cause infertility. The skeptics, a German doctor named Wolfgang Wodarg and a former Pfizer employee, asked the European Union’s counterpart to the Food and Drug Administration to delay the vaccine’s approval. Their claim was based on this: there is a part of the human placenta called syncytin-1, which contains some amino acids (the building blocks of proteins) similar to those found on the spike protein of SARS-CoV-2, the virus that causes COVID-19. The Pfizer/BioNTech vaccine works by targeting the SARS-CoV-2 spike protein. The skeptics argued that the vaccine would not only attack the SARS-CoV-2 spike protein, but also other human proteins, including those that make up the placenta.

Sounds plausible, right? But it is not. It is pseudo-science, unsupported speculation wrapped in scientific language. However, that didn’t stop this false claim from jumping onto social media where anti-vaxxers took it up and spread it around the world.

The fact is, when you compare any two protein sequences of sufficient length, there is a good chance you’ll find matching strings of amino acids. This doesn’t cause the COVID vaccines to go after the wrong target. The immunologist Andrew Croxford compared the 1,273-amino-acid sequence in the SARS-CoV-2 spike protein to the three most common proteins in the human body: actin, hemoglobin, and collagen. He said, “If these vaccines were to induce autoimmune responses against actin, hemoglobin, and collagen, it would have been seen in the [clinical] trials, and trust me, fertility would be the least of our problems.”

The vaccines do not attack the placenta or other important proteins. This was clear from the clinical trials and it has proven true after millions of doses of the vaccines have been administered to women of child-bearing age.

COVID-vaccinated women have had no more pregnancy problems than non-vaccinated women. Pregnant women were excluded from vaccine trials for safety reasons, but during the Pfizer trial, which included more than 37,000 people, 23 women conceived, 12 of whom received the vaccine and 11 in the placebo group. None miscarried or reported other complications.

To make sure these small numbers were reflected in the larger population, researchers have followed data from V-safe, a smartphone-based tool that checks in with people after they receive the COVID-19 vaccination. Through the V-safe app, users can quickly report any vaccine side effects to the CDC. More than 35,000 people who received the Pfizer or Moderna vaccine identified as pregnant, and they reported the same side effects that non-pregnant women experienced.

To double-check on this reassuring data, the V-safe registry studied almost 4,000 women who had received vaccines at different times, both before and during pregnancy. These women had the usual range of outcomes found in any group of pregnant women. There was no increase in bad outcomes.

Sadly, unvaccinated women who get pregnant and contract COVID do have some bad outcomes. They have an increased risk of severe illness, ICU admissions, mechanical ventilation, and death.

Stick with the science: get vaccinated.

One thought on “COVID vaccines and fertility: letter from the Mendocino Coast Clinics”