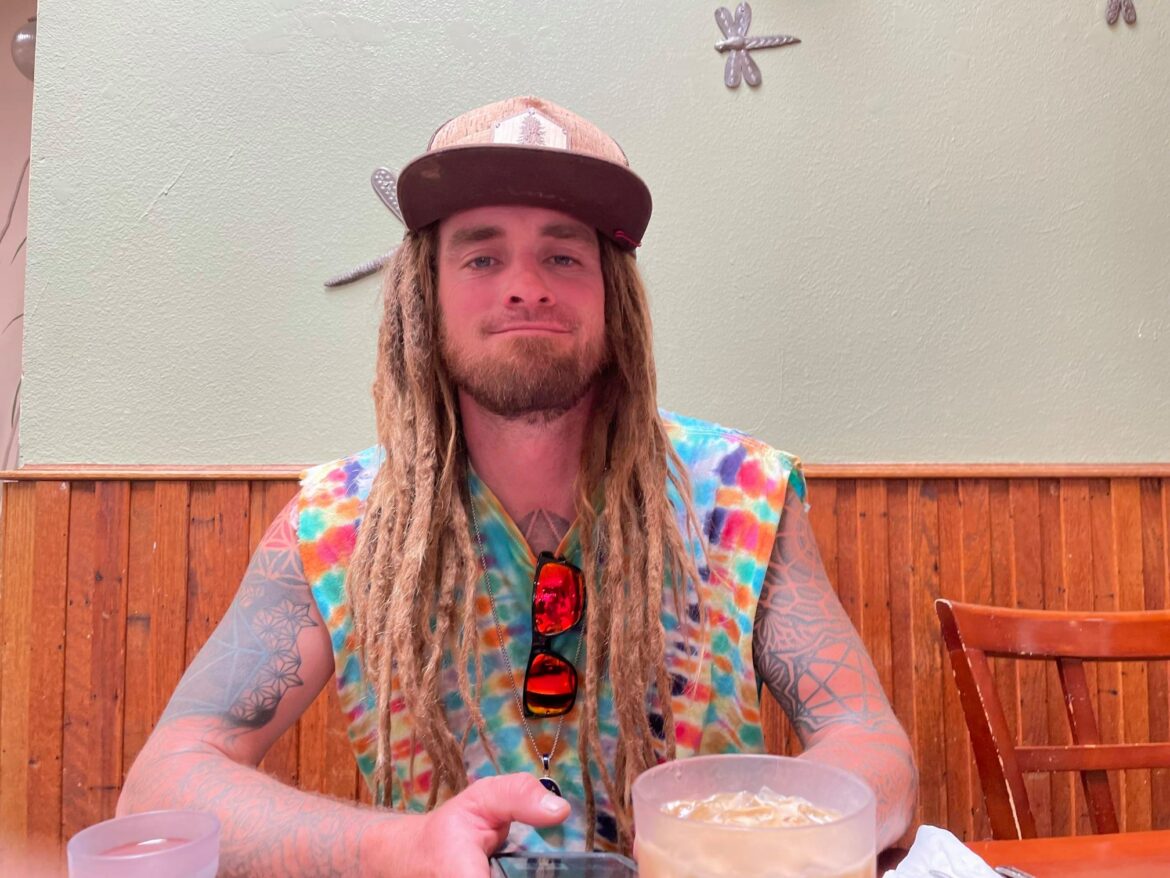 Bruggeman, who was last seen July 15, 2021, photo provided by MCSO. His facial hair is now shorter than depicted in the photograph.

UPDATE 7/19/21 — The search for Bruggeman, who was last seen at his home in Potter Valley on July 15, was called off after his body was located on his property by a friend around 7:30 p.m. on Sunday evening, according an update from the Mendocino County Sheriff’s Office on the agency’s Facebook page. The Coronor’s Office will be conducting an investigation into the circumstances of his death.

Ronald Austin Bruggeman, also known as “P.J.,” was a husband and father of two children. A GoFundMe has been started to provide financial help for his family; the fundraiser can be found here (The Mendocino Voice has not independently verified this fundraiser).

The original article describing the search and rescue operation can be read below. Here’s the update posted by the Sheriff’s Office:

The body of Ronald Austin Bruggeman was found on his property by a friend on 07-18-21 at approximately 7:31 PM.

The Sheriff’s Office Detective Unit is now conducting a Coroner’s Investigation to determined the cause and manner of Bruggeman’s death.

Original: MENDOCINO Co., 7/18/21 — Mendocino County Search and Rescue are conducting a search operation in the vicinity of Mid Mountain Road in Potter Valley today, after a resident of the area was reported missing. Ronald Austin Bruggeman, also known as “P.J.,” is a 35 year old white man who was last seen on July 15 by friends visiting his home on a large Potter Valley parcel about eight miles up Mid Mountain Road from East Road. Bruggeman is described was 5 feet 10 inches tall and 180 lbs., with blond hair and blue eyes, and may have gone missing with minimal or no clothing; his disappearance may be due to a mental health crisis witnessed by visiting friends, according to the Mendocino County Sheriff’s Office (MCSO).

Anyone with information about his current whereabouts is asked to contact the Sheriff’s Office by calling 707-463-4086. MCSO sent out a Nixle notification in the early hours of Sunday morning to alert the public about the search, and has been looking for Bruggeman on that property and in the general area today along with the county’s search and rescue team.

Here’s the announcement from the Mendocino County Sheriff’s Office:

He was last seen on 07-15-2021 at 3:00 PM by his friends who were visiting his house located on a reported 120 acre parcel on Mid Mountain Road (approximately 8 miles to the east from East Road) in Potter Valley.

He is believed to have went missing on the property with minimal or no clothing.

He is described as being a 35 year-old white male, standing 5 feet 10 inches tall, weighing 180 pounds, with blonde hair and blue eyes.

Attached is a recent photograph and his facial hair is now shorter than depicted in the photograph.

Anyone with information about his current whereabouts is asked to contact the Sheriff’s Office by calling 707-463-4086.

The Sheriff’s Office is continuing search efforts on the property while being assisted by volunteers from the Mendocino County Search & Rescue Team.