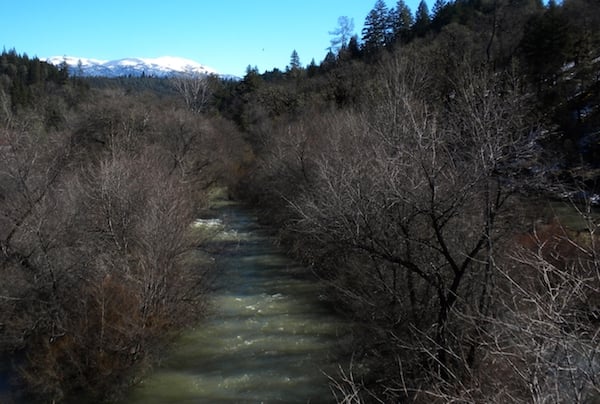 UKIAH, 7/30/21 — Fish, farms or people? Water managers are facing hard choices about who gets first dibs on an ever dwindling supply of water in the state’s reservoirs resulting from severe drought conditions. Fish have historically been last on the priorities list in drought years and that’s had negative ripple effects across tribal and coastal communities, according to testimony presented July 27 at a Joint Committee on Fisheries and Aquaculture chaired by North Coast State Sen. Mike McGuire.

Lethal water temperatures are expected to kill all of the endangered winter-run salmon’s eggs and juvenile populations, with government agencies predicting an 80 to 100% loss of the protected fish populations that need cool water to survive.

That means tribal communities won’t be able to use their traditional food sources and fishermen north of Fort Bragg won’t be allowed to do any commercial fishing this year, adding to an already challenging crab season. The climate crisis is making the situation worse, but virtually everyone who testified said this was a result of water mismanagement, particularly during the Trump administration, which favored diverting water to agriculture rather than keeping enough cool water in the rivers to ensure the survival of the fish.

This year Chuck Bonham, director of the California Department of Fish and Wildlife (CDFW) said the department had to move 17 million salmon out of Central Valley hatcheries to the San Francisco and San Pablo bay coastal net pens to ensure their survival, but moving millions of fish every year that drought conditions persist isn’t the soundest strategy.

The department also rescued 3,000 coho in the Russian River watershed, where water levels are as low as they’ve ever been. The Russian River has experienced the lowest precipitation amounts in almost a hundred years, said Eileen Sobeck, executive director of State Water Resources Control Board. That’s led to the lowest storage levels ever experienced for this time of year at Lake Mendocino and Lake Sonoma, which serve more than 650,000 people on top of ensuring flows for threatened and endangered fish.

If the water board doesn’t step in and take action, Lake Mendocino is at risk for draining completely by the end of the year, she said.

As of Friday, Lake Mendocino had just 25,483 acre-feet of water, 21 percent of its storage capacity and 37 percent of its average at this time of year, which is usually 68,947 acre-feet.

All of this points to the need to update water infrastructure and water policies to match modern-day realities, said Don McEnhill, executive director of the nonprofit Russian Riverkeeper.

“Our water governance is stuck in the 1950s and 2050 climate futures are here now,” McEnhill said.

McEnhill said the types of changes that need to be made include doing more proactive management rather than after-the-fact crisis management, giving fish the first right to the water, setting up infrastructure to monitor water usage in real time, giving the state water board the authority to demand reductions on its own authority and granting it money from the state’s general fund rather than fees to ensure it has adequate staff to meet these challenges.

Hatchery infrastructure also needs to be modernized in order to truly help the fish populations rebound, said Bonham, the Fish and Wildlife director. Hatcheries were constructed below the dams and designed to deliver cool water to them from the reservoirs to make up for the habitat loss when the dams were built in the 1940s and 50s. Now there isn’t enough cool water coming into the reservoirs.

The best example of that is the Warm Springs hatchery on the Russian River, which isn’t getting enough cool water right now simply because the reservoirs don’t have any cool water to give. If it’s as dry or drier next year there may only be enough water to maintain public health and safety and not much else, Bonham said.

“That’s outside any individual on this phone call or panel’s experience,” Bonham said.

The Mendocino County Board of Supervisors are scheduled to receive a local update from the county’s Drought Task Force Ad Hoc Committee during their regularly scheduled meeting, which begins at 9 a.m. Tuesday, Aug. 3. The agenda is available online at www.mendocino county.org.