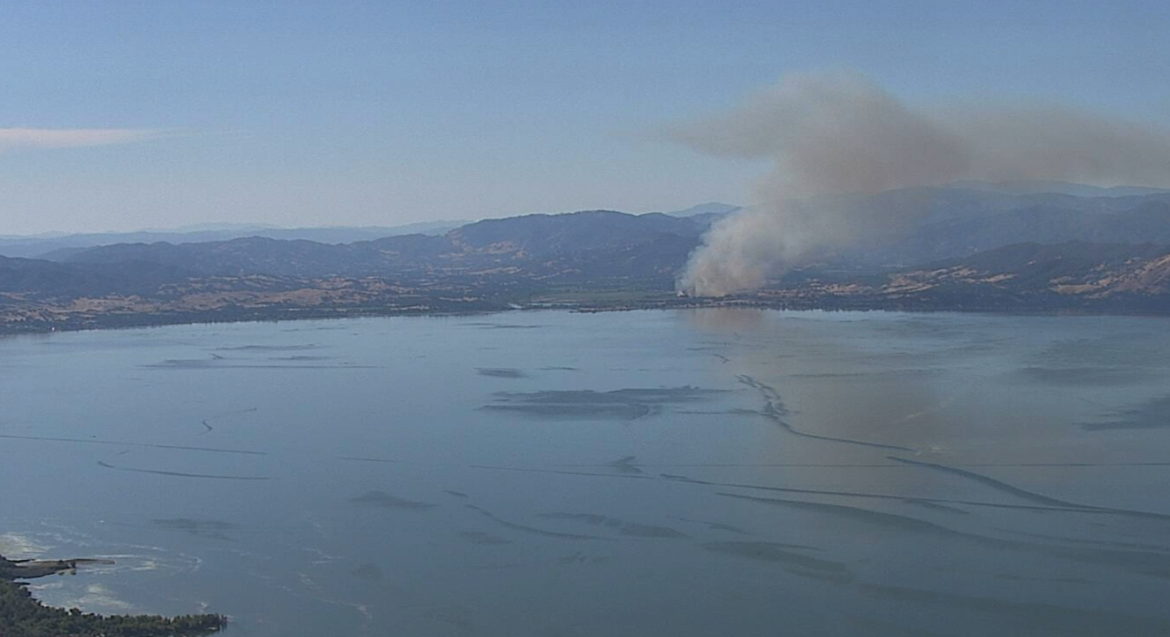 The Pomo Fire as scene from a fire camp facing northwest at about 5:20 p.m.

UPDATE 6:10 p.m. — Scanner chatter from Cal Fire indicates that forward progress of the Pomo Fire has been stopped. For those of you rusty on your fire-lingo since last season, that means that firefighters have managed to stop the fire from growing in the direction it was moving — it does not mean that the fire is contained or out. The fire will continue to burn internally, as firefighters build containment lines to ensure that winds or a flare up don’t spur the fire to further growth, and will mop up the interior.

Scanner chatter also indicates that the threats to structures has been mitigated.

UPDATE 5:50 p.m. — The fire continues to grow and evacuation notices have been sent to people in the area of Red Hill Lane. The fire is now 25 acres with spotting in advance of the main fire.

ORIGINAL
WILLITS, 6/17/21 — A wildfire is burning about two miles southeast of Upper Lake, in Lake County, just off SR-20, apparently sparked by a car fire. As of about 5:20 p.m. the the fire was at 15 acres, with a moderate rate of spread, and buildings in front of it, according to Cal Fire scanner traffic. The 20 is closed southeast of Upper Lake, between Reclamation Road and the Nice-Lucerne Cutoff — expect delays.

Local fire departments have responded, along with multiple Cal Fire aircraft. It is, of course, and extremely hot day, with very low relative humidity, making for dangerous conditions. There is some wind but it is not extreme.