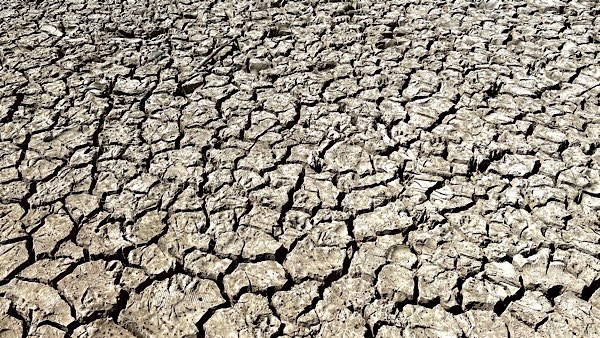 LITTLE RIVER, 4/23/21 — As drought and heat prevail in Mendocino County, some water districts are in better shape than others. This is the next installment in our water security series, which includes details about Willits, Irish Beach, and Elk. You can find the previous article, about Fort Bragg and Ukiah, by following this link.

We will continue reporting on the state of all water districts in Mendocino County. If your district hasn’t been written about yet, it will be! If you’re a water manager who I have not yet reached out to, please email me your contact information at [email protected]

Willits water managers believe the city will likely be able to make it through the season without issuing any mandatory water restrictions, according to Scott Herman, utilities superintendent for the City of Willits.

Willits’ two reservoirs, which hold a combined 1,330 acre feet of water, which is equivalent to over 400 million gallons, are at 93% capacity. Last year at this time, the city’s reservoirs were at 97% capacity and at the end of the 2014 drought year, it was at 40% capacity.

“We’re down a little bit from last year, but we’re still fortunate,” said Herman. Willits doesn’t sell any potable* water to be trucked out of Willits, and Herman says they never will, so the water they have is earmarked for its customers, the large majority of whom are in city limits, although a few are right outside.

Additionally, the city has a supplemental groundwater supply and a supplemental water treatment plant, which they brought online after the 2014-2015 drought, that can be used for emergencies. The system can pump out at a capacity of 400,000 gallons a day for quite some time from its artesian well. This is a significant amount of water for the city, which supplies on average 750,000 gallons a day — around 600,000 in the winter, 900,000 in the summer months — to its 2400 customers.

The largest water users in Willits are the hospital and the schools.

Although the city is in pretty good shape, they are still working on increasing their water supply by adding an additional well so that their supplemental groundwater can meet their highest daily demand.

Herman said he couldn’t be 100 percent certain that there won’t be water restrictions in Willits this summer, but he did say he doesn’t think there will be and if there are they won’t come until late summer.

“I think people are well aware of the situation in California in general, so naturally, I think people are going to conserve, so I don’t anticipate [restrictions], but again, you never know what’s gonna happen.

Irish Beach Water District General Manager Charles Acker said the district is in a comfortable position to weather the season to come. In fact, Acker, who is also the general manager of the Elk Water District, said he expects that the water district will actually have enough water to sell this drought year, which they did during the 2014-2015 drought, when they had surplus water for the entire season.

Acker did note that nothing is certain, and that there is always a possibility the district could run out of water, but said that if they do, it would likely be in late October or November.

“We’re not too bad off for this year but if we don’t get early rains in the fall, that’s a problem,” said Acker. “If we have another dry or below-average winter, that’s another problem.”

Irish Beach gets their water from Irish Gulch. Water is gravity fed from two intake sites to the district’s water treatment plant. Acker said that during the “teeth” of the 2014-2015 drought, the two intake sites on the creek were pumping at a rate of 12 gallons per minute, for the upstream site, and 30 gallons a minute for the downstream site. The district also has two deep wells connected to a one million gallon (three acre feet) aquifer, up in the hills east of town. One well can pump out 15 gallons a minute and the other nine gallons per minute, which is an ample amount for the district, whose average use is 20 gallons per minute. The wells are only for emergency use, backup for if Irish Gulch cannot provide adequate supply.

“We do pretty well and the reason being that we don’t pump the groundwater aquifers in Irish unless we need to,” said Acker. “We hold that water in reserve.”

Irish Beach may be in a decent spot, but Acker did note the surface water is frighteningly low. “Flows of surface water look like what they usually look like in August,” said Acker.

The Elk Water District should have sufficient water to make it through the season without constraints on usage, according to Charles Acker, general manager for the district, who also manages the Irish Beach water district.

Elk’s water comes from two shallow wells that feed from Greenwood Creek and pump between 30 to 50 gallons of water per minute to approximately 100 customers. Elk, like it’s neighbor to the south, Irish Beach, had surplus water throughout the entire 2014-2015 drought, also according to Acker.

Acker said that his biggest concern for Elk is seawater intrusion. “For Elk, the greatest concern is sea level rise,” he said. “With high tides and saltwater intrusion the water becomes unusable.”

*Correction: A previous version of this story mistakenly stated that Willits does not sell any water to be trucked. However Willits does in fact sells non-potable water but they do not sell potable water outside of their water system.