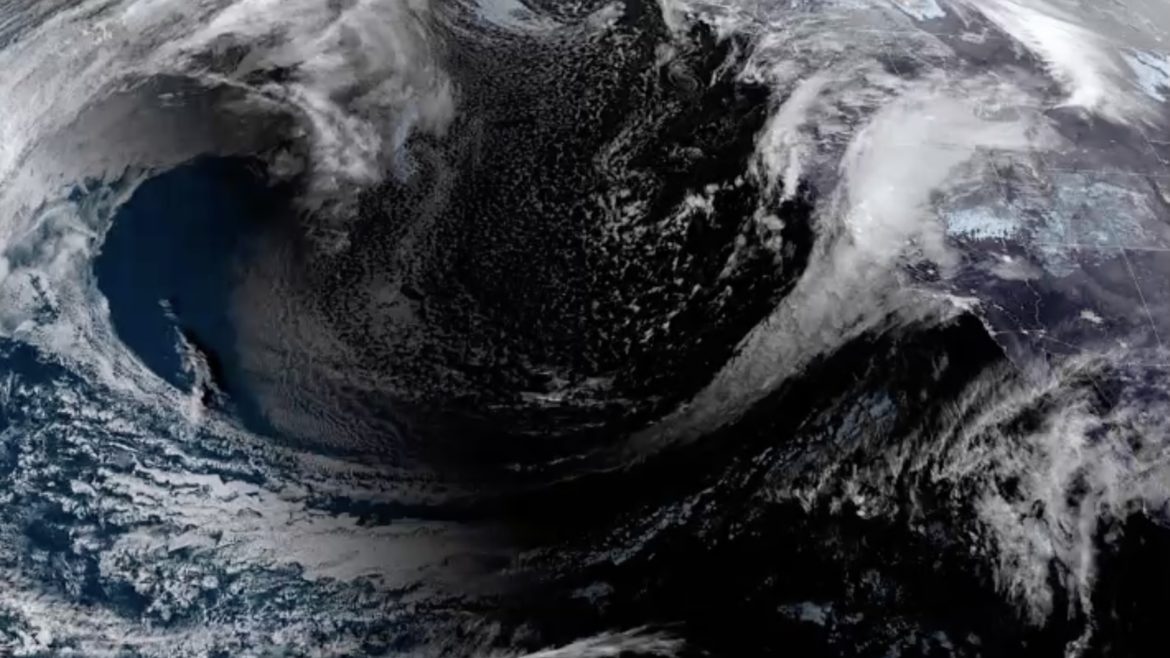 LITTLE RIVER, 1/29/2021 — San Luis Obispo County received over 15 inches of rain in some areas, Mammoth Valley was hit with almost 110 inches of snow, mudslides decimated parts of Salinas, and destroyed Highway 1 in Big Sur. In Mendocino County, areas of Brooktrails, Laytonville, and Willits are still without power and U.S. Route 101 was closed at several points. Winter weather has officially arrived in the state and even by California standards, the storm was unusually destructive and wet.

As we all know, it’s not unusual for the rainy season to start out relatively, well, un-rainy, and then for the state to get hit with a big storm — though not quite like this one. “This storm definitely has more water in it because of climate change,” explained Michael Wehner, a senior scientist who studies extreme weather events and their relationship to climate change at the Lawrence Berkeley National Lab. According to research from Wehner, climate change is driving processes that make winter storms drop more precipitation than has historically been the case in NorCal.

When the atmosphere is warmer, it can hold more moisture. Due to our (about one degree Celsius) warmer planet, atmospheric rivers, which are essentially giant rivers in the sky that are made of water vapor and bring precipitation, are holding more moisture and delivering more intense storms.

“This storm has between six to seven percent more water in it,” said Wehner in an interview, who noted, on Wednesday morning, that heavy snow was falling outside his home in Tahoe. “This is well established, we know that this storm has more water in it because of the human changes to the composition of the atmosphere through the burning of fossil fuels — coal, oil, natural gas.”

To break that idea down, there’s a formula called the Clausius-Clapeyron equation. The equation defines the relationship between heat and the amount of water that the air can hold. It finds that for every one degree celsius rise in temperature, the air can hold six to seven percent more water, and therefore drop six to seven percent more precipitation on us. “We have very clear proof and evidence that the global climate is about one degree warmer [celsius] than it was before the industrial revolution,” said Wehner. “We have high confidence that human activities have increased atmospheric moisture and every storm has more water because of it.”

Thus Wehner concludes that because the climate is one degree celsius warmer than it was back in the 1800s, this recent storm dropped six to seven percent more precipitation. So because the temperature of the planet continues to skyrocket, even more intense storms should be expected for the future. “It’s clear that the number of intense storms, simply because of this moisture argument will increase,” said Wehner.

Although the storm may have brought more moisture to the ground, in many places across the state, this particular storm wasn’t actually that extreme, according to Marty Ralph, a research scientist who studies meteorology at the University of California Scripps Institute of Oceanography Center for Western Weather and Water Extremes.

In this storm, the atmospheric river that hit North of San Francisco only received an atmospheric river ranking 1 (AR1) on Ralph’s scale, which runs from AR1 to AR5 with AR1 being a mostly beneficial, non hazardous storm with relatively light rain that moves over an area quickly — and AR5 being a largely damaging storm that brings heavy rain and stalls for a long period of time.

Other areas of the state did receive higher AR rankings. The atmospheric river over the central coast, which stalled for an extended period of time bringing heavy rain, mudslides, and serious damage, was ranked AR3. Storms of that caliber are only expected to hit that region once a year or once every other year, according to Ralph.

The atmospheric river scale is pretty new to the scene. Ralph created the scale with the intent of helping people better understand the relationship of atmospheric rivers to precipitation, hazards, and water supply. “For communication and situational awareness we needed to distinguish between run of the mill ARs that are weak but mostly beneficial [by bringing water supply] and the big nasty ones that are mostly hazardous,” he said in an interview.

Ralph said that an average atmospheric river can move 25 times Mississippi Rivers discharge into the Delta at the Gulf of Mexico or twice the discharge of the Amazon into the Atlantic Ocean. “They’re literally the biggest rivers on earth, it’s just that they’re vapor in the air instead of liquid on land.”

The scale that Ralph created to define atmospheric rivers is based on two parameters — strength, or how hard it’s raining, and duration, or how long it stalls over a specific location. So an AR1 would bring some light wind, light rain, and maybe a build up to some heavy rain or even very heavy rain for a brief period of time. A stronger atmospheric river, the type that would be hazardous and cause mudslides and debris flow would bring heavy or very heavy rain over an extended period of time, possibly dropping as much as half an inch of rain in 15 minutes. Atmospheric rivers are also correlated to the financial burden they might bring, with AR3’s usually costing 10s of millions of dollars and AR5s 100’s of millions.

The negative impacts of these bigger storms are exacerbated by more intense, mega-fires, explained Michael Wehner. “There’s a lot going on at once,” he said. “To the extent that fire frequency increases and big storms increase, one could expect more landslides and mudslides.”

As we were having this conversation, on Wednesday, a mudslide from the River Fire was pouring into Salinas.

The week’s storm has now mostly petered out and most of Mendocino will experience a day of reprieve today. According to Scott Carroll, senior forecaster at the National Weather Service Eureka, more rain is on its way to Mendocino County. Carroll said that the next atmospheric river to move over the state looks very weak. Marty Ralph ranked it an AR1, so the rain should bring enough precipitation to start filling up reservoirs and rivers, but not enough to cause any serious damage.