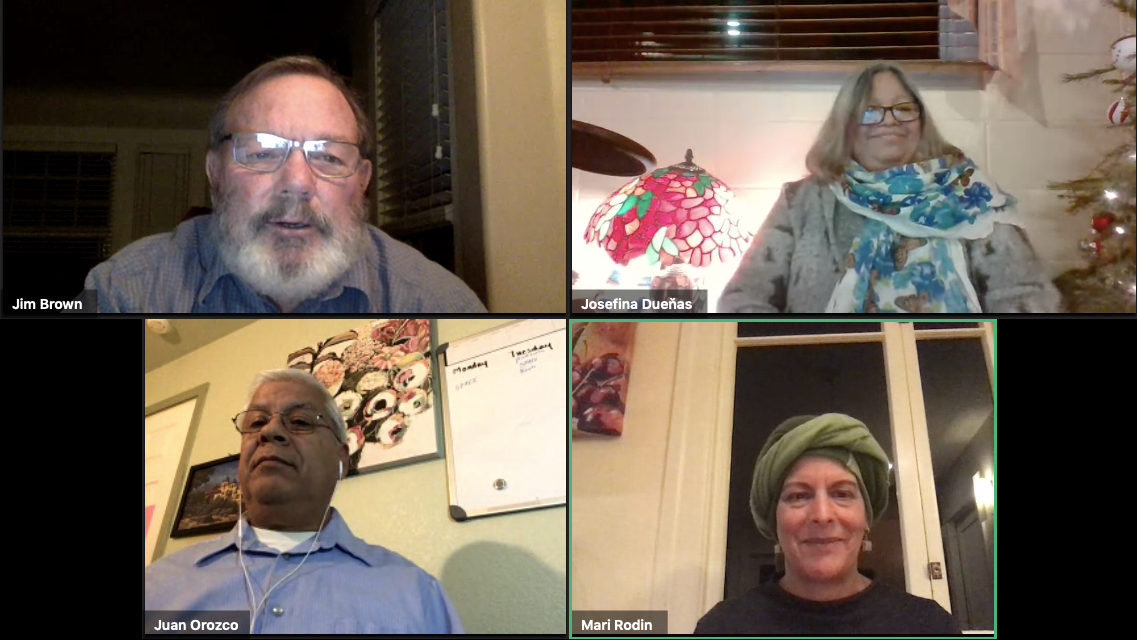 MENDOCINO Co., 1/28/21 — By a unanimous Thursday night, the Ukiah City Council selected former mayor Mari Rodin to fill out the term of Supervisor Maureen Mulheren, who vacated her seat after being elected to the Mendocino County Board of Supervisors.

Back on October 17, it was widely reported Rodin was stepping back from her campaign for county supervisor in the race against Mulheren after Rodin got a cancer diagnosis and canceled a candidate’s forum. However, she continued in the race and got 35 percent of the vote in the November election.

The council didn’t ask her about her health during the meeting and her letter and application packet to the council didn’t mention it, nor elaborate on her physical fitness to fill the role. The online platform presented some difficulties — some candidates were unable to get on with video, and others struggling with the technology.

“I am prepared for this appointment. I have applied the leadership skills I learned as a parent and business professional to find common ground and build consensus in city government,” Rodin said, in her application letter to the council.

Each of eight candidates was given three minutes for an opening statement at the meeting. Then the council asked questions and members of the public had a chance to speak. During the public portion, Supervisor Mulheren spoke and endorsed Michelle Johnson to take her place.

Orozco said during these difficult times it was important to have someone with Rodin’s experience but he was also impressed with Johnson.

The council then each came up with two or three candidates they favored. Rodin made the lists of three members. Johnson and Scalmanini were also on the lists of those three.

Dueñas had a different list that included Soinila, Sher, and Ramos. After all four council members had made a list of favorites, Brown made the motion and Rodin was selected unanimously to be sworn in and take her seat at the next regular council meeting on Feb. 3.

Rodin will fill the unexpired term of former Councilmember Mulheren, with the term expiring with the general municipal election in 2022.

*An earlier version of this story incorrectly reported the vote count. The vote was unanimous.