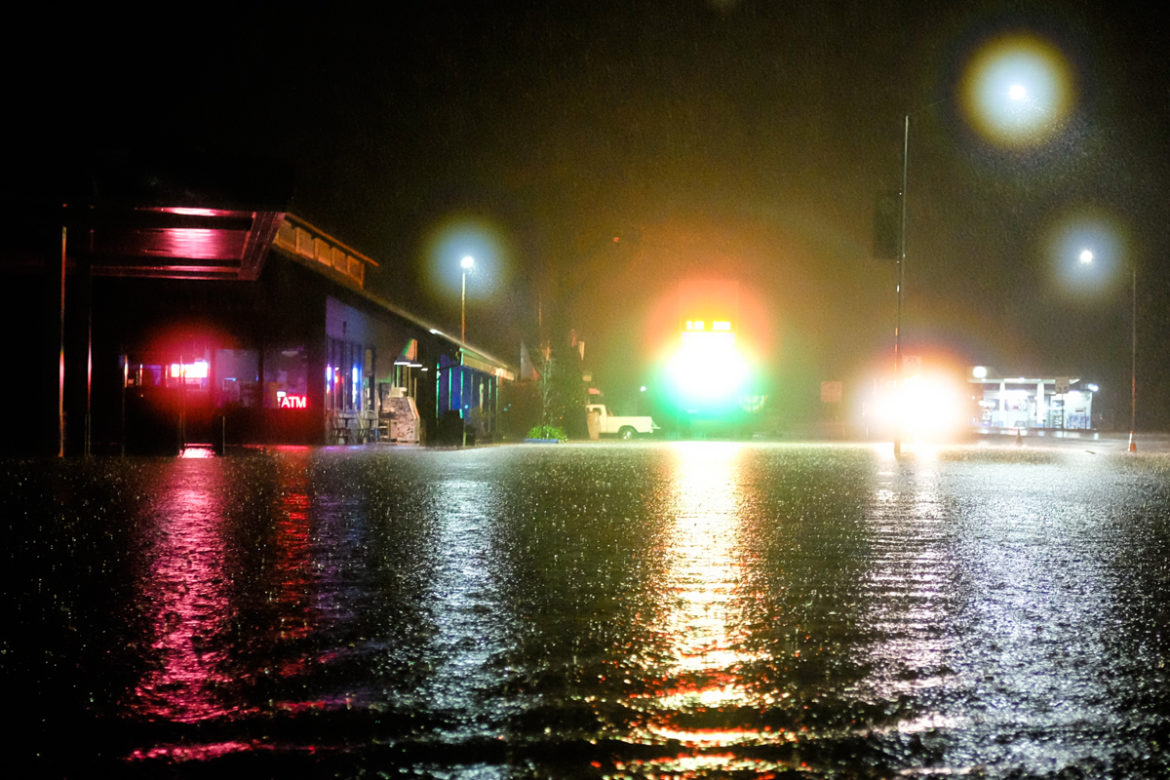 A flooded Hopland on the night of February 27, 2019. (Josh "Jethro" Bowers / The Mendocino Voice)

WILLITS, 1/29/21 — The reprieve of sunny, if brisk, weather that Mendocino County saw today is not scheduled to last long as a new storm system drifts in from the Pacific. A new moist system is forecast to roll in Sunday, bringing rain totals in the three to six inch range.

This system is expected to bring some downpours, and could combine with melting snow in the high hills to bring localized floods. As a result the National Weather Service’s office in Eureka has called a flood watch for Mendocino, Humboldt, Trinity and Del Norte counties.

The watch, which is a less severe notice than a flood warning, begins Saturday evening and lasts through Monday night.

The Ukiah Police Department sent out a notice of the watching, saying that localized flooding could happen around storm drains, creeks, and other areas (see below).

A warm and moist air mass will spread across northwest California Saturday night through Monday night. A long duration of heavy rain will be possible as a result. The National Weather Service in Eureka has issued a

* Three to five inches of rain is expected Saturday night through Monday night across most coastal and valley locations, with higher amounts from six to nine inches possible across southwest facing mountains and ridges. Heavy rain combined with saturated soil and melting snow across the mountains will contribute toward possible flooding.

Instructions:A Flood Watch means there is a potential for flooding based on current forecasts. You should monitor later forecasts and be alert for possible flood warnings. Those living in areas prone to flooding should be prepared to take action should flooding develop.

From UPD via Nixle