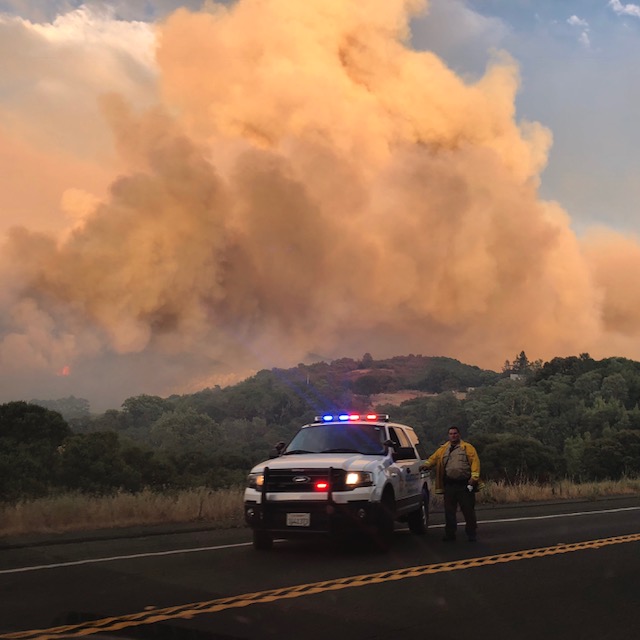 If you want to submit a public comment, you can find the executive summary and draft plans here.

Last week, Mendocino County’s Disaster Recovery Division released a draft of it’s Mendocino Multi-Jurisdiction Hazard Mitigation Plan, which outlines how the county will prepare for and respond to natural disasters in the future. If you want to learn about and comment on the county’s plans to deal with extreme weather and our changing climate, you can check out the plan here. It will be open for public comment until October 26.

The federal Disaster Relief and Emergency Assistance Act requires that every state, tribal, and local government have a hazard mitigation plan in order to minimize the impact of natural disasters, increase local resiliency, and strengthen communities in the face of extreme weather. The act, which is also known as the Stafford Act, was written with the stated intent of creating an organized system for the federal government to provide technical and monetary assistance to local and state governments to help them cushion the blow in case of natural disasters.

With the potential for tsunamis, earthquakes, wildfires, floods, drought, mudslides, and more, Mendocino has a lot to prepare for.

In order to stay eligible for federal funding from the federal hazard mitigation grant program, state, local, and tribal governments must update their hazard mitigation plans every five years. For Mendocino County, time is almost up. Their newest draft is due to FEMA and the California Office of Emergency Services (Cal OES) before the new year.

Mendocino County is developing their updated plan along with five other jurisdictions — Fort Bragg, Willits, Point Arena, Ukiah, and the Mendocino County Office of Education. All the parties are working with a private consultant, Atlas Planning Solutions, which specializes in hazard mitigation, to create their updated draft.

The updated plan lays out the county’s disaster mitigation strategies — what projects they want to complete to create more resilient communities, what disasters they need to focus on, how to get the community involved, and how they can update their plan in accordance with the quickly changing climate.

“The plan is there to provide folks with education on hazards that potentially face us and make us vulnerable,” said Mendocino County Disaster Recovery Division Director Ignacio Gonzalez. “Fire, floods, earthquakes, excessive heat, tsunamis, droughts, these are all potential issues out there.”

This document is created to provide guidance, and serve as a blueprint for how to deal with disasters in the future, Gonzalez explained over the phone.

“This plan is a living breathing document that we look at constantly and reassess. After we have a disaster, we have a fire, we have any issue, we look back at the plan and ask the question, ‘what worked and what didn’t work?’”

The last time the document was updated was in 2014. A lot has happened and a lot has changed since then. Small earthquakes, unrelenting drought and smoke, and of course, the coronavirus have all hit the county. In 2018, California’s largest fire in recorded history burned in Mendocino National Forest. Two years later, that record was broken by the August Complex, which is still burning in parts of Mendocino.

Gonzalez noted that they are keeping the rapidly changing climate in mind when making decisions about how to mitigate the impacts of disasters.

Gonzalez said he hopes that before the county disaster recovery division sends their draft over to FEMA and Cal OES for approval, they will receive public input, which he said would help them better understand the county’s needs.

“This is our document, as the public,” he said. Gonzalez said he wants to know what people are seeing in their communities, what concerns they have, and what they think needs to be done, so that the division can use that information to figure out where they should be focusing their time and effort.