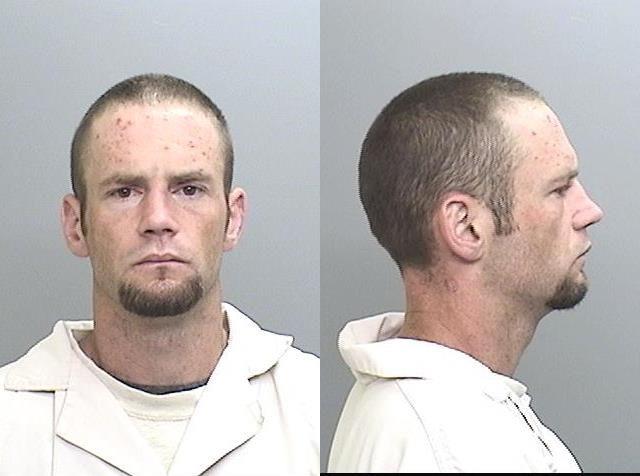 FORT BRAGG, 10/20/20 — Robert Henry Brockway III, 33, is being held on suspicion of first degree murder and two charges of violation of county parole, according to county filings.

Brockway, of Albion, is accused of using a sword to kill Jimmie Mathias Mooneyham, 60 of Fort Bragg, this Monday, according to a Tuesday criminal complaint filed by the Mendocino County District Attorney.

The filing states that Brockway has a previous felony strike under the three strikes law — for a 2009 conviction in Hawaii for first degree burglary.

In a Facebook post early Monday afternoon the Mendocino County Sheriff’s Office said deputies had responded to a violent assault in the 19000 block of Babcock Lane (off Highway 20) in Fort Bragg and they were actively searching for Brockway.

A reverse 911 call asking residents in the SR-20 area of Fort Bragg to shelter in place was canceled about 5:15 p.m. Later Monday evening, another press release stated Brockway was in custody.

Arraignment for Brockway on the charges is set for Thursday at 9 a.m. in Superior Court.

In addition to the Hawaii matter, Brockway has been the subject of previous local cases and press releases from the sheriff’s office in 2017 and 2019 involving assault and weapons charges. The Tuesday filing by the district attorney’s office states Brockway has been convicted of two or more felonies.

County court files also show him involved with a probate civil case dated last week. Brockway is being held in lieu of $500,000.00 bail for the murder charge and on a no bail status for the probation violation.

Here is a press release on the issue from the MCSO:

Synopsis:
On 10-19-2020 at 1:30 PM Mendocino County Sheriff’s Deputies were dispatched to a violent assault that had occurred at a residence located in the 19000 block of Babcock Lane in Fort Bragg, California.

Upon arrival Deputies located Jimmie Mathias Mooneyham deceased inside his residence.  His injuries appeared to be caused by a bladed instrument.

Deputies learned Brockway had fled the area on foot shortly before the Deputies arrival prompting an immediate search of the area.

An extensive search of the area was unsuccessful in locating Brockway.

Sheriff’s Detectives were summoned to the scene and began to conduct follow up investigations with the assistance of the Mendocino County District Attorney’s Office and California Department of Justice Eureka Crime Lab.

Deputies continued the search for Brockway and found him at a family member’s residence in Fort Bragg where he arrived unannounced.

Brockway was arrested without incident and was cooperative with Deputies.

During initial scene investigations it appeared the incident was an unprovoked act of violence and the pair were social acquaintances.  Brockway was known to frequent the property where Mooneyham lived, which also contained other living quarters.

Brockway was booked into the Mendocino County Jail on charges of 187 PC (Murder) and violation of Post Release Community Supervision (PRCS – County Probation).

Brockway was to be held in lieu of $500,000.00 bail for the murder charge and on a No Bail status for the PRCS violation.