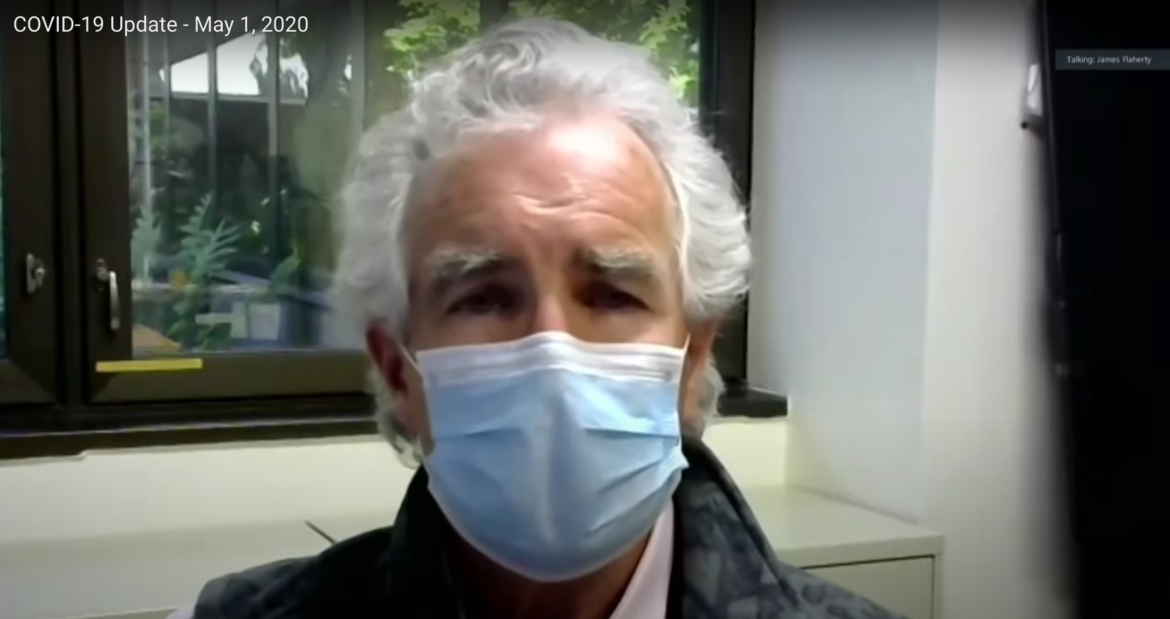 Subjects touched on include the current situation in Round Valley, the progress of testing, the timeline for the reopening of the state and Governor Newsom’s statements about the stages of reopening. Also discussed were protections for workers and just when facial coverings are required.

ORIGINAL
WILLITS, 5/1/20 — Today at noon the Mendocino County public health order mandating the use of facial coverings in public went into effect (read more about the order here), and Public Health Officer Dr. Noemi Doohan will be giving a live remote press conference update this afternoon at 2 p.m., in which she is expected to elaborate on the situation in Round Valley, and on the specifics of the facial covering order.

The press conference will be streamed live to the County’s Facebook and Youtube pages, and we will also attempt to stream it to The Mendocino Voice’s Facebook page, but may experience some technical difficulties.

As of this morning at least 1,244 tests for coronavirus, which causes COVID-19, had been conducted in Mendocino County, including some amount of “surveillance” testing of sensitive or vulnerable populations around the county. Twelve people have tested positive for COVID-19 and of those seven were in Round Valley, with the small outbreak there seemingly contained to two families.

After several members of a family tested positive last week Mendocino Public Health and the Round Valley Indian Tribes worked together to perform a large number of tests, collecting 160 test samples on Monday dn 180 on Wednesday. Of those the bulk of the test samples have been processed, with only one more positive test coming back from the Sonoma County Public Health lab. Though the COVID-19 test does have some rate of false negatives, overall these results bode very well for situation in Round Valley — and it is possible that fast action on the part of both the sick people themselves and the tribal government have resulted in a potential outbreak being contained. Still the situation remains fluid.

In a brief interview on Wednesday Dr. Doohan declined to state whether she was in Mendocino County, when asked whether she was back from her home in San Diego County she responded “I’d rather not say.”

Here is the original article on facial coverings: