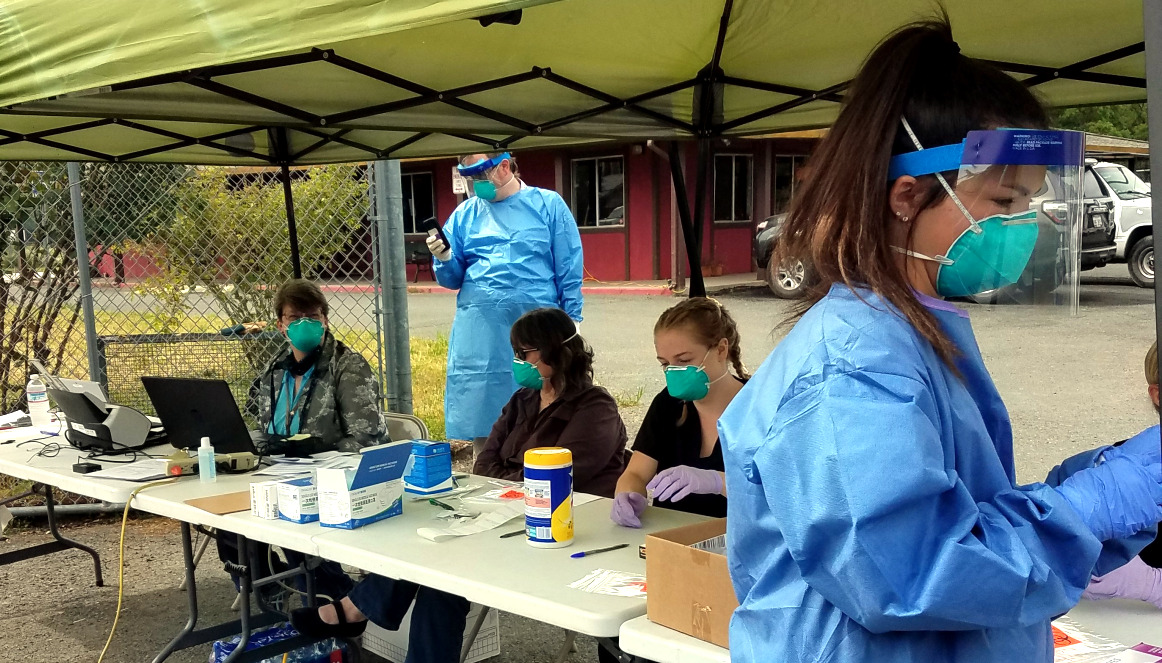 Workers prepare to collect COVID-19 test samples in Round Valley.

MENDOCINO Co., 4/29/20 — Drive-through and walk-up COVID-19 testing will be avaliable today, Wednesday, at the Round Valley Indian Tribes Housing Authority from 2 p.m. to 4 p.m., as well as by appointment, Mendocino County Public Health announced today.

According to a spokesperson for the County of Mendocino, county and tribal staff hope to take up to 200 samples for testing. Those samples will presumably be driven to Sonoma County Public Health’s lab for processing. Workers collected 175 test samples on Monday, of which at least one tested positive for COVID-19, and 55 tested negative — and unknown number of those tests are still pending, though public health officials say they will be making an announcement on those results later this afternoon. Some kinds of COVID-19 tests can have a false negative rate of as high as 10% and it is unknown if those 175 test samples were from 175 people, or if some people were tested twice. It is also unknown if those 175 people were all people who had not previously been tested.

The tests are, of course, in response to the outbreak of COVID-19 on the Round Valley Indian Tribes Reservation. Five members of one family have tested positive for the virus, as well as a couple people who had contact with members of the family. According to CEO Carmel Angelo, members of the family made three trips to the Bay Area in recent weeks, where it is likely the contracted the virus.

Efforts were made to contact both tribal officials and the Round Valley clinic, but as of time of publication no one had responded.

Here is an announcement tweet from Mendocino Public Health: