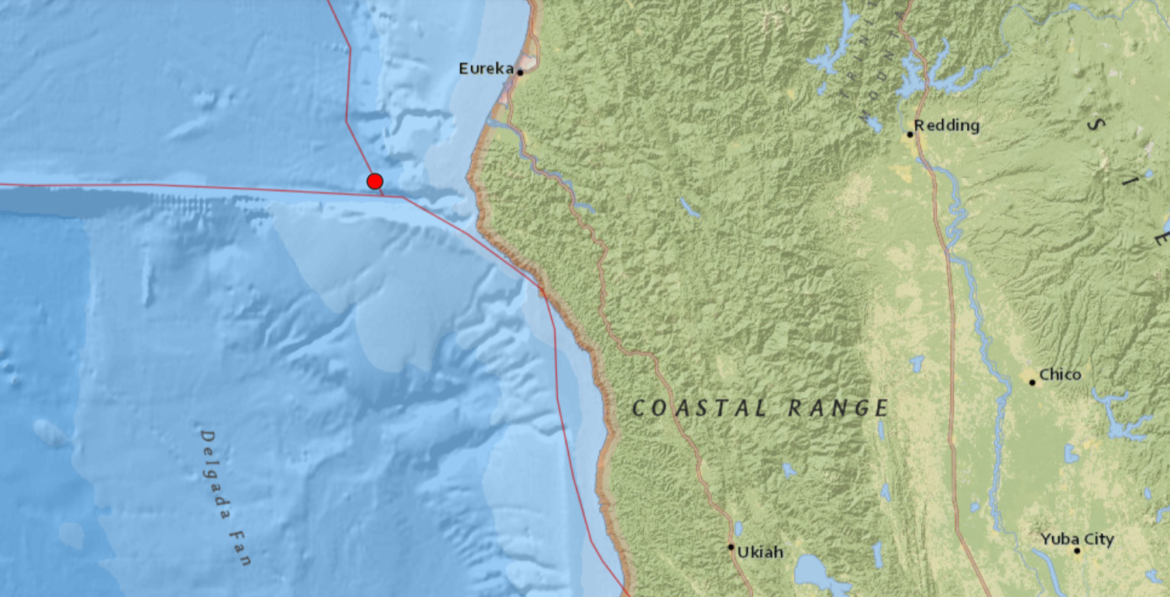 WILLITS, 3/22/20 — In what has been been a somewhat busier that average earthquake month, the North Coast was once again shaken by a temblor measuring 4.8, which struck off the coast of Cape Mendocino. The quake shook the coast at around 9:28 a.m.

The quake has it’s epicenter roughly 29 miles (47km) west-northwest of Petrolia in Humboldt County, and at a depth of 7.4 miles (ll.9km) below the surface of the earth. The quake’s location appears to have been very near the Mendocino Triple Junction, a place where three tectonic plates meet in the Pacific Ocean, namely the North American, Pacfic, and Gorda plates.

This quake appears to have struck at the fault between the Gorda and North American plates.