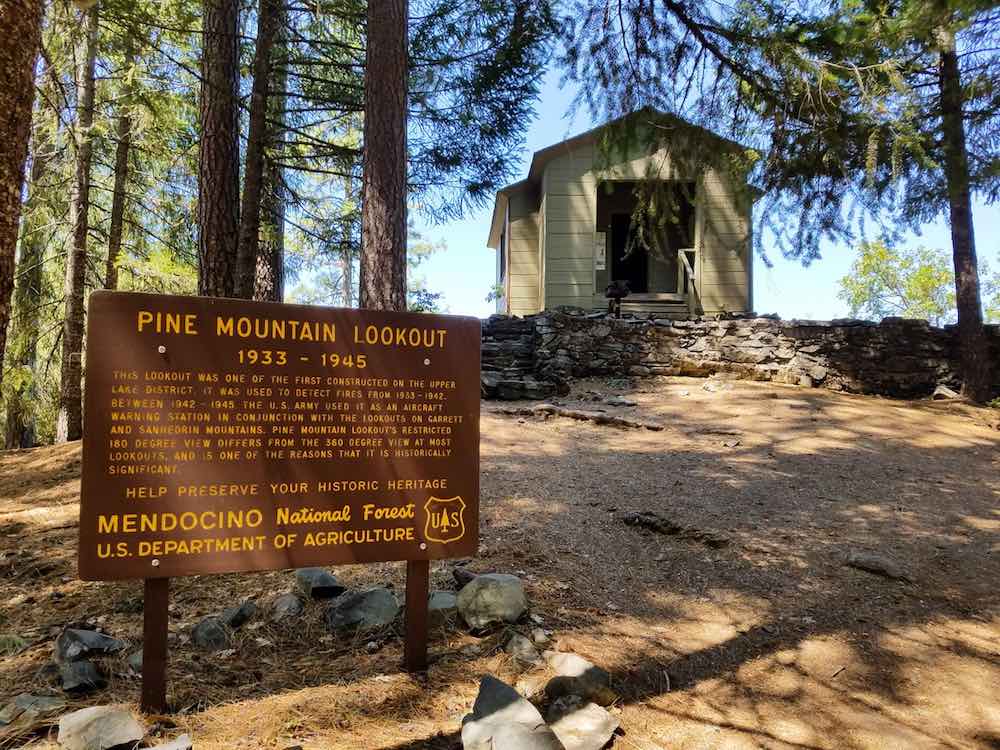 MENDOCINO Co., 1/13/19 — The Pine Mountain Lookout, which is located in the Upper Lake District of the Mendocino National Forest, will be re-opening on April 30. The lookout was closed during the Ranch Fire, although the building was not damaged, but the surrounding area needed to be cleared of downed trees and other debris after the fire.

Reservations for the Pine Mountain Lookout are currently open at recreation.gov, and the site will be open until November 11, 2020. Here’s the full announcement from the Forest Service:

WILLOWS, Calif. – Jan. 8, 2020 – The Pine Mountain Lookout on the Upper Lake Ranger District of the Mendocino National Forest will reopen for the 2020 season Thursday, April 30. Visitors will be able to make reservations for the popular recreation site at www.recreation.gov Wednesday, Jan. 8, 2020. The lookout will remain open until Wednesday, Nov. 11, 2020.

The lookout was closed in the summer of 2018 due to the Ranch Fire. Although firefighters were able to protect the lookout from burning in the fire, roads needed to be repaired, hazard trees removed and debris cleared before it could be reopened. Thanks to the efforts by recreation, fire, engineering staff and road contractors, the bulk of that work is finished. The lookout is accessible by car. Guests are responsible for their own travel arrangements and safety, and will need to bring several of their own supplies for a comfortable and enjoyable experience at the lookout.

Rustic Pine Mountain Lookout was constructed in 1933 and used for fire detection until 1942. During World War II, the lookout served as part of an aircraft defense monitoring system that extended throughout California. This lookout is historically significant because it offers 180-degree views of the surrounding terrain instead of 360-degree views at other lookouts.

The lookout is perched on an outcropping, at an elevation of 4,400 feet. It is in a mixed forest of ponderosa pine, Douglas fir, black oak and madrone trees. Bucknell Creek and the Eel River are the major drainages in the area. The windows afford views of endless mountain peaks and offer a good vantage point for watching the evening sunsets. A variety of bird species (eagles, owls, hawks, and osprey), mountain lions, black bears, black-tailed deer, flying squirrels, bobcats, Tule elk, and snakes inhabit the area.