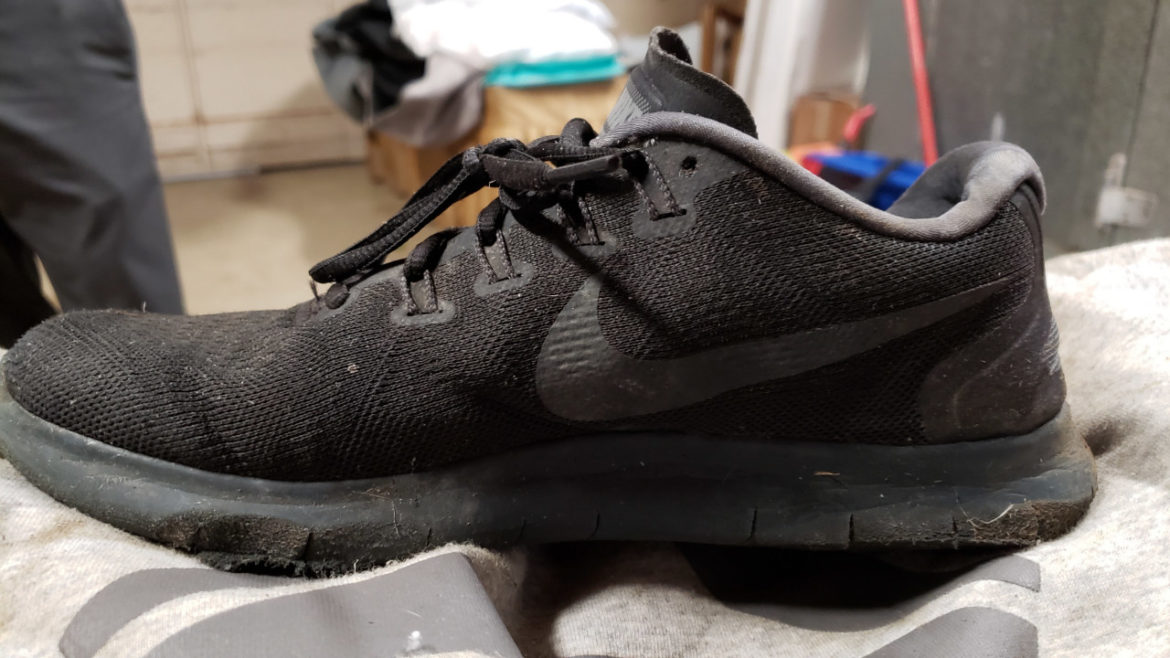 UPDATE 2:50 p.m. — Lt. Shannon Barney of the MCSO has confirmed that the deceased has been identified, through some acquaintances or relatives in Sonoma County. His identity has not yet been released though, pending notification of next of kin, who may be in Mexico.

ORIGINAL
MENDOCINO Co., 1/23/20 — An unidentified man was killed on Sunday night, Jan. 19, after walking into traffic on U.S. Route 101 near Burke Hill Rd. and now the Mendocino Sheriff & Coroner’s Office is requesting the public’s assistance in identifying him. To that end they have released these photos of the clothing he was wearing that night.

Furthermore, the deceased is described as having been a Hispanic male, between 5’2″ and 5’5″ in height, weighing approximately 140 pounds, between the ages of 18 and 25. He was wearing, “black Nike low top tennis shoes, black jogger style pants, a two toned gray Reebok hooded sweatshirt, and a light gray short sleeved shirt with a pink flamingo print,” and was carrying no identification.

As in many California counties, the sheriff is also coroner and is seeking to identify next of kin, as well as deliver the man’s earthly remains to his family.

The accident was first reported in this article, in which one witness described the man as entering the road waving his hands, stepping almost directly into oncoming traffic. He was struck by and a Ford F150 and died at the scene.

Here’s the full press release from the MCSO:

Synopsis:  The Mendocino County Sheriff-Coroner’s Office is seeking help from the public. On 1/19/2020 around 10:49 PM a pedestrian was struck and killed by a motor vehicle on Highway 101 between ReTech and Ukiah, in Mendocino County. The decedent is believed to be a Hispanic male, estimated to be between 18 and 25 years, approximately 5’02” to 5’05” inches tall, weighing approximately 140 pounds, with black hair and brown eyes. The decedent was wearing black Nike low top tennis shoes, black jogger style pants, a two toned gray Reebok hooded sweatshirt, and a light gray short sleeved shirt with a pink flamingo print. The decedent had no identification on his person.  We are asking anyone who might recognized the description or who might have information to please contact the Mendocino County Sheriff’s Dispatch at 707-463-4086 or the Mendocino County Coroner’s Office at 707-463-4421. The Sheriff’s Office would like to be able to contact and notify the decedent’s next of kin and return his remains to his family.