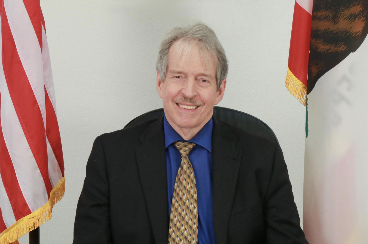 MENDOCINO Co., 11/19/19 — Mendocino County District 2 Supervisor John McCowen announced today that he will not be seeking re-election in 2020. Citing 30 years of local government service, McCowen said he is humbled and, “deeply grateful for having the opportunity to serve, for all the support I’ve had over the years.”

Ge noted in his written announcement that he had missed his first board meeting on November 5 due to an emergency room visit, causing him to realize, “how completely I put the demands of public service ahead of my personal interest,” and that “I cannot continue to give 100% of my time and energy to doing the job while simultaneously campaigning for the job.”

McCowen is a fifth generation Ukiahan who served on the Ukiah City Council before being elected as supervisor in 2008. There are currently two candidates who have filed to run for that position, current Ukiah City Councilmember Maureen S. Mulheren, and Joel Veikko Soinila, and several weeks remain before the final filing deadline on December 6 (see all those details in this article). McCowen will remain in office until the newly elected supervisor is sworn in January, 2021.

Two other seats on the Mendocino County Board of Supervisors are also up in the coming election, in Districts 1 and 3, meaning there could be a significant shift in the political makeup of the Board, as both McCowen and District 1 incumbent Carre Brown will not be running again. The primary election will take place on March 3.

Here is the full statement from McCowen regarding the upcoming election, below. You can read our previous coverage of his activities as supervisor here.

“For over thirty years it’s been my honor to serve the people of Ukiah and of Mendocino County. During this time I’ve served on the Grand Jury, City and County Planning Commissions, City Council, Board of Supervisors, numerous associated boards and committees and community non-profit organizations.

I am humbled and deeply grateful for having the opportunity to serve, for all the support I’ve had over the years, and for all the encouragement I’ve had to run for re-election.

Two weeks ago, instead of being in a Board of Supervisors meeting in Mendocino, I was in the Emergency Room in Ukiah. It was the first Board meeting I’ve missed and it also served as a reminder of how completely I put the demands of public service ahead of my personal interest.

But after a great deal of reflection I realize that I cannot continue to give 100% of my time and energy to doing the job while simultaneously campaigning for the job. Therefore, I am announcing today that I will not be a candidate for re-election on March 3. Instead, I will continue to work hard doing the best job I can for the people of Mendocino County for the balance of my term.”

One thought on “Supervisor McCowen declines to run for re-election; “Humbled and deeply grateful for having the opportunity to serve””