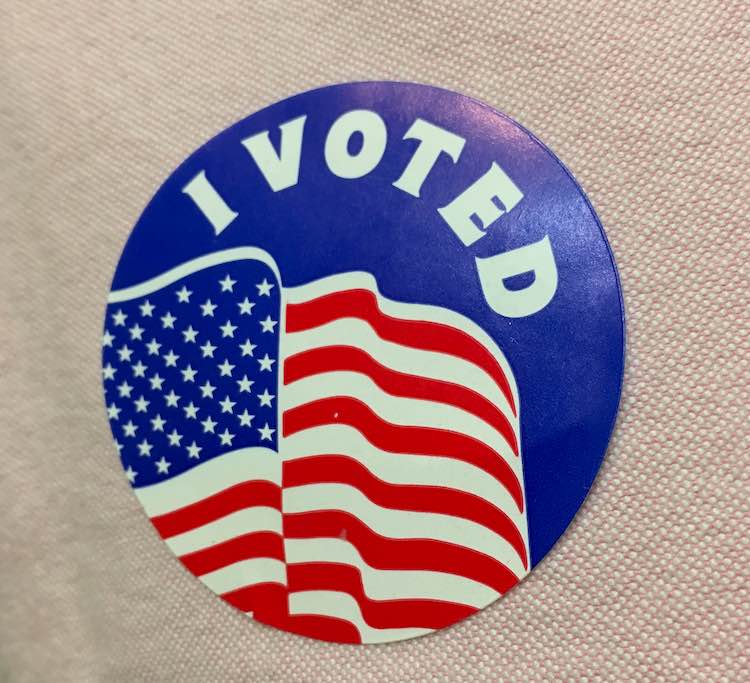 Did you vote yet?

WILLITS, 11/5/19 — Today is the Tuesday after the first Monday in November, traditionally the day Americans go vote, but there is no election today, due to California moving most voting to even numbered years. Apparently enough people have been calling into the Mendocino County Office of Assessor-County Clerk-Recorder asking about this would-be exercise of the franchise that they have put out a press release announcing that today is not election day.

The next election will the the 2020 California Primary on Tuesday March 3, at which time the 1st, 2nd, and 4th districts will hold supervisorial elections, and there will likely be a small herd of ballot measures to vote on, among other things. The list of the people who have already official filed notice of intent to run is below, and the dates official register to run are also below.

As to question of why we the citizens of the oldest republic on Earth vote on a Tuesday in the fall, that has to do with the weather back east where this all got started. There, November was the ideal time to vote — between the hard work of the harvest, and the winter storms that would make roads impassable, since most men (and it was only men then) had to travel some distance to get to the polls. The date and day of the elections remained a state until the invention of the telegraph, when fear that instant communication about winners in one state might influence voting in another, resulted in Congress standardizing a national election day in 1845.

The story about why it got set on Tuesday goes that Congress didn’t want to force people to travel on the Sunday sabbath, nor have to take the day off of work on Wednesday, which was the traditional market day. So Tuesday, with Monday to travel to the polls, was decided on.

Today there are complaints from many corners that voting on Tuesday is an archaic practice (what with cars and buses, and vote by mail) since most people work Tuesdays, and instead elections should be held on a Saturday or alternatively, that election day should be a federal holiday that everyone gets off.

But the Tuesday thing is by no means uniform around the world:

In the United Kingdom they vote on Thursdays (apparently at least partially because people are too drunk on Friday to vote). Mexico on the other hand votes the first Sunday in June, and bans the sale of alcohol prior to and on election day, to ensure a sober electorate (though the length of the ban varies from more than 48 hours, to just election day).

Punctual Canada holds their federal elections on Monday (unless it’s a holiday). In Australia the federal election is on a Saturday, and compulsory, any eligible voter who doesn’t vote can be fined.

In contrast, the world’s largest democracy, India, with 900 million eligible voters (almost 3 times the total population of everyone in the U.S.) staggers their voting to accommodate that giant undertaking.

Here is the press release from the Election’s Office:

ELECTION INFORMATION
The Elections Department received several phone calls last week from concerned Mendocino County residents reporting they had not received any voting information yet for the November 5, 2019 election. According to Katrina Bartolomie, Assessor-County Clerk-Recorder-Registrar of Voters there is not going to be a November 5, 2019 election.  Mendocino County’s next election is scheduled for March 3, 2020.

Information on the March 3, 2020 Presidential Primary Election: November 6, 2019 is the final day candidates who are running for Statewide or Local offices can submit their Petitions In-Lieu of Filing Fees; Candidate Filing Dates are November 11 – December 6, 2019, with an extension to December 11, 2019 if the incumbent of an office fails to file; the last day to register to vote in the March Primary is February 17, 2020.  Please call the office if you have any questions or comments.

And here is the list of people who have filed a notice of intent to run for office:

2 thoughts on “There was no election today, but here’s who’s entered the race so far — also, why do we vote on Tuesday?”