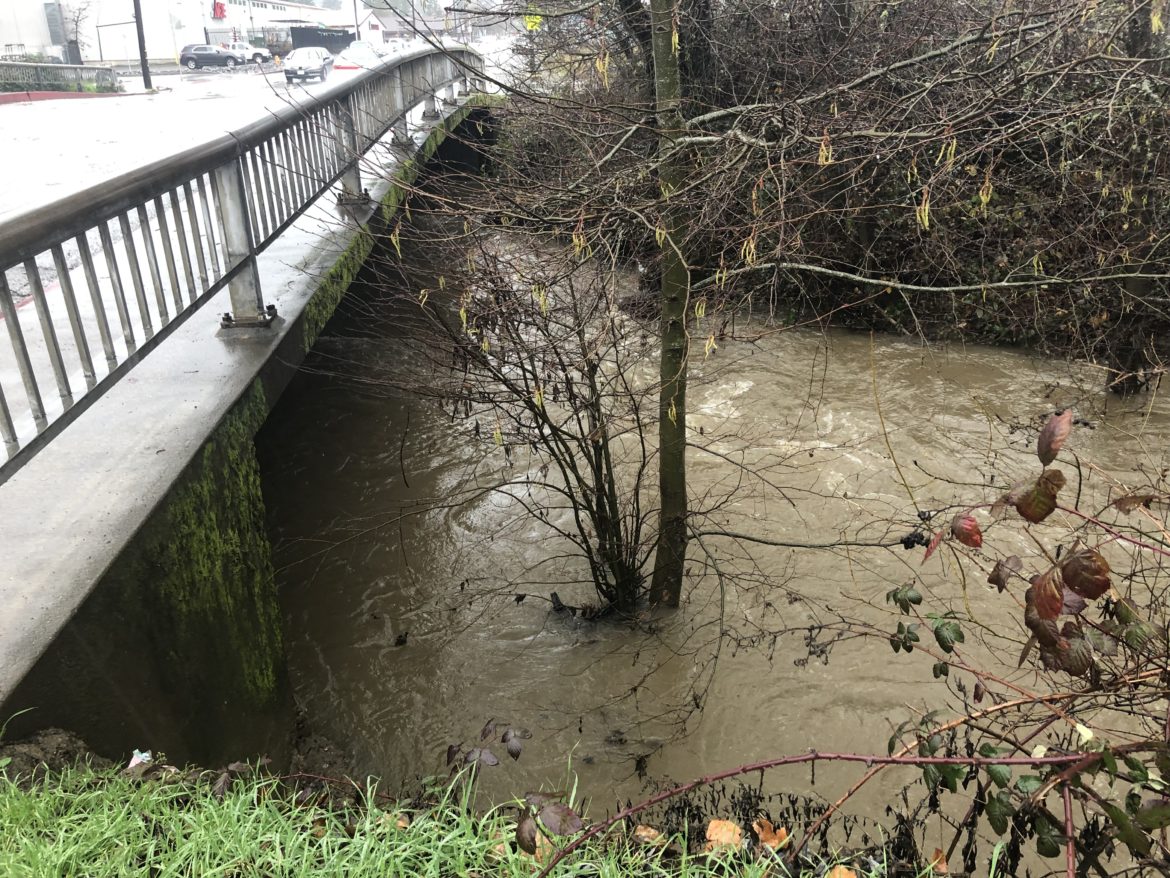 UPDATE 12:30 p.m. — Hwy. 1 is now reopened. It had been closed at the Garcia River. According to PG&E potentially over a thousand customers in Mendocino County remain without power, though in most cases power restoration is expected to occur in the next couple hours.

(Scroll down for the original story)

UPDATE 10:25 a.m. — Brooktrails has opened a warming center, at their community center, for people who are still without power.

UPDATE 10:00 p.m. — CalTrans has announced that Hwy. 175 is closed at Old River Rd. due to flooding of the Russian River. Old River Road appears to be open.

State Route 175 in Hopland is closed at the Russian River due to flooding. No estimated time to reopen at this time.