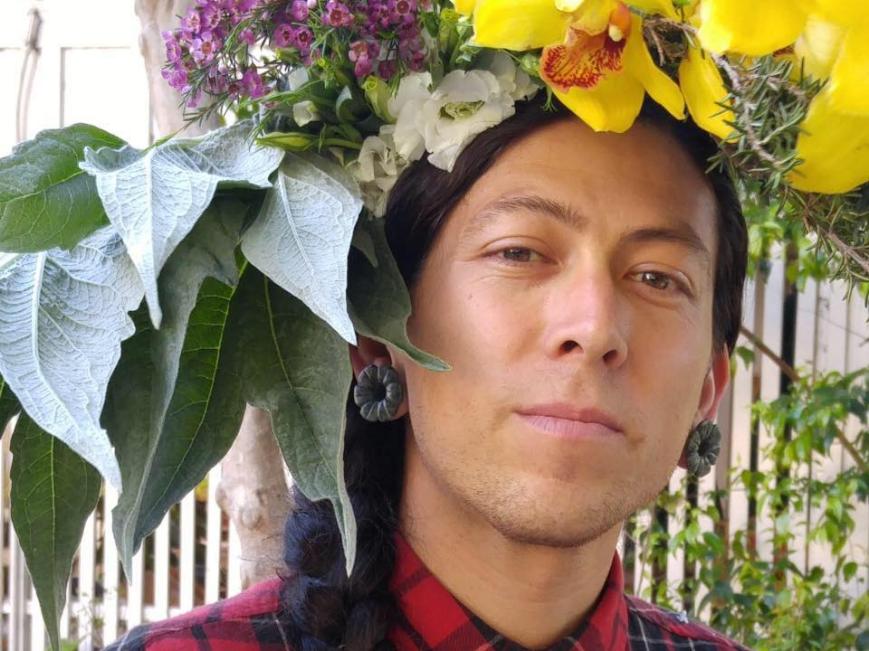 WILLITS, 9/25/18 — Some additional details have been released concerning the traffic accident in which local farmer Xamuel Lara was killed. Lara was a much beloved activist and farmer in Covelo, who died suddenly when he was struck by a truck on September 14.

According to the Ukiah Police Department, he was riding his bike east on Talmage Rd., just past the gas station off Hwy. 101, and was struck while crossing Hastings Rd. There was road work in that area and apparently traffic was being, at least somewhat, directed by a road work flagger. A construction dump truck was also traveling east on Talmage and turned right onto Hastings as Lara was crossing the intersection on his bike. Lara was struck by the truck and, according to a witness, potentially went under the truck.

Neither Lara nor the driver were intoxicated, according to the UPD, and the investigation into the exact cause of the tragic accident is ongoing. It is possible that there may have been some confusion regarding the road work and the flagger. No charges have been filed in the case.

Lara’s death has resulted in an outpouring of sympathy and grief from members of the community. A memorial was held for him in Covelo, and another was held by his family in Los Angeles. A GoFundMe was also created to pay for funeral expenses, and has met its goal. The GoFundMe wall includes many messages detailing how he affected the lives of people in the community and farther afield, and how he will be missed.

Here is the text from the GoFundMe:

This sweet young man was a farmer and artist and social justice warrior. He was a reliable and resourceful friend.  He was a trickster who loved to learn and to teach. He respected the earth and its peoples. He had made such great strides on his way to so many admirable goals. We lost him to a random event. As we mourn our loss, we wish to honor him by helping his family in their grief and their sorrow. Please contribute to this fund to help them with the costs of his passing. The smallest donation is as meaningful as the largest. Con amor y respeto a todas las ramas de la familia de este hombre, gracias.

Lara’s family is seeking cuentitos, small stories about people’s experiences with him. If you knew him and would like to share, the details are in this message from the GoFundMe page:

Hola Todx, Xamuel’s family is hoping for folks to send them letters or cards con cuentitos/with stories about your experiences with Xam. Xam’s parents have been hearing a lot of stories about Xam’s life from Xam’s community in the past few days and have been really enjoying hearing them. To get the address, please send me a message on facebook under “Marecita Sylvestre” or on instagram under “rosas.sylves3” or to my email at “marandascc @ gmail . com” (no spaces) and I can direct your cards and letters. Xam was so well loved by so many people. May Xam rest in power

Here is our original article concerning the accident, which was published before the identity of the deceased has been made public:

Bicyclist killed in collision in Ukiah