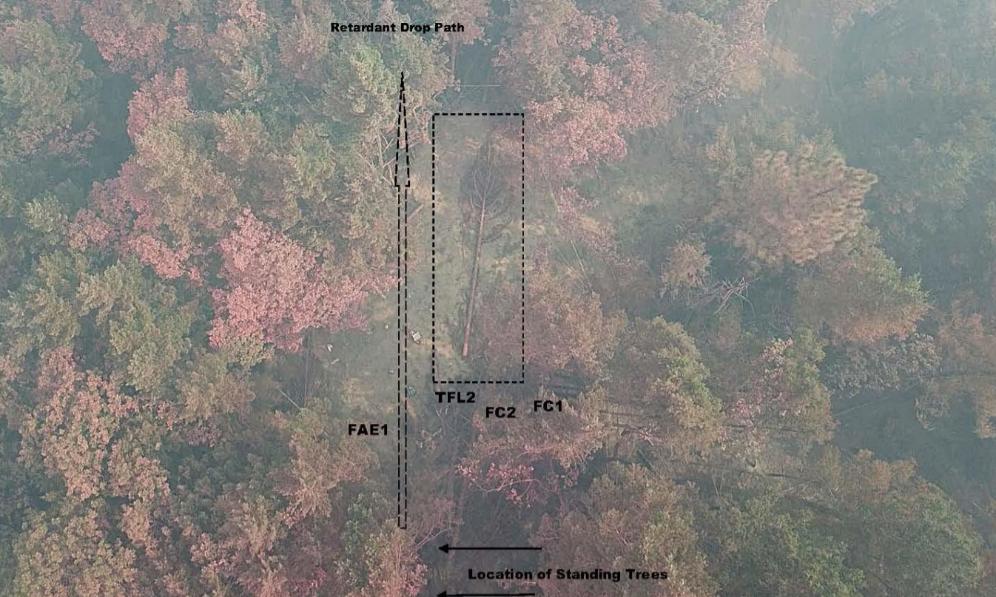 An aerial photo of the accident site where Draper City Battalion Chief Matthew Burchett was injured. 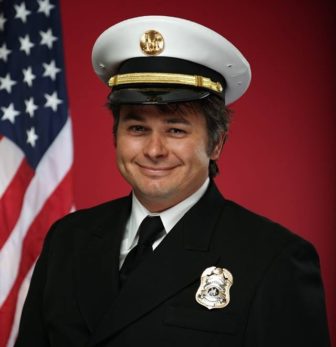 MENDOCINO Co., 9/25/18 — The details and cause of the death of Draper City Fire Chief Matthew Burchett, who was killed in Mendocino County while fighting the Ranch Fire, were made public last week. After a thorough investigation, Cal Fire issued a report concluding that he was killed when the 747 “supertanker” made a drop at barely 100 feet above the trees, causing an 89 ft. tall Douglas Fir to uproot and fall on him — another large tree was split in half by the drop and injured other firefighters. Burchett was crushed and sustained serious injuries, to which he later succumbed.

Cal Fire has released an extensive report, and though the details about his death have been made public, the actual report has not been widely shared. Part of our philosophy at The Mendocino Voice is to make these kinds of documents more readily avaliable to the public, and so we are publishing the full report here. (Scroll down or click here to view the PDF)

According to the report, Burchett and a team of other firefighters were working off of Mid-Mountain Rd., above Potter Valley, on August 13, solidifying fire lines. Retardant drops had already been made near the dozer line they were working by the “large aerial tankers” (LAT), but the firefighters believed that a snugger retardant line was necessary to shore up the fire line. They called in another drop, and this one was made by the “very large aerial tanker” VLAT, a Boeing 747-400, other wise known as the “supertanker.” The supertanker is outfitted with two high pressure nozzles that shoot retardant from the belly of the plane with extreme force. It is not uncommon for drops to be made with firefighters still on the ground, or even directly under the planes, but what was unusual was for a drop from the supertanker to be made at such low altitude.

The report was released on an inter-agency website that is used for these kinds of reports, aptly called, WildfireLessons.net. The report itself is dry and bureaucratic in its descriptions, almost scientific. The key mistake that was made appears to have been the manner in which the 747 approached the drop area, and the information its pilots were given about the terrain.

The 747 did not approach solo, but was guided in by a plane flying ahead of it, an “aerial supervision module,” plane, which left a smoke trail to guide the 747 over the dropsite. For some reason this guide plane did not indicate a very sudden rise in the ground that was obscured by vegetation, in other words a steep hill, and the pilots of the 747 were caught by surprise. They had to climb very suddenly, and as a result came far closer to the ground than expected. Thus a retardant drop that should have fallen like a hard rain, came down instead like a terrible waterfall.

According to the report, “Obscured by heavy vegetation and unknown to the VLAT pilot, a rise in elevation occurred along the flight path. This rise in elevation resulted in the retardant drop only being approximately 100 feet above the treetops at the accident site.”

The report elaborates, “The force of the retardant drop uprooted an 87-foot tall Douglas Fir with a 15-inch diameter at breast height (DBH). It fell on [Burchett] and caused fatal injuries. The drop also sheared an 89-foot tall, 18-inch DBH Douglas Fir 29 feet above the base.” 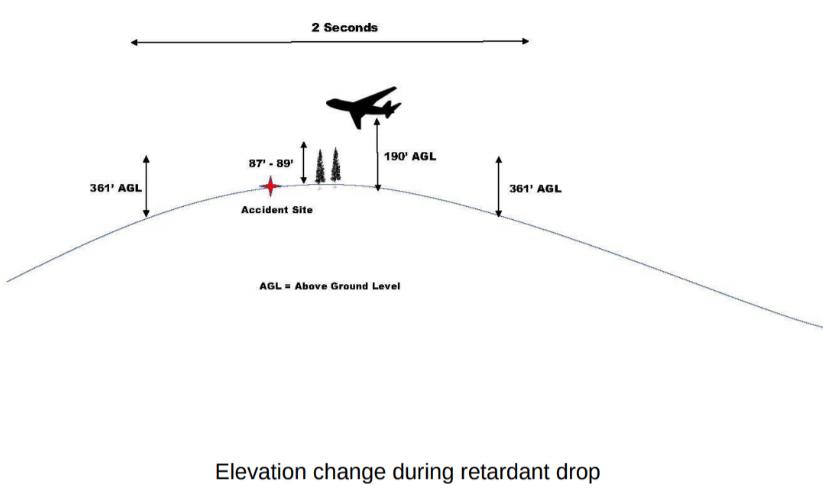 A diagram of the accident in which Burchett was struck by the tree.

Report on the death Matthew Burchett