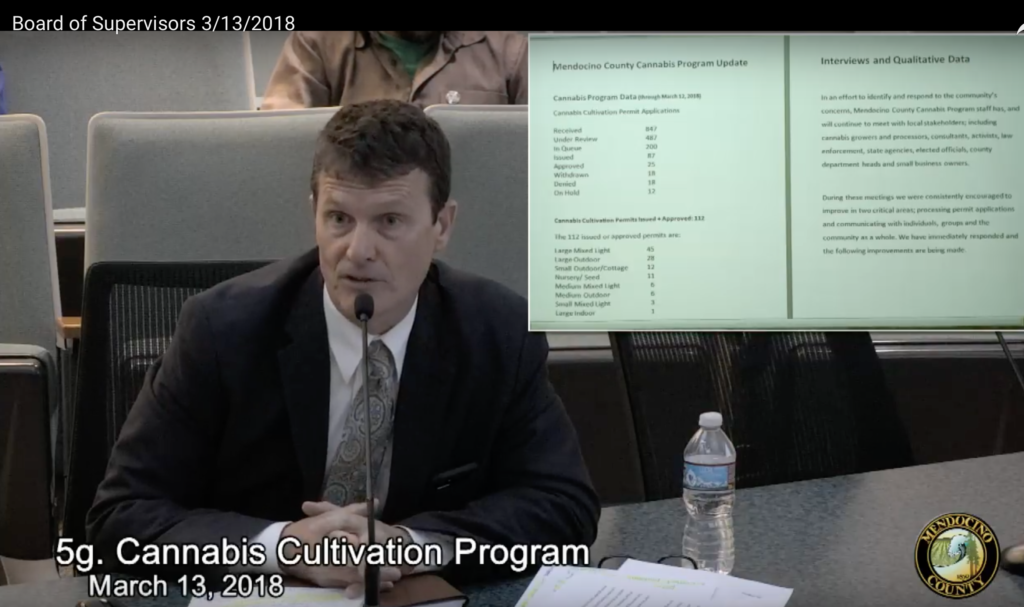 MENDOCINO Co., 6/20/18 — Mendo musical chairs is what we could call this county’s search for a competent administrator. And now the seat is once more empty — cannabis czar Kelly Overton has resigned, effectively immediately.

After former ag commissioner Chuck Morse retired earlier than expected, the agriculture side of the county’s cannabis licensing scheme was run for more than a year by interim ag commissioner Diane Curry. Then the county decided to hire a former ag commissioner from Modoc County, Joe Moreo. But Moreo lasted only about a week before hightailing it back to Alturas, complaining of bad plumbing and a cat infestation in his trailer.

Around that time the county also filled the position of cannabis program manager, known informally as the “cannabis czar,” and reorganized the administration of the licensing process into the executive office. The reasoning given for the position was that centralizing licensing administration in executive office would speed up the permitting of cannabis farms, which had been lower than the county’s early projections. This move was followed shortly by the resignation of interim ag commissioner Curry, who left on less than amicable terms — departing without being given enough time to even clean out her desk.

Then after these various reshufflings the county hired a new ag commissioner from Stanislaus County, and the Overton supervised the ag department staff working with cannabis farmers.

Now Kelly Overton — a thoroughly pedigreed animal rights activist from back east — is gone, having lasted less than four months in the job of canna-czar. The Mendocino Voice received word today from Supervisor Dan Hamburg, that Overton had “decided to resign,” and would be receiving a severance that the supe described as “modest.” Hamburg also noted that he and County CEO Carmel Angelo had signed off on this severance as of today, June 20. And this fact has been confirmed by the county’s human resource manager, Cherie Johnson — Overton’s resignation occurred on June 20, and was effective immediately.*

This rather abrupt and unannounced departure came after being absent from two supervisors meetings (including an important all day cannabis specific meeting) without any explanation. This caused not only ordinary citizens, but even supervisors, to scratch their heads, wondering where he’d gone.

Well at least that has been been answered — according to his Facebook page Overton is enjoying a several day stroll through the Mojave desert (see image).

So what’s going on with Mendocino’s cannabis cultivation program, and the proposed changes to the county’s cannabis regulations? Overton missed the last two Board of Supervisors meetings, including the day-long special cannabis meeting that took place June 12. No explanation has been provided to the public regarding Overton’s absence, despite questions, and several planned discussions about important potential changes to the county’s cannabis regulations have now been delayed multiple times due to his absence. And the reason for his departure, the terms of his severance, remain big questions.

The lack of information is notable. As a habit Overton declined, or more often evaded, repeated requests for interviews since he was hired. He did not respond to an email request for an interview today. And repeated requests of the executive office to answer questions concerning what would happen to the items that had been skipped over during the supervisors meetings were not answered. Also, the usually very prompt Heidi Dunham at the county’s human resources department failed to respond to an email asking what had happened to Overton.

Overton was hired in Feb. 2018, to coordinate Mendocino County’s cannabis regulatory programs; he was selected from a list of 41 applicants for the position, and paid a salary of about $98,000 per year. He appeared at every Board of Supervisors meeting up until June 12, to present an update on the cannabis cultivation program to the supervisors, who have expressed concern over the rate that applications are being processed.

Overton often declined to comment or make suggestions about changes to cannabis regulations when asked by the supervisors, beyond supporting an extension of the application deadline — and the ratio of approved cultivation permits to received applications did not significantly improve under his supervision. During his initial presentation, he emphasized he would focus on improving public outreach, and started a periodically updated Instagram and Facebook page with a few general posts about cannabis and the number of licenses approved, plus a single press release about a zoning change scheduled before his tenure.

However, Overton did not appear during the special day-long cannabis meeting, where issues such as the county’s opt-in or opt-out “overlay zones” were to be discussed along with potential changes to the county’s cannabis regulations. Other topics that have been delayed include whether cannabis cultivation permits will be allowed to transfer to new owners, and problems taken up by the county’s cannabis “working groups,” which include members of the public. Many of these issues have been under discussion for some months, and the agenda was focused on on the working group issues to be prepared by Overton, which have now been delayed to July or later.

Overton’s departure and the general uncertainty that has permeated the county’s attempt to license and regulate cannabis has frustrated many cannabis business people. Ron Edwards, a prominent nursery owner, and regular fixture of board meetings, town halls, and working groups said he believes the supervisors aren’t interested in listening to their hires, “I won’t say it was a waste of time, I would say it was a waste of money…the bottom line is that the Board are not listening to what the person they put in that position are saying.” Adding, “We’ve just seen them churn through people.” 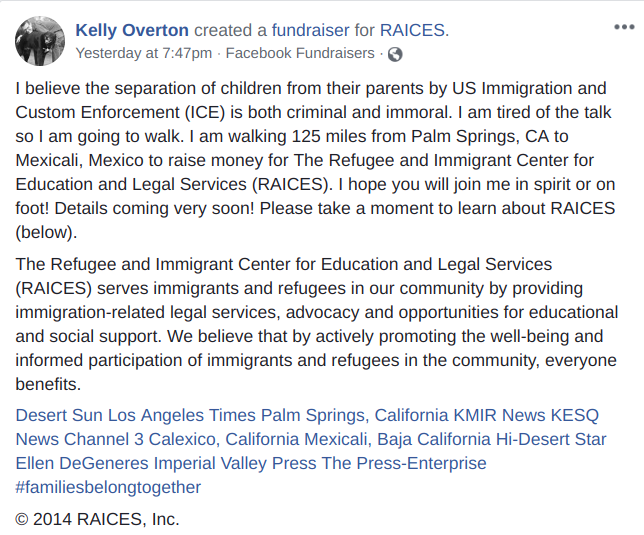 *This article was updated on June 21, with additional information from the county’s human resources office.