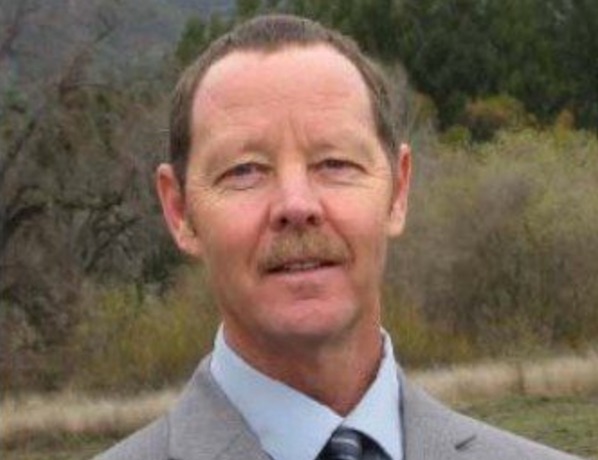 Morse’s retirement comes as a modest surprise given that he had previously said he’d stay on until June of 2017. Back in Sept. Morse announced that he’d be retiring in mid-November of 2016, but after concerns were raised that this would leave the county without an experience commissioner during a pivotal moment of design cannabis policy, he rescinded that statement and said instead that he’d wait till June. Now we will be leaving this week, in late January.

Morse will be replaced by Assistant Commissioner/Sealer Diane Curry on an interim basis. Curry has been the assistant commissioner/sealer since 2013, and previously worked for the county as a senior biologist.

Morse has had a pivotal role in crafting Chapter 10A.17, of the medical cannabis cultivation ordinance. This is one of two proposed ordinances that recently made their way through the planning commission and will come before the supervisors again on February 7. The board is not likely to take a vote on the planning commission’s recommendations at that time.

At the January 24 board of supervisors meeting, Morse gave a presentation on the changes that had been incorporated into the draft of the proposed cultivation ordinance. These changes are independent of the recommendations made by the planning commission at its meeting on January 19.

One proposed amendment suggested that the term “park,” as used in establishing setbacks, include state parks. The board agreed to edit the amendment to specify that the term “parks” means neighborhood parks, so that parcels bordering state-owned wilderness parks would not be subject to possibly prohibitive setbacks.

Requests for clarity have been a regular feature of the cannabis regulation process. During public comment, Sandra Berman, of Redwood Valley, requested clarification of the requirement that cultivation not disturb neighbors “who are of normal sensitivity to objectionable odors.” Berman, who plans to grow fragrant plants that will offset the scent of weed, presented a possible scenario where “If one neighbor doesn’t have a problem with odor but, say, they move, and we have a new neighbor who does, it needs to be clearer what that means, and that we’re protected.”

Near the end of Morse’s presentation, First District Supervisor Carre Brown spoke to thank him for his service to Mendocino County. Her best wishes to him were greeted with applause from the 45 or so people in the room, many of whom gathered around Morse in the hallway outside to press him with detailed questions about the cannabis cultivation program.

In response to Brown, Morse said that “The support from the community…in trying to get this thing to go forward has really been heartening. I think it bodes well for this county.” He introduced Arif Kever, recently of Orange County and now the Assistant Commissioner for the cannabis division of the Department of Agriculture, and told the board that the department would have three biologists by mid-February. “The cannabis program is ramping up right now,” he said.

The board reported out of closed session that Assistant Commissioner/Sealer Diane Curry would serve as interim agricultural commissioner and sealer of weights and measures. The motion to appoint her was made by Brown, seconded by Fifth District Supervisor Dan Hamburg, and carried unanimously.