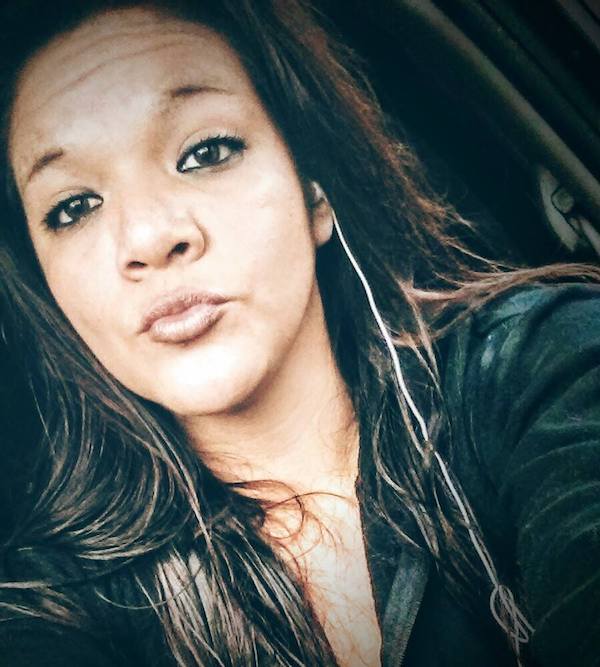 Update 2/25/18 — The reward for information leading directly to finding Khadijah Britton has been raised to $50,000.

MENDOCINO Co., 2/24/18 — “Even if they don’t know the whole story, they maybe can provide a piece of the puzzle,” explained Lt. Shannon Barney, who is leading the Mendocino County Sheriff’s Office’s search for Khadijah Britton, the 23 year old Covelo woman who has been missing for more than two weeks. Barney spoke to The Mendocino Voice about the ongoing investigation, and the MCSO’s efforts to find Britton. He urged anyone with any information, even the smallest detail, to come forward, because, “Even if it doesn’t seem big, it might blow the whole thing wide open.”

A reward of $50,000* for information leading to her location is being offered by her family, and a vigil will be held on at the courthouse in Ukiah on Tuesday, Feb. 27, at 8:30am. The vigil is intended to coincide with the arraignment of Negie Fallis, the primary suspect in Britton’s disappearance, who was captured by Round Valley Tribal Police in Covelo on February 19 and turned over to the MCSO. Britton and Fallis had dated.

Given that Britton has not been found, Fallis is not yet being charged in her disappearance. He was instead arrested on a warrant from a January incident in which he is alleged to have harmed Britton, and for being a felon in possession of a firearm. The case is being primarily investigated by the MCSO, and Barney said that “pretty much all of our detectives are on this case.” He added that the FBI has been notified, and is available to assist upon the MCSO’s request, which typically occurs when additional equipment is needed.

Several details about Britton’s alleged abduction have emerged in the course of the investigation since the initial MCSO press release about her disappearance, Barney said, including the date she was last seen and information about what vehicle she was last seen in. Though it had previously been believed that Britton was last seen on Feb. 9, Barney explained that MCSO detectives had discovered “through investigation, that last time she was seen was on the evening of Wednesday, February 7th,” something he called a “critical” piece of information. On that day, witnesses say that Negie Fallis allegedly showed up at a Covelo residence and demanded at gunpoint that Britton exit the house, after which the two argued and left in a vehicle. She has not been seen since.

Because the date of her disappearance has been moved back from the original date provided of Feb. 9, Barney pointed out that people who saw her prior to the 9th might have thought their information wasn’t relevant , but might actually know something of value.

“We are hoping an eyewitness will come forward,” Barney said, adding that detectives are also seeking to clarify exactly what kind of vehicle Britton and Fallis may have been traveling in. The original press release issued by the MCSO stated that witnesses had seen Fallis leave with Britton in a black Mercedes sedan, but Barney noted that during the investigation different witnesses had provided conflicting reports as to the type of vehicle. “We’ve had multiple witnesses indicate different vehicles may have been involved,” he said. He said that detectives had located and searched one vehicle that they believed was the same one as described by a witness, and that they had found something potentially related to the investigation inside, but that he couldn’t reveal further details. Witnesses are still being sought who may have information about the vehicle or vehicles involved.

Barney reiterated the importance of anyone with any information coming forward, noting that due to Fallis’s arrest people might have begun to “make assumptions” and believe that any information they do have is no longer important. “Right now if they possess any information it might be critical to this investigation — even if it seems relatively minor, or not a big pertinent issue, we would still like to know what it is…They might be looking at the small piece they might have, but with the info we have it might be the lock key to open it up and then [the search will] progress forward rapidly. That’s what we’re hoping right now.”

He noted the search and rescue operations were “making some progress but it’s been kind of of slow, I know it’s frustrating for the family as well as us, everybody worries the longer it goes.”

Barney explained that the search and rescue operation is ongoing, and that different tactics and procedures are used in different types of operations. He said detectives are using dogs and other resources in areas where they’ve gotten a lead, such as the location where Fallis was captured and several other locations where detectives have served search warrants. “When we arrested him, we searched the entire property he was on,” he said as an example of the targeted search procedure.

Barney said that the search for Britton was different from the typical procedure for a missing hunter, which might involve an aerial search with helicopters for a lost hunter’s vehicle in a known location. In Britton’s case, he explained that detectives are using search and rescue tactics on the ground to pursue specific areas about which they have received tips — since they don’t know exactly where she last was. “It’s very difficult to see distinct faces from the air,” he added. Since search and rescue operations require specific training, the MCSO is not able to take help from community volunteers in the search operations at this time, he said.

The Mendocino County Sheriff’s Office is the lead agency in the investigation and should be contacted with any information about her disappearance by calling (707) 234-2100 or emailing [email protected] Her family can also be contacted by calling Connie Hostler at (707) 621-2345, or Jerry Britton at (707) 354-2843. A Facebook group called “Help Find Khadijah Britton” has been set up, as well as a  GoFundMe page.

The Mendocino Voice’s previous articles about Britton’s disappearance can be found here:

Article about her disappearance, February 12 with updates

Article about Fallis’s arrest and rewards offered, February 20 with updates