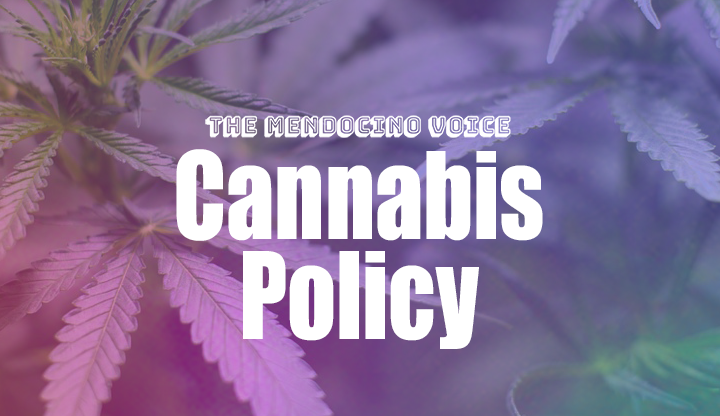 MENDOCINO Co., 2/13/17 — Mendocino County is close to finalizing a new cannabis cultivation ordinance, but the county is also tackling the process of developing licenses for all other kinds of cannabis businesses. On January 27, supervisors held a public workshop to discuss establishing local licenses for manufacturers, distributors, testing labs, dispensaries, and transporters, as well as what to do about California’s new “adult use” regulations established by Prop 64. The state has mandated that cannabis businesses will need both local and state sanction to operate, and so Mendocino must establish a set of licenses for local businesses owners who want to apply to the state, which will start licensing on January 1, 2018.

Supervisors were open to considering provisional permits before the new licenses are finalized, creating county-approved cannabis manifests to allow legal transportation between facilities, and find other ways to help “micro-businesses.” They also stated they hoped regulations could allow some leeway for existing business who are“in harmony” with their neighbors, particularly the Mendocino dispensaries with local business licenses and other environmentally friendly operations. The five hour plus public workshop was planned only as a discussion, and no new rules were passed, but a plan was made to revisit the subject March 7.

Three supervisors, department staff, and more than 50 people showed up to the workshop, many of whom stayed the duration to provided feedback on specific issues such as zoning, license combinations, and transportation between facilities. Department staff and the county’s cannabis consultants, LACO Associates, gave reports on proposed requirements for business licenses and took direction for future drafts from the supes. They also considered how to address both medical and “adult use” cannabis businesses in issuing the local licenses, deciding to incorporate both in the same regulatory process.

One of the main issues facing the county is how to address the state requirements set out in both the Medical Cannabis Regulation and Safety Act (MCRSA), California’s 2015 regulations for commercial medical cannabis, and the newly passed Adult Use of Marijuana Act (Prop 64), which permits recreational use. Both require cannabis business owners to get a separate state and local license, but there are some significant differences between the two frameworks — including who can apply for which combination of licenses, and the fact that Prop 64 allows greater vertical integration. State agencies are currently working on developing the specifics of state licensing requirements, which are supposed to be ready by January 1, 2018. County officials have been developing new local licenses with that deadline in mind.

After a brief discussion, supervisors agreed that creating two different regulatory programs for medical and recreational cannabis business operators, and decided to move forward with developing an ordinance that covers both types of business licenses. Only Supervisors Brown, Gjerde, and McCowen attended, since the third district supe seat is unfilled and Supervisor Hamburg recuses himself on cannabis issues. This means that the three must agree unanimously in order to pass a regulation.

Many people — from farmers and owners of the Mendocino dispensaries, to manufacturers and prospective distributors — called for provisional licenses for cannabis businesses, so that those seeking compliance could operate with legal protection while state and county laws are being finalized. Several noted that the cannabis farmers now in the county’s revised 9.31 “zip-tie” program don’t have many legal options to transport and sell their crops, adding that additional business licenses would facilitate more compliance throughout the supply chain. Fears that over-regulation and taxes would create undue burden on businesses just getting established were also raised.

Locals working in the wine industry noted that alcohol businesses do not face comparable regulatory oversight, and encouraged the board to move forward quickly with cannabis business licenses. Other members of the public reprimanded the supervisors, saying the proposed license requirements weren’t available until a day before the workshop, limiting the public’s time to review them and respond in detail. Although not always the case with cannabis regulatory discussions, supervisors expressed eagerness to push the process forward, even though some legal grey areas remain on the state level.

Other issues of public concern included whether farmers will be able to manufacture any “value-added products”using their crops — such as concentrates or edibles — on their farms, what should be zoning restrictions and setbacks for existing and/or new businesses, differences between MCRSA and Prop. 64, creating exceptions for “micro-businesses,” provisional licenses, and transport between different facilities types. Residents also called for cannabis festivals, farmers markets, centralized cannabis processing centers, and the importance of protecting “compassion programs” that supply low-income patients.

A number of attendees pushed the supervisors to legalize tourism opportunities, including a former Santa Rosa City Council member Erin Carlstrom and Scott Willoughby, the president of the Mendocino Winegrowers’ Board of Directors. They both, amongst others, highlighted the competitive benefits of appellations and on-site consumption in bringing tourism “heads and beds” to the county. There are several “buds and breakfast” type establishments planned, and residents expressed the need to quickly capitalize on Mendocino’s reputation as part of the “Emerald Triangle” growing region as markets develop across the state.

Residents took turns at the podium invoking the need for urgency in creating new cannabis licenses in different ways — some claimed that regulatory delays are driving away local businesses, while others discussed how eager outside investors are to partner with Mendocino companies once local compliance programs are in place.

Many business owners highlighted the issue of transporting cannabis from one type of business to another, particularly cultivators worried about added driving costs and legal risks. In response to concerns that law enforcement would Supervisor Brown suggested that the county could issue transport manifests — similar to when ranchers haul livestock — to local cannabis businesses. Taking it a step further, Supervisor Gjerde recommended a letter could be sent to nearby jurisdictions, requesting law enforcement respect Mendocino’s transport manifest, and directed staff to research these options.

The supervisors and staff also discussed how to make sure license holders were informed of and following other applicable local and state statutes, such as labor laws and public health regulations. Staff members were directed to create a performance manual that will compile relevant statutes, but that could be updated without going through another public regulatory process.

Undersheriff Randy Johnson, who oversees the current 9.31 cultivation program, shared his concerns at the end of the meeting about the difficulties in coordinating paperwork between various county agencies and recommended trying to streamline the process. He also cautioned consideration about conducting background checks, noting that LiveScan machines used for such checks are only available at the Sheriff’s Office and at limited county offices. Johnson also warned that permitting patients and consumers to smoke or consume pot in the place they purchase it on-site consumption would pose challenges for law enforcement.

The county’s tax office is planning to coordinate some of the license administration, and there was a brief discussion of how to coordinate permits, paperwork, and cash payments due to federal banking restrictions. Calling for the “greenest regulations for the greenest products,” Supervisor McCowen also asked for further public input on which manufacturing processes should be approved, as well as other topics raised in the workshop.
Supervisors plan to return to draft regulations by March 7. You can watch the entire screening of the workshop, and read the meeting packet by looking at the January 27 meeting documents under “meeting details.” The public is encouraged to submit comment on the draft proposal.