Editor’s Note: The following information is from a Mendocino County Sheriff’s Office press release. The Mendocino Voice has not verified the information; all suspects are considered innocent until proven guilty in a court of law. 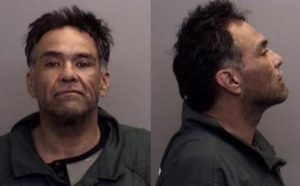 MENDOCINO CO., 2/20/17 — Although it may not be completely out of the ordinary for a Mendocino resident to receive a visitor with an active warrant, a man and a woman both went to jail on Feb. 15 after she was found to have been harboring him, a known fugitive, in a Covelo trailer.

The situation unfolded on Ledger Lane, when deputies arrived around 11:30pm in search of Leonard Whipple, 47, who was wanted on an active felony warrant for violations of the terms of his “Post Release Community Supervision.” There, deputies also detained and then arrested Chayni Frazier, 37, after they learned she’d been informed of Whipple’s status by Round Valley Tribal Police that afternoon.

Deputies arrived at the scene and spotted a man exiting the trailer, and positively identified him as Whipple, aka Ed Davis, whom they’d be informed an hour earlier might be at that location. They made contact with Whipple, who was arrested “without incident,” and also detained Frazier, who was found to be at the trailer with him. 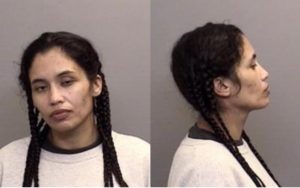 Deputies learned that Frazier had been contacted by Round Valley Tribal Police that afternoon, and that they had informed her that there was an active warrant out for Whipple, and that harboring him could lead to charges. Frazier was subsequently arrested for harboring a known fugitive and taken to Mendocino County jail, where she was booked with bail at $15,000.

The full Feb. 20 press release can be found below:

Synopsis:
On 02-15-2017 at approximately 10:30 PM, Deputies from the Mendocino County Sheriff’s Office received information that Leonard Whipple (AKA – Ed Davis) was currently located at Lot 30 Ledger Lane in Covelo, California.

Deputies were aware that Whipple had an active felony warrant for his arrest issued through the Mendocino County Superior Court for violating the terms of his Post Release Community Supervision (PRCS).

Deputies responded to the property on Ledger Lane and arrived at approximately 11:30 PM. The Deputies surrounded a trailer on the property and observed a male subject exiting the trailer shortly after they arrived.

The Deputies were able to positively identify the male subject who exited the trailer as Whipple. The Deputies contacted Whipple outside of the trailer and he was taken into custody for his arrest warrant without incident.

When arresting Whipple, Deputies contacted Chayni Frazier who was inside the trailer with Whipple. Frazier was detained at the scene while Deputies conducted their investigation.

Based on the information learned from Round Valley Tribal Police officers, Deputies advised and placed Frazier under arrest for 32 PC [Harboring or Concealing a Wanted Fugitive].

Frazier was subsequently booked into the Mendocino County Jail where she was to be held in lieu of $15,000.00 bail.

Whipple was booked into the Mendocino County Jail for his felony warrant where he was to be held on a no-bail status due to his PRCS violations.