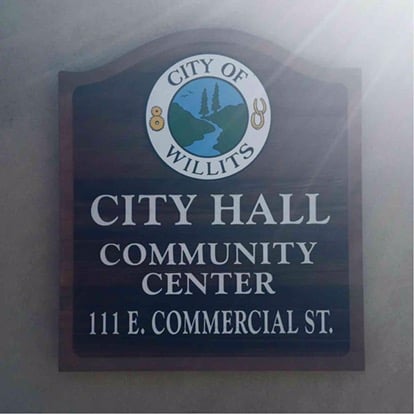 The increasingly divisive debate over county Measure AF came to the Willits City Council Wednesday night as detractors and supporters argued whether the city should issue a formal statement in opposition to the measure. The item was placed on the agenda in response to a request from the “No on AF” group, resulting in an impassioned round of public comments and calls for the council to take a stand — ending with the council ultimately delaying a decision.

City Manager Adrienne Moore explained that the item was placed on the consent calendar of the September 14 agenda by Councilmember Ron Orenstein, in response to requests from the “No on AF” group, who are circulating a letter opposing the measure. Although Orenstein was not in attendance, members of “No on AF” and supporters of the measure came to make their case, taking up about half the standing room only chambers. But before that discussion took place, the council members and the public spent three hours considering details of the Main Street Redesign project (turn lanes, parking spaces, bicycle lanes, striping) and an update on Willits’ housing element plan.

This reporter sat in the back row between two older women, both with long histories of civic engagement and leadership roles in various progressive causes, but who now find themselves on opposing sides of the AF fight. Still they exchanged pleasant greetings as they scooted past each other for bathroom breaks, contained their groans of exasperation as the first items continued for hours, and revised their public comments while waiting for their turn to talk, which came at about 10 pm.

In contrast, the “No on AF” bloc included several county residents who admitted they don’t often work together, including former third district supervisor Hal Wagenet, “Bear” Kameroff, Ellen Drell of the Willits Environmental Center, and Jeanne King. Comments ranged from concern that Measure AF would permit large-scale cannabis growing to “up to an inch of city borders,” and cause environmental damages, to arguments that the county’s extensive process to craft cultivation regulations was more appropriate than a citizen initiative ballot measure put it front of voters. Mendocino County voters, like those throughout the state, regularly approve citizen-proposed measures during elections.

The “Yes on AF” commenters, which outnumbered detractors almost two to one, included several of the most vocal organizers of the measure, such as Tim Blake of the Emerald Cup, Jude Thilman of Dragonfly Wellness Center in Fort Bragg. Proponents of AF argued that the county was moving too slowly to allow existing county cannabis business seeking to be regulated to remain competitive statewide, and that AF would implement regulations that “were almost a mirror” to the recent statewide licensing program. Other speakers argued regulating all kinds of cannabis business would keep medicinal products affordable for locals, and preserve existing cannabis farmers and other county businesses.

“The success of my business relies on the success of the cannabis business,” said AF proponent and Mendo Sun Market co-owner Jamie Warm. Jeanne King, in comparison, said unless councilmembers spoke against the measure, “regular people who work regular jobs won’t want to live here.”

One thing the opposing groups did agree on was their frustration with the council, with Wagenet telling the councilmembers he thought declining to take a stand was “not a courageous position to take.”

The supervisors’ proposed cultivation licensing program is currently going through a multi-month environmental impact review (EIR) process, which officials hope will conclude in the spring of 2017. Measure AF, formerly known as the “Mendocino Heritage Initiative,” is a 60-some page ballot measure before voters in November, and includes local permits for all types of medical cannabis businesses based on the new state licenses, as well as a proposed tax.

AF would apply county wide, but allow municipalities to pass their own cannabis regulations. Willits city councilmembers have been under pressure to take a stand both on that measure, and on the current ban on cultivation and other cannabis businesses in city limits.

Councilmember Holly Madrigal began with a request that the item be taken from the consent calendar and put up for public discussion, but said the Council shouldn’t take a position on the measure. Mayor Bruce Burton, who is running for election this fall, noted that he had already signed the letter against AF that the council was considering, and made revisions to certain paragraphs should the council choose to approve it. Councilmembers then opened up public comment, which brought alternating pro and anti-AF advocates to the podium, many of whom lost track of the flashing red bottom alerting them their time was up.

The four councilmembers in attendance then unanimously voted to delay a vote on the issue, with all but Mayor Burton expressing a desire for more research into the measure. Mayor Burton reiterated his wish to restrict the cannabis industry and maintain the current ban within the City of Willits, noting his belief that the local industry should be regulated according to federal law and suggesting residents contact their congressional representatives.

Stranske also highlighted his recent willingness to consider new cannabis regulations for Willits, which lags behind Fort Bragg, Ukiah, and Point Arena in addressing this issue. At the Wed. meeting, however, Mayor Burton noted a plan to move forward on discussions of modifying the current restrictions.