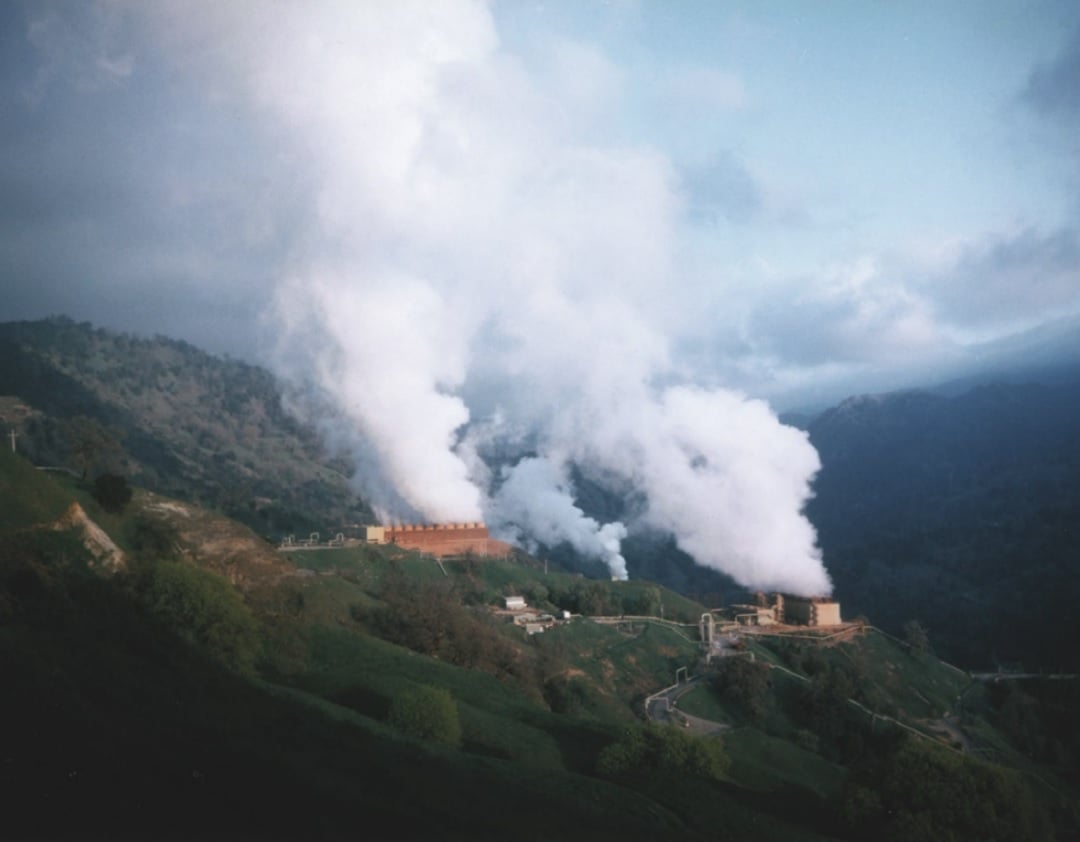 Steam rises from electricity-producing geothermal power plants in the Geysers, a 45 square mile area that houses the largest geothermal development in the world. Mendocino County joined a partnership with Sonoma and Lake counties to further develop geothermal resources in the area.

MENDOCINO Co., 12/9/21 ― Lake, Mendocino and Sonoma counties are home to the largest geothermal field in the world and local officials are hoping they can tap into it as a source of renewable energy. On Tuesday, the county’s supervisors joined a partnership to explore how to further develop that resource to meet the area’s energy needs. At least one expert on geothermal energy says the best way to do that is to think beyond electricity.

The Mendocino County Board of Supervisors took the first steps in helping expand geothermal energy production in the area by unanimously deciding on Tuesday to join the Sonoma Lake Mendocino Geothermal Opportunity Zone (GeoZone), alongside Lake and Sonoma counties. Sonoma Clean Power Authority, which established the partnership and provides power to parts of Mendocino County, already has an idea about where geothermal resources might be and which ones would be affordable to develop because of their proximity to the transmission grid. The partnership would allow the group to further study the area’s geology and the latest and most efficient technology, among other things.

Geof Syphers, CEO of Sonoma Clean Power, told the supervisors that using solar power to generate electricity has become so cheap that utility providers don’t really need any other sources of energy when the sun is shining. Advances in battery technology are also allowing utilities to use that power beyond just midday. “But the kinds of problems that we don’t solve with either of those technologies, and even wind power,” Syphers said, “is what do we do in the winter when it’s dark for two weeks and there’s not a lot of wind blowing and not a lot of sun?”

The answer could be biomass, offshore wind or geothermal energy production, but Syphers said the first two options have limited potential in the region. For instance, neither of the two zones the state and federal government identified for offshore wind leases are off the coast of Mendocino County. “So locally geothermal appears to be not just our only but our best option as well for looking at building a reliable grid as we head toward 100% renewable sources,” he said.

The area is home to one of the largest and oldest geothermal energy fields in the world, known as the Geysers Geothermal Resource Area, a roughly 45 square mile area. There are currently 17 geothermal plants operating within the area across Lake and Sonoma counties, and they generate about 6.3 million megawatt hours per year, according to the California Energy Commission. The partnership would do a quick pass over large parts of the county to identify areas with geothermal potential, but based on geologic records and existing wells, Syphers said the most productive areas in Mendocino County are likely in the southeast.

The last geothermal power plant built in the region was in 1988 and the technology has advanced significantly since then, Ryan Tracey, director of planning and analytics at Sonoma Clean Power, told the supervisors. Technological advancements in drilling wells in the oil and gas industry have been able to translate into the geothermal industry and allow them to become more efficient.

The way the plants currently operate, wastewater from surrounding communities is injected into the system and then the Earth’s natural heat, likely from the nearby volcano Mount Konocti, turns it into steam that powers turbines and generators that produce electricity. Injecting wastewater underground has been linked with increased earthquake activity, though generally these are small earthquakes that don’t cause damage, Michal Moore, an energy economist who’s worked on geothermal technology and previously served on the California Energy Commission, told The Mendocino Voice.

“A long history in the Geysers suggests that if the well pressure is maintained, the additional seismic risk is pretty minimal,” Moore said. “That’s not to say that it doesn’t happen or that you can’t make a mistake as they learned down in Oklahoma or up in Canada at a place called Fox Creek, where if you inject the wastewater at too fast a rate or too high a pressure, you can set off minor earthquakes. So it’s a real concern, no question.”

Tracey pointed to the less water-intensive binary cycle power plants as the future of the industry. “Instead of allowing the vapors to evaporate into the atmosphere,” Tracey said, “they actually recondense and that dramatically reduces the amount of water that’s required and really increases the sustainability.”

The U.S. Department of Energy (DOE) is trying to ramp up geothermal energy production by 26-fold over the next three decades and the California Public Utilities Commission (CPUC) is focusing heavily on projects coming online in the next five to six years in order to meet the state’s goal of producing 100% clean electricity by 2045. “We’re also focused on what comes after that,” Syphers said. “And I think the GeoZone effort is something that I want to convey as a long game. We want to use the right technologies that can scale. We want to look at regions that are outside of the Geyser’s complex. We want to look at very small footprint plants.”

Geothermal energy can be used as a means of electricity generation, but Moore said it actually starts to become a whole lot more attractive when you start considering its potential beyond that sole use. You could use the features of geothermal power in places farther away from the Geysers using relatively shallow wells, 30 to 35 meters deep, that also have a lot less seismic risk. “You don’t have to drill very far down into the Earth in order to get heat that’s suitable to displace all the heat needed in a factory or a house,” Moore said.

A well complex could pump water in and out of those wells and circulate it through the buildings, he said. The buildings could be heated directly by the heat from the Earth and a type of air conditioning technology known as chillers could be used for cooling, he said. “Geothermal power has a broader reach in offsetting energy costs,” Moore said, “and augmenting, ultimately, the amount of power that we get coming up to the grid.”