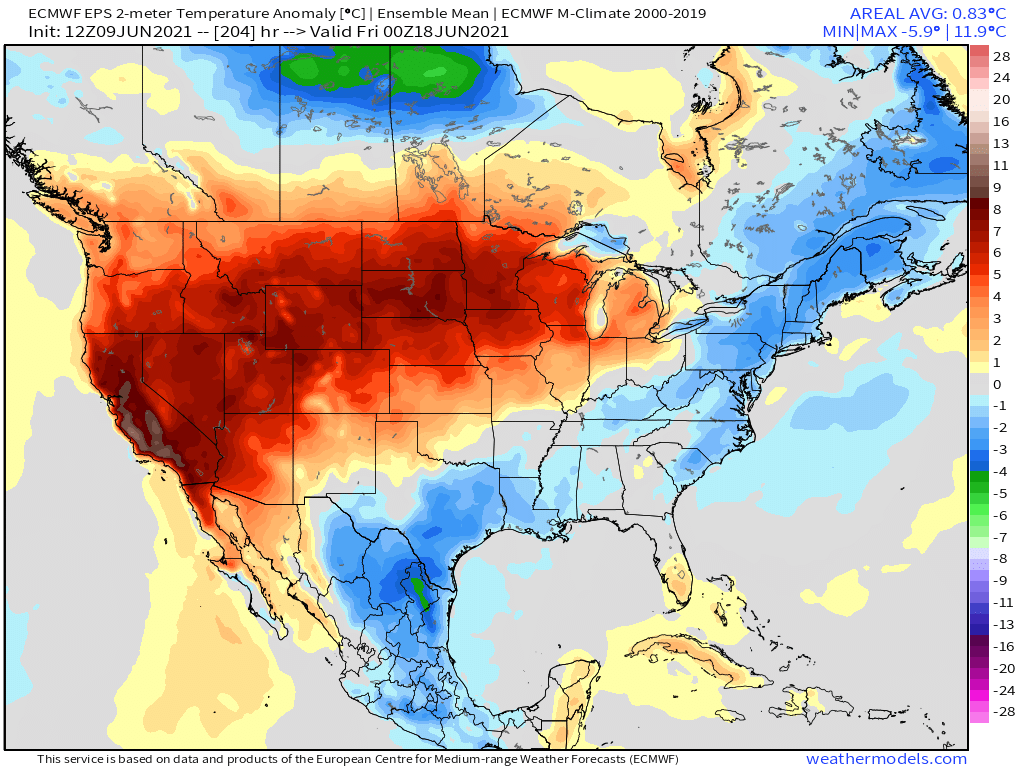 A heatwave is expected later this week.

WILLITS, 6/13/21 — The first severe heatwave of the season will be arriving later this week, just ahead of the summer solstice on Sunday, June 20. A larger high pressure ridge will begin moving from the Four-Corners region west towards California on Tuesday and Wednesday, with the temps peaking on Thursday, then cooling off slightly but remaining very high.

Inland temperatures in the Central Valley are expected to crack 110 degrees and Mendocino’s Ukiah, Redwood, and Potter Valleys are also forecast to see temps in the high triple digits. Meteorologists think that daily records will likely fall, but warn that some parts of southern California might even see all-time records set.

Temperatures of around 107 degrees are forecast for Ukiah and 112 in Redding.

However, neither the National Weather Service nor fire agencies is currently predicting an extreme fire weather event — though the heat component will definitely be intense, winds are not expected to be strong enough to merit red flag warnings. Pacific Gas & Electric does not currently show any plans to perform a power shut-off this coming week.

On the other hand in what is now a historic drought, this intense early-season heatwave is expected to worsen conditions by evaporating water our of reservoirs and drying out soil and vegetation, raising fire risk later in the season and straining California’s water system further.

While the National Weather Service’s office in Sacramento has already issued a heat watch for their region, the Eureka office has not and is monitoring the forecasts.

According to their forecast discussion:

The hottest days appear to be on Thursday and Friday. Interior high temperatures from 102-112F degrees are expected. Daily record high temperatures at Ukiah are 105F on Thursday and 108F on Friday. NBM indicates 107F both on Thu and Fri. With 850MB temperatures soaring to 27-29C, that may be too low. Even though climatological records are an interesting aspect of this heat wave, the primary concern is the heat risk. The heat risk is forecast to be moderate with areas of high heat risk for interior Mendocino, Trinity and Lake Counties Thu and Fri. A watch for excessive heat will need to be considered in the next day or two. The hot weather will likely persist next weekend, but temperatures should start to trend downward.