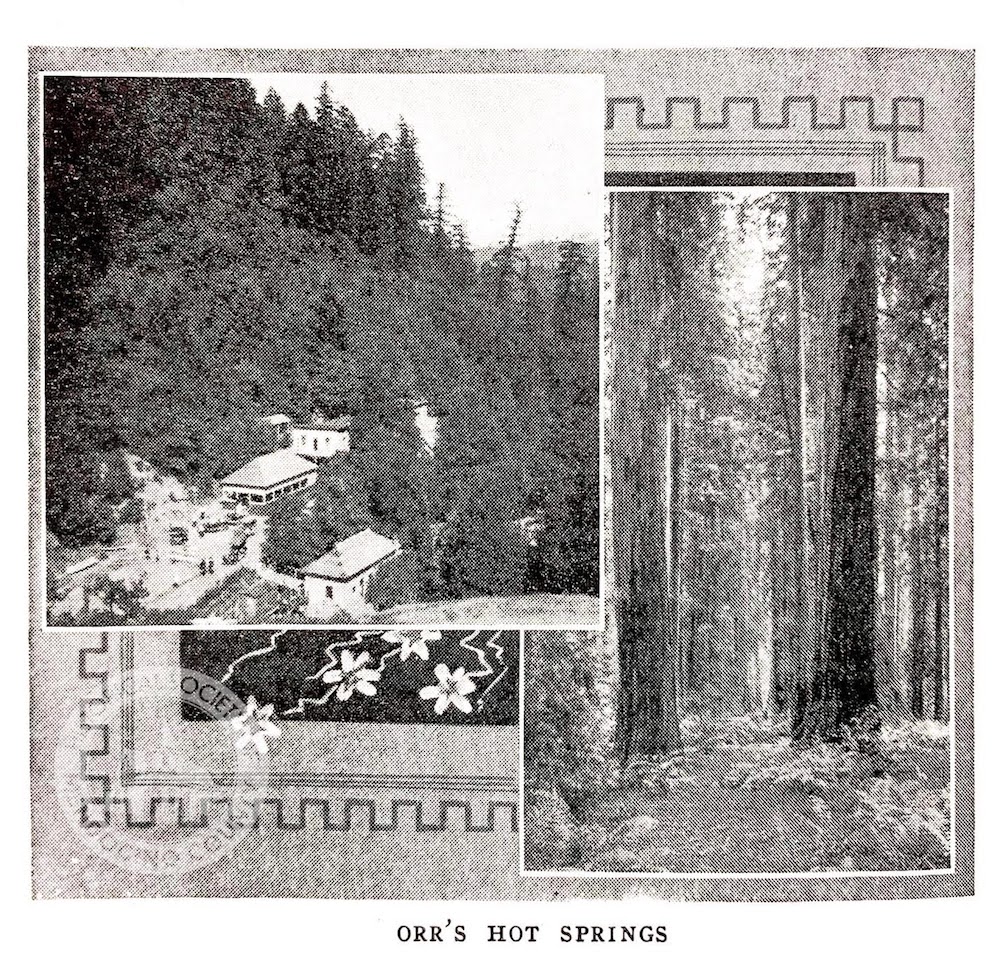 The Historical Society of Mendocino County, located in Ukiah, California, is a non-profit that collects, preserves, and shares the diverse history of Mendocino County. On-site is the Toney Archive, which houses their collection, and the Held-Poage Memorial Home. They are currently fundraising to digitize their collection. Contact them for more info at email: [email protected], phone: (707) 462 – 6969, address: 100 S. Dora St. Ukiah, CA 95482.

MENDOCINO COUNTY – Mendocino County’s farms and buildings thereon are valued at $25,714,581, according to the agriculture census compiled on January 1, 1920, and just made public by the department of commerce. There are 923,887 acres of land devoted to farming in the county, 101,220 acres of which are improved. In all, there are 1,791 farms, only 35 of which are operated by colored farmers.

The principal crops for the year 1919 are listed as follows:

ORR’S SPRINGS – many are taking advantage of this delightful weather and spending the time at Orr’s, filling the buildings to the greatest capacity.

Thomas O’Donald is delighted at being able to walk about again, having been confined to his bed over four months before coming to the springs.

UKIAH – Elsewhere in the Dispatch Democrat this week appears the announcement of the Holz Feed Co., which has its place of business at the south east corner of Main and Perkins streets. The proprietor is L. J. Holzhauser, who has sold his interest in Ukiah Milling Co. He will conduct a general feed and commission business at the new location, beginning July 1, and will buy and sell all kinds of farm produce, besides grinding feed to order.

His friends will wish him well in his new location.

UKIAH – Construction work has formally begun on the Tahoe-to-Ukiah Highway, Wednesday when civic bodies from the City in Lake County and a large number of interested people met at a point several miles northeast of the city where construction work was scheduled to begin and after speeches and felicitations the construction crew in charge of the steam shovel got busy and made dirt fly. There are some 75 men at work on this first strip of road. This new highway starts from a point 3 miles north of the city branching off from the highway leading to Humboldt County and proceeds easterly up Gravelly Valley entering Lake County not far from the beautiful Blue Lakes. The road goes by way of these lakes and also by Clear Lake and Bartlett Springs and then to Williams and the Sacramento Valley and on to Tahoe. The first contract calls for the construction of 13 miles of road into Lake County. The contract price for this work was $145,000. It is estimated that the whole road to Tahoe will cost $3 million.

COVELO – Paul T. Wolf, son of Max Wolf, one of the owners of the Round Valley Dairying Co., Chas. H. Rosenbaun, Wm. Kestermenke and J. M. Cavanaugh came up from San Francisco last week. Mr. Cavanaugh and Mr. Kestermenke are installing a new mechanical milker. This machine is the invention of Palmer B. Hewlett, a prominent San Francisco inventor of electrical devices. The milker operates on the electric magnetic principal, being more positive than any other type, and promises to revolutionize the mechanical industry.

HOPLAND – Commencement exercises were held last evening at the Hopland High School. There are two graduates as follows: Gladstone B. Sperry and Francis Sierck. The commencement address was by Dr. J. V. Breitwieser and was on “The Also Rans.” Others taking part in the program were Opal Eckhart and Evelyn Shimmin, who rendered a piano duet; Miss Winifred Van Hagan, who gave a talk on physical education. Diplomas were presented by Principal F. L. Caughey.