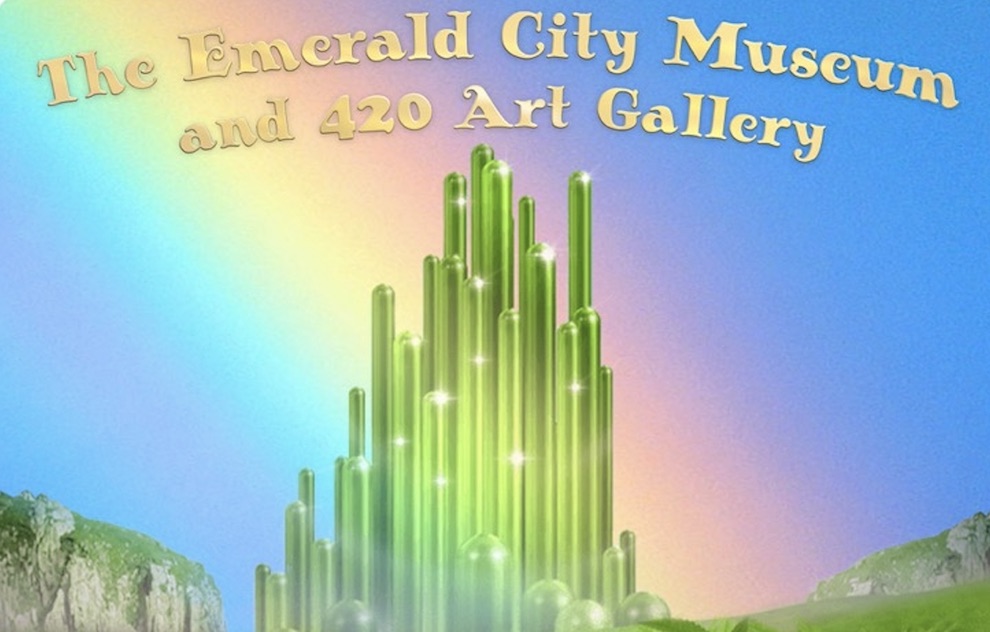 WILLITS, 4/6/21 — Mendocino County’s cannabis history spans many decades, weaving together strains collected around the world and various characters that have grown into well-known luminaries in the Emerald Triangle. While California’s move towards recreational and commercial cannabis has undoubtedly changed the local landscape of cannabis gardens, many aspects of the local industry are still flourishing, while other parts of this heritage culture may soon go up in smoke. Starting on April 20 until late June, a new exhibition will be on display at the Recall building in Willits to showcase this storied past and share stories from some local cannabis speakers.

The Emerald City Museum, which briefly opened last March but was shuttered early due to the pandemic, will re-open with an April 20th (4/20) event featuring Pebbles Trippet, well-known cannabis activist, a surprise speaker, displays from local artists, and cannabis history memorabilia, including the Protopipe, which was invented 50 years ago and manufactured in Willits for a time.

Here’s the announcement and flyer for the event and exhibition:

THE EMERALD CITY MUSEUM is RE-OPENING in WILLITS!

On 4-20 in Willits, the Emerald City Museum is re-opening!

Counter Culture Art Gallery, the 50th Anniversary of Protopipe, The Traveling Hemp Museum will be featured exhibits, as well as many unique museum pieces pertaining to the History of Cannabis from our collection.

The 420 day includes a surprise speaker, as well as the prohibition stories of Pebbles Trippett, and exhibiting local artists.

Richard Jergenson, archivist of the legendary Proto-Pipe collection, has probably the most extensive collection of Cannabis memorabilia ever assembled.

From magazines, books, art, posters, pipes, to stories and examples of early solar and other renewable energy innovations, to regenerative farming techniques started and developed by the early back to land movement, many of whom were also Cannabis farmers.

Remember the Museum is not just about Cannabis but also the incredible wealth of knowledge of sustainable living practices that these folks pioneered….

Come on down to Willits Old Rexall – 90 S Main on 4-20, expand your mind and make some new friends while you are at it!

Donation $5 and up – help us curate this historical collection that deserves a permanent home!