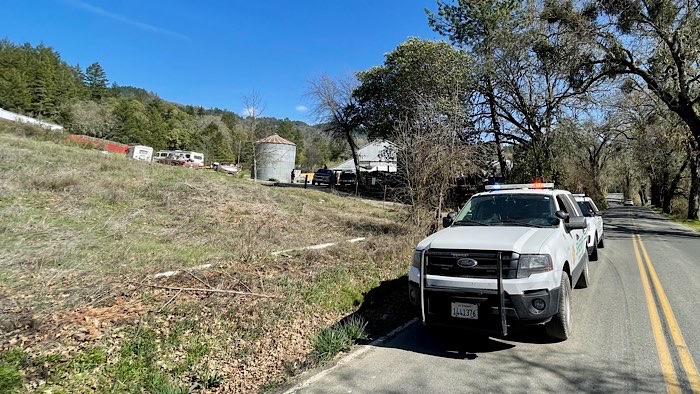 WILLITS, 4/6/21 — A fire that began in an RV on the Sherwood Rancheria, east of Willits, briefly spread to nearby brush, stoking fears of a wildfire, but was quickly controlled by the Little Lake Fire Department and Cal Fire.

According to Rudy Esquivel, who lives on the rancheria, the motorhome in question was abandoned and filled with junk. Little Lake Fire responded at about 3:30 p.m. today, to calls of smoke to the east of Mitomki Rd. They responded with several engines, as did Cal Fire, and the MCSO, but with vegetation still green after the recent rains, the little spread into nearby brush proved no match for the volunteer fire department.

By about 4 p.m. scanner traffic indicated that the fire was controlled and being moped up.